Amy Schumer owes you nothing: Celebrity selfies aren't a right — no matter how famous she is 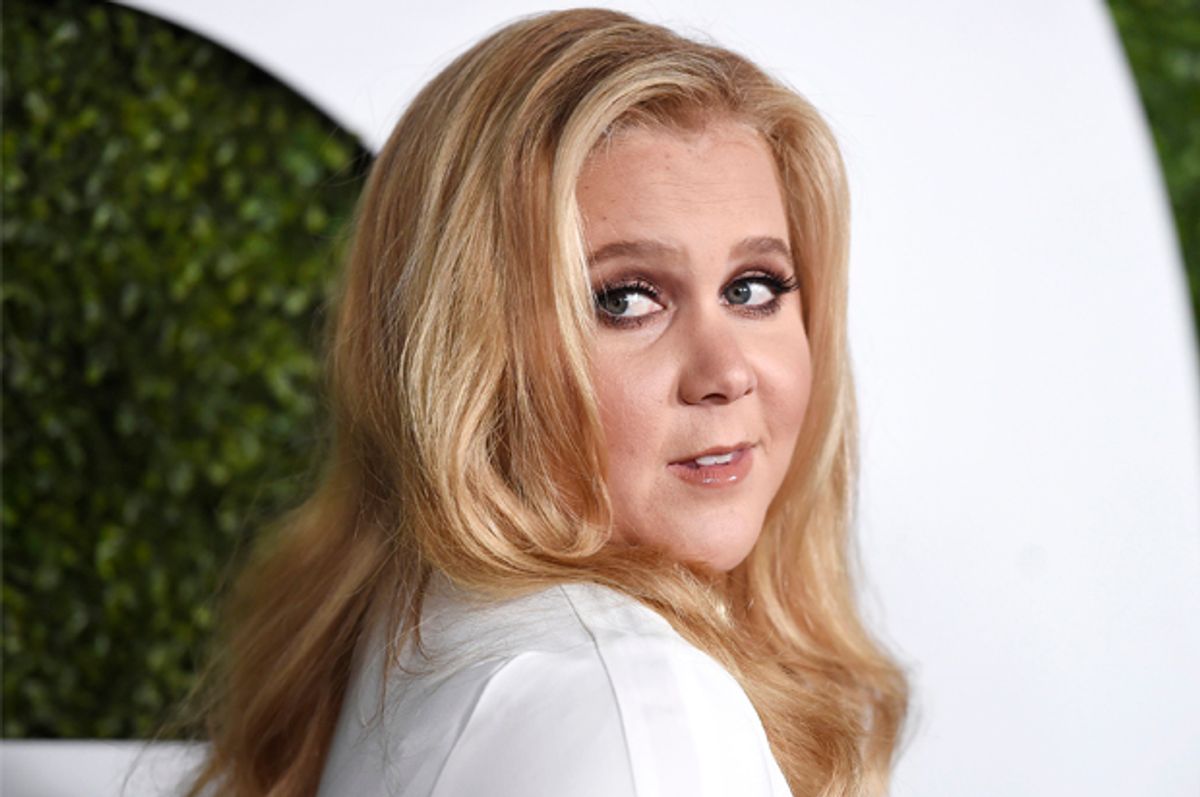 Just in case there's any confusion on this issue: Amy Schumer is not a cop. She is not a firefighter or public school teacher. She is a not a postal employee or the governor of the state of North Carolina. She is not a public servant, and your taxes don't pay her salary. If you don't want to see her movies or watch her show or attend her standup events, that's fine. But as she herself clearly articulated this weekend, she owes you nothing.

On Instagram Saturday, the 34 year-old comic posted a snapshot of a smiling, bespectacled young man, his hand in a blurry thumbs up. But that cheerful image came with a serious message. "This guy in front of his family just ran up next to me scared the shit out of me," she wrote. "Put a camera in my face. I asked him to stop and he said 'no it's America and we paid for you' this was in front of his daughter. I was saying stop and no. Great message to your kid. Yes legally you are allowed to take a picture of me. But I was asking you to stop and saying no. I will not take picture with people anymore and it's because of this dude in Greenville."

The man, identified as Leslie Brewer, has his own -- and very different -- account of events. This weekend, he contacted the Fox affiliate in Greenville to say that he had been merely walking down the street when several people began shouting that they spotted Schumer. He claims he pulled out his camera to Instagram the sighting, but backed off when she asked him to. "I did it in a non-threatening way," he says. "She says I got all up in her face, and it was completely different from the video." In an edited clip he posted on Instagram, he grins into the camera as he says, "Sorry," and she asks, "Can you delete that?" It's followed by a shot of him saying afterward, "Then she got mad at me." The post is captioned, "Amy schumer just got mad at me and cussed me out lmao!!! Awesome." So it sounds like he had a good time anyway.

As Fox Greenville reports, "Brewer said he was upset when Schumer brought his daughter into the conversation and the two had a disagreement about him recording the video. He said Schumer began walking away but then turned around and came back. He thought she was going to apologize but said instead, she told him she was going to take his picture and share it with her four million followers." And he now says, "You're a celebrity. I understand you want to blast me but that's petty, that's beneath you."

On her Instagram, Schumer has attracted several supporters — as well as detractors calling her "rude" and who side with the point of view that "You owe your way of life to your fans" and "You wanted to be famous, you wanted to be a celebrity, and I'm sure you watched TV before and know all the stuff that comes with it, fans, paparazzi and all that stuff." Naturally, there's also plenty of commentary along the lines of the person who says, "Celebrities always think their [sic] above and beyond and for her to threaten him show how much a manipulative liar she is especially to have people attack this man for NO reason! Shame in you AMY and I would tell you in your face and snap a picture of your fat head!"

I'd say that sounds like the beginning of a great "Inside Amy Schumer" sketch, but it's already been done!

Even with conflicting accounts of what originally went down between Schumer and Brewer, it should be obvious that being able to walk down the street without some man trying to make one woman's day about his need for attention is a privilege that even ladies who aren't remotely famous don't always get to enjoy. Women — celebrities and obscure alike — are expected to be friendly, accommodating and nice. Yet they also face the possibility of harassment, verbal abuse and worse, just for being out in public while female. Whatever Brewer's perhaps innocuous intentions, Schumer's assessment that the guy "scared the shit" out of her quite likely is the product of previous real and scary experience. And I wonder if the critics calling her "rude" honestly believe that because a person has wealth and fame she's no longer entitled to security and privacy.

Schumer, meanwhile, returned to social media this weekend to clarify her remarks, explaining on Twitter that "I am grateful to people who like my work and support me but not the ones who think that behavior is ok." And she says, "Thanks for the kind words and support. I know there are bigger problems in the world. But this was not right… I'll still take pictures with nice people when I choose to if it's a good time for that. But I don't owe you anything. So don't take if I say no."