Lindsey Graham: If Trump wins the GOP "civil war," there will be "another 9/11"

"If you are embracing Donald Trump, you're destroying conservatism," the South Carolina senator added 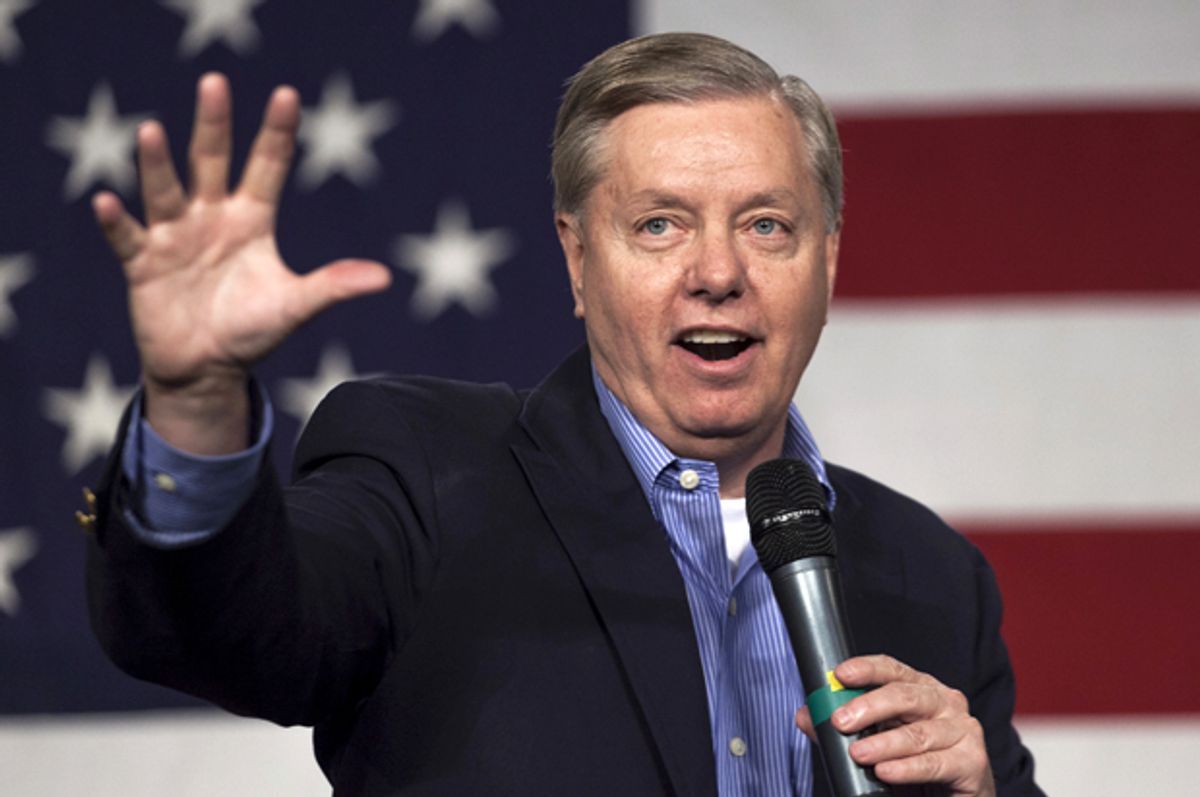 South Carolina Senator Lindsey Graham appeared on CBS' "Face the Nation" Sunday and declared that if Donald Trump is elected, his foreign policy would "lead to another 9/11."

Graham acknowledged that there's a "civil war" going on within the Republican Party, and that it's Trump's fault -- but he went one step further, declaring that Trump isn't just a dangerous choice for his party, he's a deadly choice for the nation.

"There's a civil war going on in the Republican Party, obviously," he said. Former House Speaker "John [Boehner] and I are very close friends, but he's embracing Donald Trump, and I am not. Why? Because I believe Donald Trump's foreign policy is isolationism. It will lead to another 9/11."

Graham said he's not simply supporting Texas Senator Ted Cruz, but will be actively urging him to "go to the last vote -- Trump's gotten 40 percent of the popular vote. That doesn't give you 1,237 delegates. I think he could still stop [Trump], even if he loses in Indiana."

He later referenced former Speaker Boehner's comments about Trump, saying that "[t]here's been a lot of talk about Lucifer. I think Lucifer may be the only person Trump could beat in a general election -- but when it comes women and Hispanics, Trump polls like Lucifer."

"If you are embracing Donald Trump, you're destroying conservatism," he added. "You will make it hard for this party to ever regain footing with Hispanics, because his immigration proposal is unworkable, is hateful. When it comes to women, we're alienating women, who should be coming our way after eight years of Obama."