Rafael Cruz: A vote for my son is a vote "according to the word of God"

"Vote for the candidate that stands on the word of God," Rafael Cruz implored voters in a pitch on his son's behalf 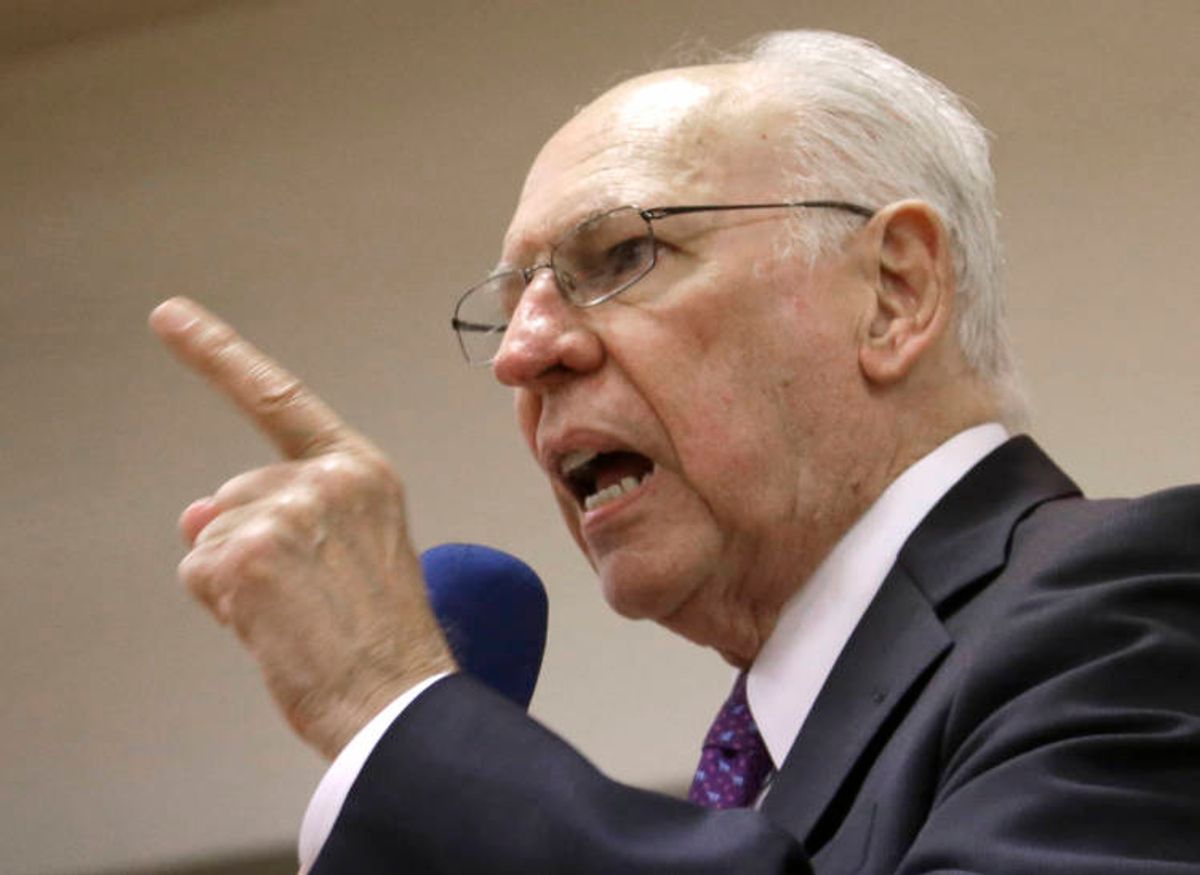 FILE - In this Jan. 10, 2014 file photo, Rafael Cruz, father of Sen. Ted Cruz, R-Texas, speaks in Madisonville, Texas. In the year that will pass before the 2016 campaign for president formally kicks off with the votes in the Iowa Caucus, any number of candidates, donors, political operatives _ and people who have nothing to do with American politics _ will shape the race for the White House. (AP Photo/Pat Sullivan, File) (AP)
--

According to Ted Cruz's father, the evangelical pastor Rafael Cruz, Indiana primary voters hoping to vote "according to the word of God" should check the box next to his son's name.

Ted Cruz faces a potential do-or-die moment in Indiana. If the Texas senator fails to win the state's critical primary on Tuesday, he will have little hope of denying his rival Donald Trump the delegates necessary to clinch the Republican presidential nomination before the party's convention in July. Cruz trailed Trump by 15 points in Indiana as of Sunday, according to an NBC News/Wall Street Journal/Marist poll.

Religious voters are a critical component of Cruz's path to victory in Indiana. Rafael Cruz has contributed to the campaign by recruiting pastors across the state to his son's cause, the Washington Examiner reports.

In a video posted to the American Family Association of Indiana' Facebook page, Cruz made an appeal to the state's religious community on his son's behalf:

"I implore, I exhort every member of the Body of Christ to vote according to the word of God, and vote for the candidate that stands on the word of God and on the Constitution of the United States of America. And I am convinced that man is my son, Ted Cruz. The alternative could be the destruction of America."