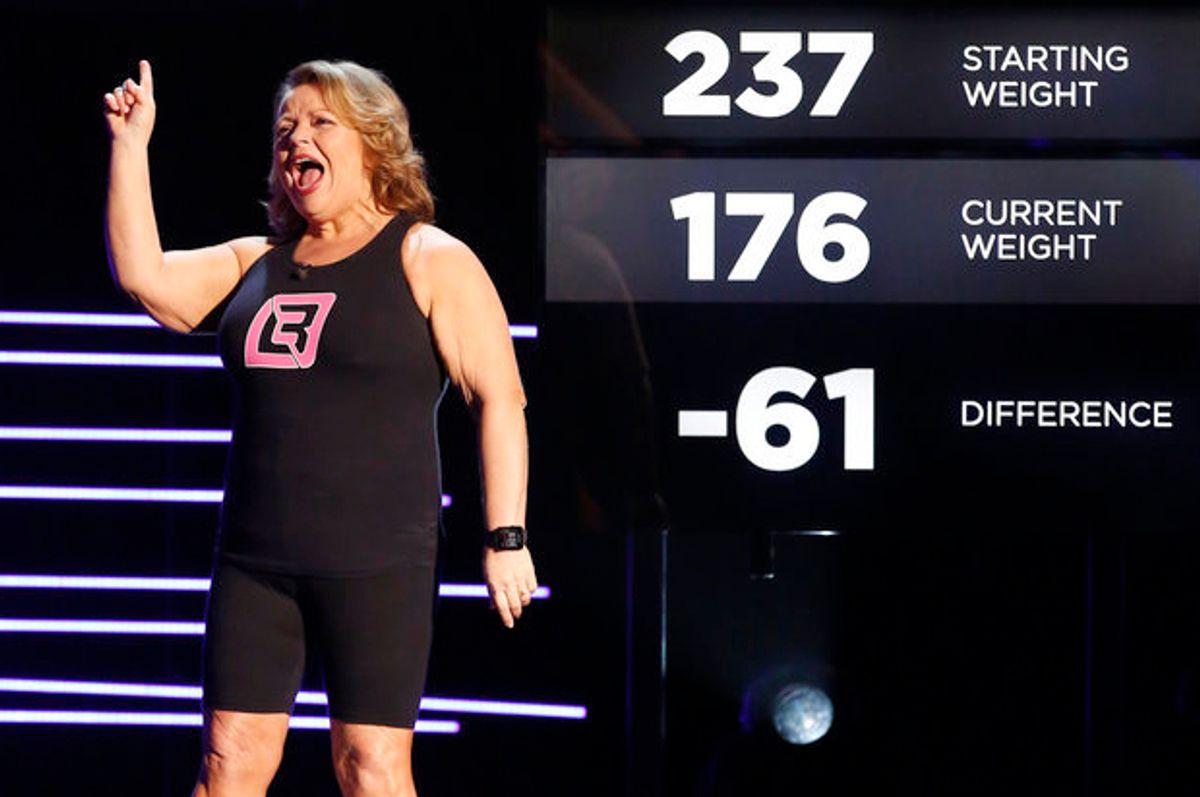 Just as surely as appearing on "The Bachelor" almost never guarantees a future of wedded bliss, a stint on "The Biggest Loser" is a pretty dicey path to long-term weight loss success. We know this. We have known this for years. Yet a new in-depth New York Times feature by Gina Kolata reveals just how bad the metabolic tyranny of rapid weight loss diets can be — even as the fairy tale of extreme transformation endures.

"The Biggest Loser" has been a part of NBC's lineup for a dozen years now and has spawned a multimillion dollar industry of cookbooks, workout DVDs and apparel. It's also amassed a veritable army of seriously overweight participants, and even more aspirational viewers at home, hoping to lock on to the secret of changing their bodies and changing them rapidly. It's a formula that has produced some dramatic television moments — but for years, health experts and former contestants have been warning that a quick change is rarely the path to a safe or durable result.

Seven years ago, the New York Times warned that for contestants, "Health Can Take Back Seat" as they endure "severe caloric restriction and up to six hours a day of strenuous exercise." And it soberingly reported that "The winners of the first four seasons of the show each have added at least 20 percent to their weight at the end of the show." A 2010 LiveScience "Biggest Loser" feature noted that "Extreme methods of dropping pounds are less likely to work in the long run." And in a New York Post interview just last year, former contestant Kai Hibbard said that while she was enduring the show's intense regimen, "My hair was falling out. My period stopped. I was only sleeping three hours a night," and that today, "My thyroid, which I never had problems with, is now crap." She currently calls the show "a fat-shaming disaster that I’m embarrassed to have participated in."

Yet the contestants keep coming, vying for a spot in a televised endurance test that seems all but destined to fail in the long term. As Kolata reports in the Times, during his stint on the show, contestant Danny Cahill lost a stunning 239 pounds in seven months — and then gained a hundred back. Other contestants are now even heavier than when they appeared on the show. Why? No doubt it's easier to put pounds back on when taking them off is no longer one's full time job. Take away the fitness trainers and the meal plans and put a person back in the world of office birthday parties, and no wonder weight can creep back up.

But what's happened to so many former "Biggest Loser" contestants represents far more than something that can be chalked up to a return to old ways. It's that, as Kolata explains, when a body undergoes something as radical as the show's contestants have withstood, the system resets itself. Scientist and metabolism expert Kevin Hall followed the show's graduates for six years, and the results were, in his words, "frightening and amazing." Kolkata writes, "As the years went by and the numbers on the scale climbed, the contestants’ metabolisms did not recover. They became even slower, and the pounds kept piling on."

For example, Sean Algaier, who currently appeared on "The Biggest Loser" at 444 pounds and is currently back at that weight, now "is burning 458 fewer calories a day than would be expected for a man his size." Former contestants' hormone levels have changed; their appetites are different. The science is pretty clear — drastic, rapid weight loss is almost always a bad idea.

But who's going to watch a TV show about somebody losing a pound a week, right? Who's going to buy into a brand that seems to offer steady progress and nutritionally sound advice? After all, after the creation myth, what do humans gravitate toward more than the one of transformation? A man becomes a god. An ugly duckling becomes a swan. (Related: Remember "The Swan?" Yikes.) Who hasn't ever been entranced at the idea that a little tap of a magic wand — or a radioactive spider bite — could have the power to make the ordinary heroic? Who's never fantasized that underneath the glasses/clumsiness/weight there's a superior "real" version ourselves waiting to be unleashed? It's the physical equivalent of hitting the lottery, the overnight success of which dreams are made.

That kind of "Ta da!" turnaround can be entertaining as hell when it's a show about a house in need of repair, or a restaurant with a "nightmare" kitchen. Put some new paint on the thing, knock down a wall. But when you're literally messing around with the structure of a human being, the results can be devastating. And when midnight chimes and carriages go back to being pumpkins, what crueler ending to the story could there be than to worse off than at the start of the tale? As Algaier says, "It’s kind of like hearing you have a life sentence."