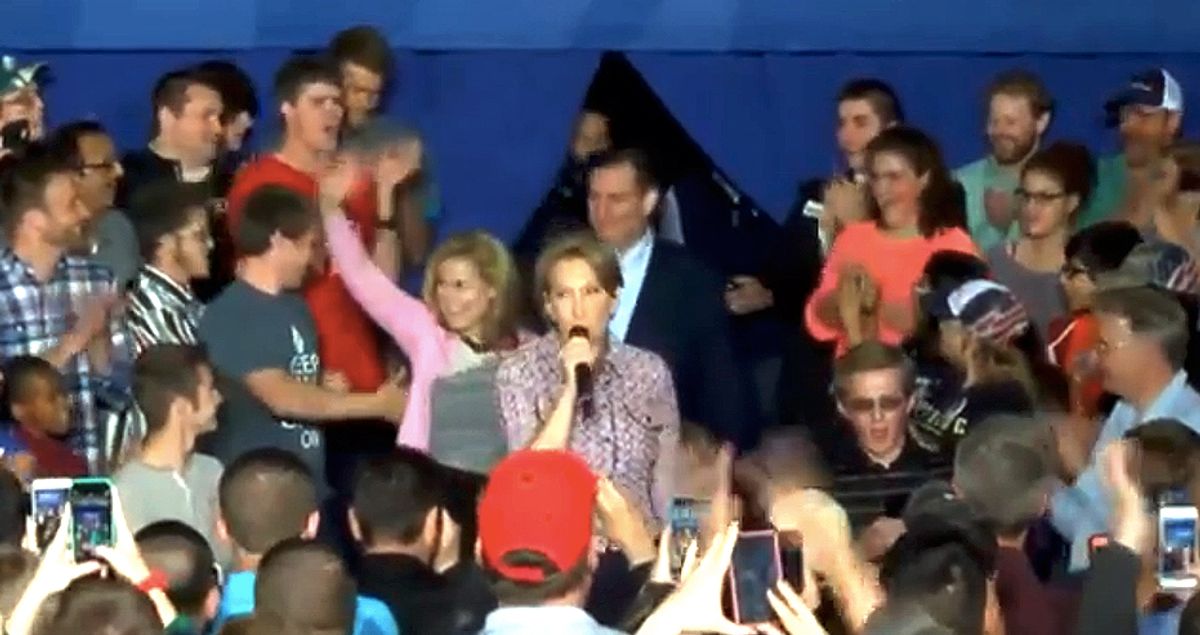 For the second time this Republican presidential primary cycle, Carly Fiorina has fallen from her perch at the number two spot -- but this time, more than her poll numbers are plummeting, as the already failed presidential candidate actually fell off the stage Sunday after introducing her running mate, Ted Cruz.

"The next President of the United States -- Ted Cruz!" Fiorina enthusiastically announced after introducing Cruz's wife and daughters at a rally in Indiana. Seconds later, the failed Hewlett Packard executive fell off the stage.

While Cruz's wife, Heidi, immediately reached for the falling Fiorina, the presidential candidate himself only appeared to offer his running mate a parting glance as he continued to shake hands with supporters in the crowd -- one of whom is aptly wearing a "Keep Calm and Cruz On" t-shirt:

And Carly was supposed to be a boost in Indiana --the last stand for the Cruz campaign -- in a week with talk of basketball "rings" and that "endorsement" from Governor Mike Pence.