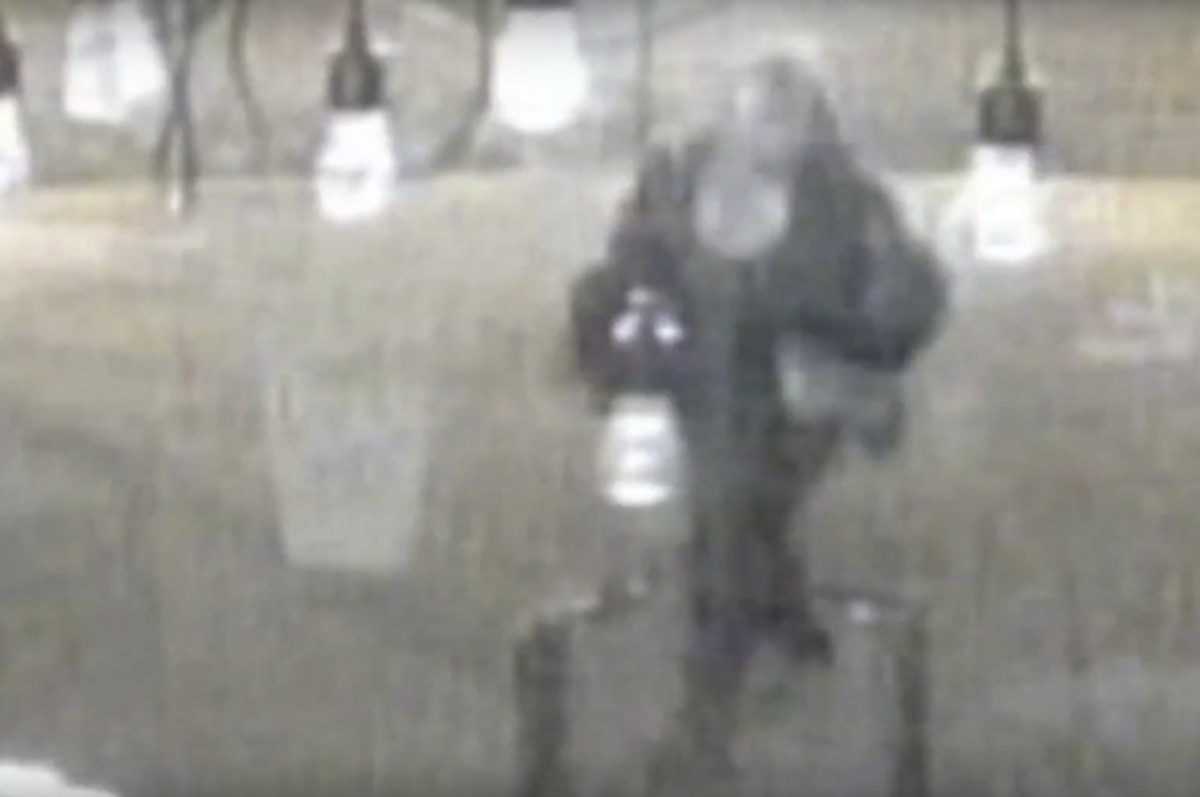 A Donald Trump supporter allegedly assaulted a black woman wearing a hijab and told her she is a "terrorist," according to local media reports.

Surveillance video  released by Washington, D.C. police on Monday shows a white woman with blonde hair accosting a visibly Muslim woman outside of a coffee shop in northwest D.C.

The victim said the woman attacking her shouted slurs such as “f**king Muslim trash,” and told her to “go back to where you came from,” the civil rights group the Council of American-Islamic Relations, or CAIR, reported in a statement.

The attacker also allegedly shouted out that she was voting for Donald Trump and said hoped the far-right Republican presidential front-runner would send “all of you terrorist Muslims out of this country.”

Trump has run an overtly racist, xenophobic campaign and has called for a ban on Muslims from entering the U.S.

"A Caucasian lady with blond hair walked right past me," the woman, who asked to remain unidentified, told local TV station WJLA. "Then as soon as she sat down she started talking about me. Saying 'F**king Muslim. Trash, worthless piece of Muslim trash. You all need to go back to where you came from.'"

There is no audio in the surveillance footage, but the victim managed to record a short video clip in which someone can be heard saying "You're a terrorist. So stupid."

In fear of the attacker, the victim said she called 911, but the police officer who arrived said he could not do anything to help her and left.

When the officer left, the Muslim woman says the attacker returned, shouted at her again and poured an unknown liquid with a strange smell on her.

After the second incident, the victim called 911 again, and filed a police report.

"I'm more nervous than ever," she told WJLA.

The attack took place on April 21. Police are investigating it as a possible hate crime.

The video footage can be seen below. It shows the white woman pouring liquid on the Muslim woman at 0:44.

“We urge investigators to seek out and preserve any surveillance video relevant to the case and to bring hate crime charge enhancements once the alleged perpetrator has been apprehended,” said CAIR National Communications Director Ibrahim Hooper in a statement.

CAIR stressed that this attack comes at a time of rising racism and xenophobia and ever-increasing attacks on Muslim Americans.

From November to December, hate crimes against Muslim Americans and mosques tripled in the U.S., according to research by California State University, San Bernardino’s Center for the Study of Hate and Extremism.

A study conducted by CAIR and reported by CNN found that from the beginning of 2015 to early December there were at least 63 acts of vandalism, harassment and anti-Muslim bigotry at U.S. mosques and Islamic centers. A CAIR spokesman added that this figure is likely a drastic underestimate.

Islamophobic violence is at its highest level since after the Sept. 11, 2001 attacks. Anti-Muslim hate crimes that have taken place in recent months include arsons, shootings, assaults, death threats and acts of vandalism.

A criminologist told the New York Times "terrorist attacks, coupled with the ubiquity of these anti-Muslim stereotypes seeping into the mainstream, have emboldened people to act upon this fear and anger."