"If I wanted to f*ck with people, do you really think I'd go into climate science?" said one actual scientist 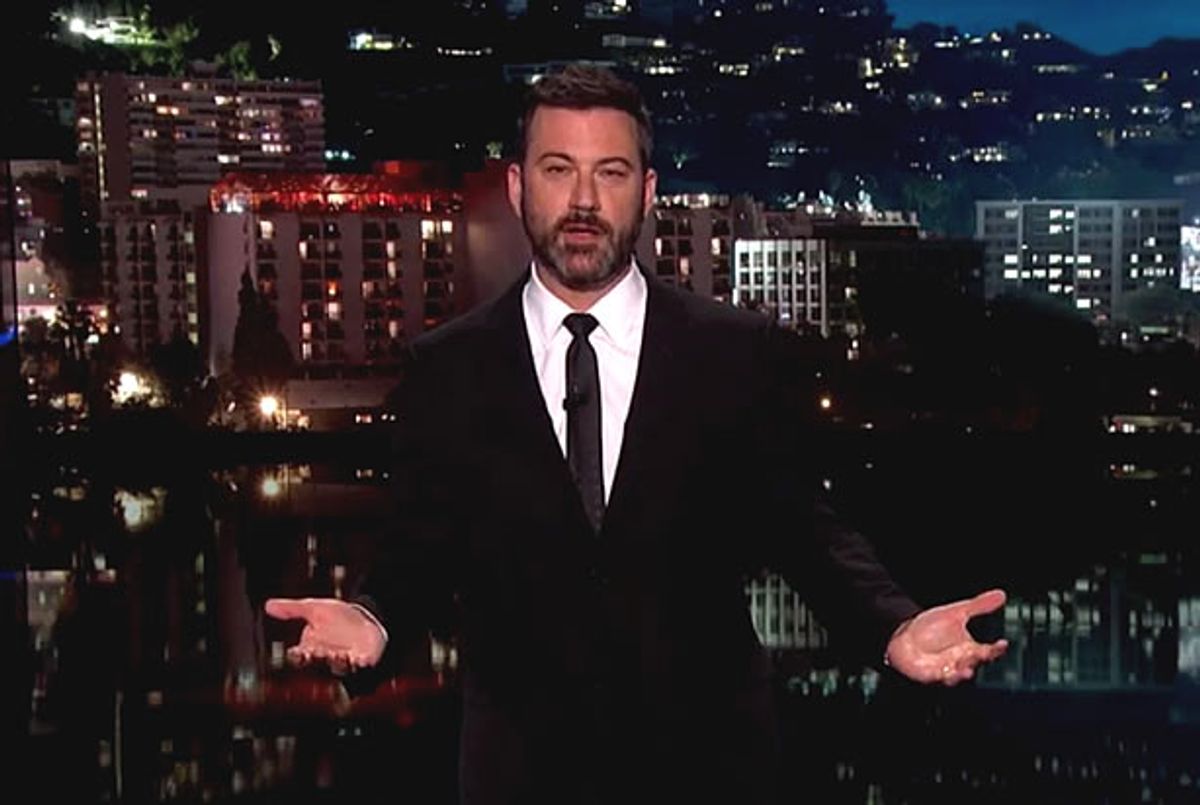 Jimmy Kimmel took the gloves off last night and launched into Sarah Palin's infomercial for the oil industry "Climate Hustle."

He began by playing a clip from the film, in which noted non-scientist, failed vice presidential candidate, and half-term Alaska governor Palin argued that anthropogenic climate change is a myth that's "perpetuated and repeated so often that too many people believe that, ‘Oh, well, if 97 percent of all scientists believe that man’s activities are creating changes in the weather, who am I to question that?’"

Kimmel directly answered her question: "Exactly -- who are you to question that?"

"The idea that she knows more than 97 percent of scientists is offensive and dangerous," he added. "No matter what Sarah Palin and these geniuses she surrounds herself with try to tell you, climate change is not a liberal-versus-conservative thing"

Watch the entire segment in all its glory below via Jimmy Kimmel Live.