In the wake of his sudden loss, Oswalt opens a new kind of conversation with his fans about grief 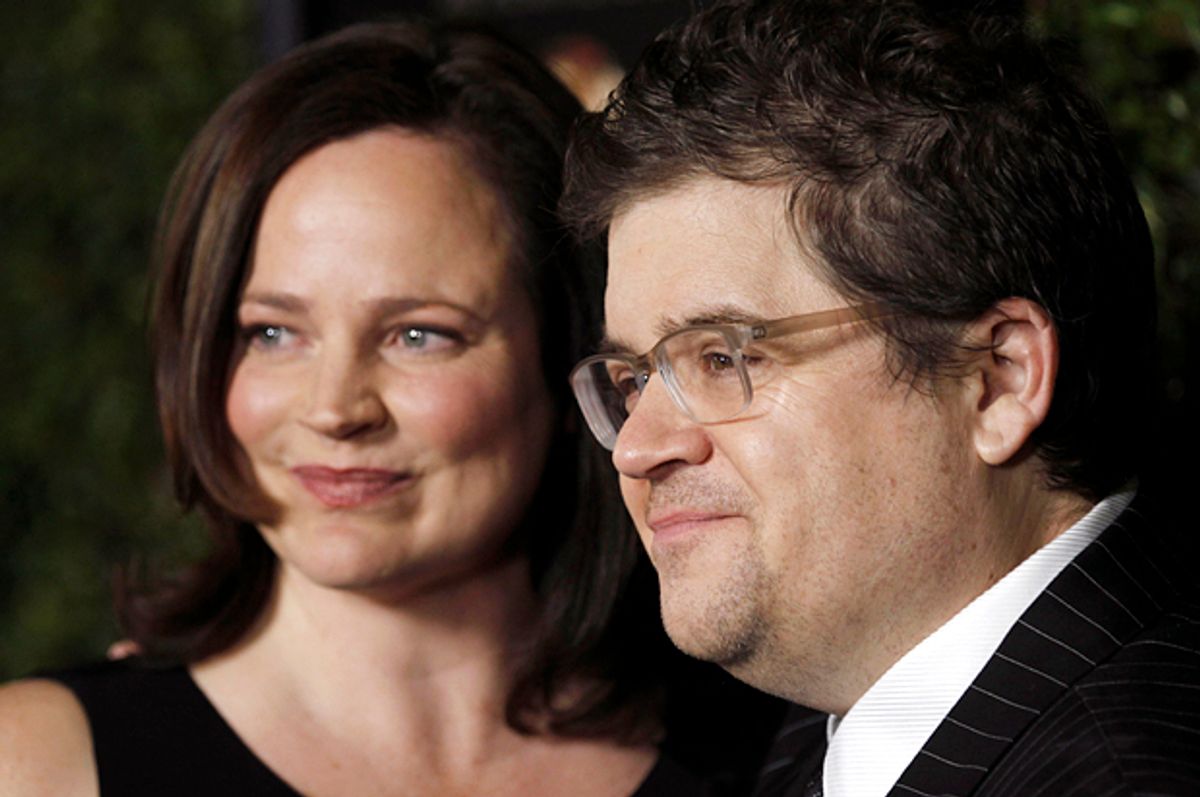 Patton Oswalt is not a man at a loss for words. He's a tireless performer whose latest Netflix special, "Clapping for Talking," debuted just late last month. He's the seemingly omnipresent supporting actor on every brilliant comedy you watch. He's a staggeringly prolific tweeter, and the kind of person who can — effortlessly, so it would appear — spin a character's attempt at filibustering into a brilliant eight minutes of improvised gold. Yet in aftermath of his wife's sudden recent death, he's chosen to, for now, let his seven year-old daughter carry the simple, brief message of love and loss for the family.

Oswalt's wife, writer and creator of TrueCrimeDiary.com Michelle McNamara, died in her sleep at her Los Angeles home on the night of April 21. A cause of death has not yet been determined. Looking at Oswalt's Twitter timeline, his loss seems all the more acutely sad when you see what immediately preceded it — a link to a "a REALLY fun interview" in HuffPo, and then, his public grief for Prince. And then, just a tweet, with no comment, linking to the Hollywood Reporter's announcement of his wife's passing.

In the days that have followed, he's kept mostly quiet, retweeting a few stories about his wife and her work. On April 29, he wrote, "She wrote lines that stung & hummed. 13 years in her presence was happily humbling. #RIPMichelleMcNamara" and included a link to donate in her name to the literacy program 826LA. But on Sunday, he posted a quote. "When your mom dies you're the best memory of her," he wrote. "Everything you do is a memory of her. -- Alice Oswalt, 7." It's been shared more than 20,000 times.

There's no rule book for how to grieve on social media. After Sheryl Sandberg's husband Dave Goldberg died suddenly last year during a family vacation, she waited through the traditional Jewish period of mourning and then posted a lengthy message on Facebook expressing her gratitude, her pain and her intentions for moving forward.  She has continued to share, in detail, her journey through widowhood, posting just this past Monday, "My deepest thanks to my family and friends who have shared their memories of Dave and carried me and my children through this past year. I will always miss you, Dave. There is no end to love."

After Robin Williams died in 2014, his daughter Zelda shared on Instagram, "I love you. I miss you. I’ll try to keep looking up" — but soon had to take a social media break because of the negativity of the troll brigade. A year after his suicide, she returned to speak publicly about her experience, saying on Instagram that "I live my sadness every day, but I don’t resent it anymore. Instead, I do it now so that the wonderful moments of joy I do find are not in order to forget, but to inhabit and enjoy for their own sake."

Oswalt is no doubt focusing his energy on his young daughter. A loss like his would be awful enough without it also being a child's loss of her parent. I know far too many young widows and widowers, and I know the fact that their children have been cheated out of years of memories of their mothers and fathers is one of the hardest things to bear. By offering a glimpse into his family's current experience of loss, Oswalt opens a new kind of conversation with his fans and supporters about love and remembrance. And he's making it clear that he, too, intends to live as Michelle McNamara's best memory in the world.