Artist says she was assaulted for painting a nude Donald Trump with a micropenis: "All I could hear was 'Trump 2016'"

"I have received threats of violence & people say they were coming to kill me," the 24-year-old says of Trump fans 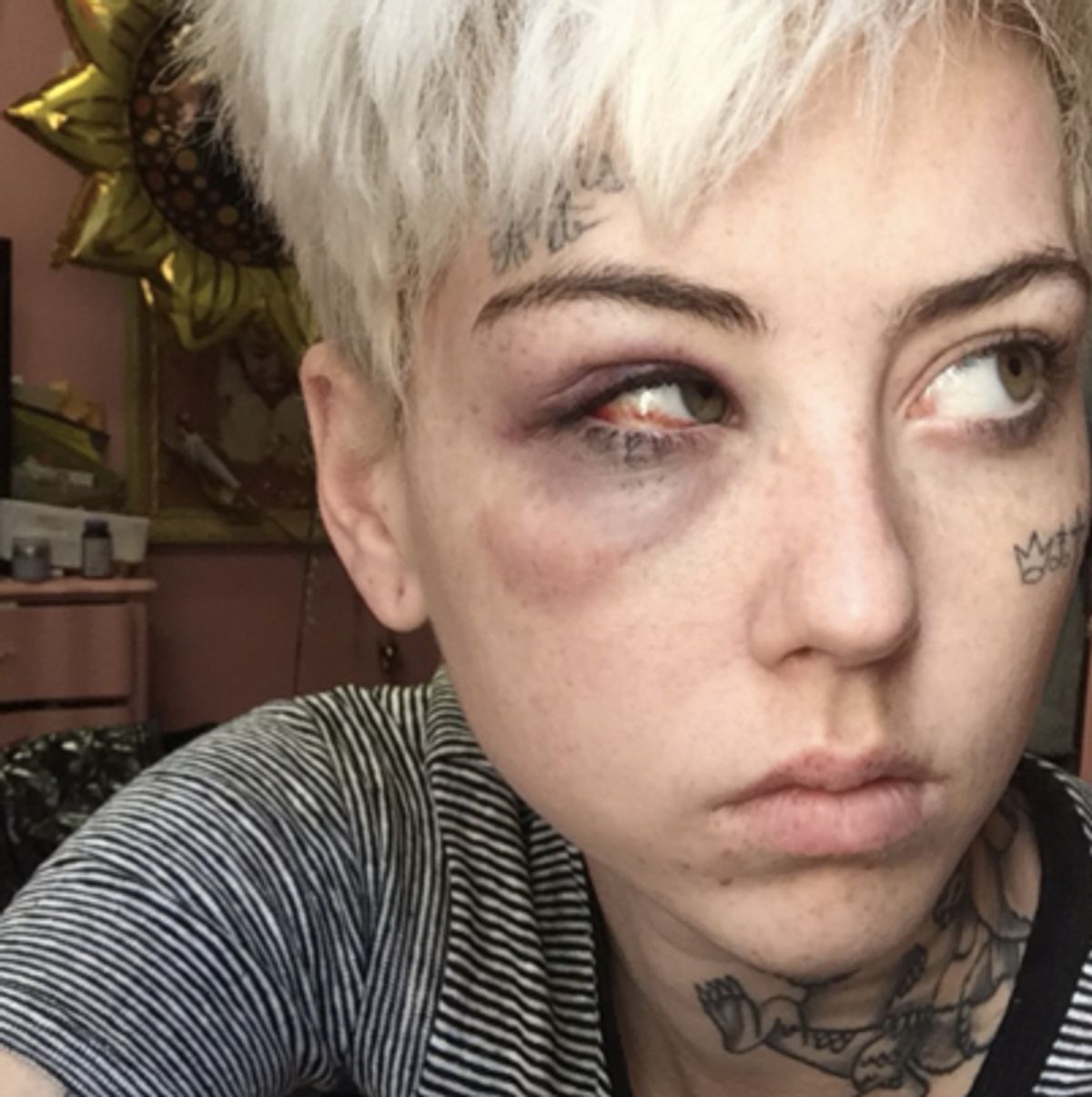 Los Angeles artist Illma Gore, 24, says she was accosted and punched over her drawing of a naked Donald Trump (Illma Gore)
--

A young artist who depicted Donald Trump in the buff with a less than flattering depiction of the newly "presumptive" Republican presidential nominee's genital claims to have been violently assaulted by Trump supporters in Los Angeles.

The work “was created to evoke a reaction from its audience, good or bad, about the significance we place on our physical selves,” Gore wrote on her website at the time of the portrait's release. “One should not feel emasculated by their penis size or vagina, as it does not define who you are. Your genitals do not define your gender, your power, or your status." The Trump painting featuring a minuscule penis has since earned bids around $150,000 and an exhibition in the Maddox Gallery in Mayfair, London.

“Simply put, you can be a massive prick, despite what is in your pants,” Gore said of her drawing: "Anyone who is afraid of a fictional penis is not scary to me," Gore later told the Independent before the alleged attack but after receiving threats from Trump supporters, including a phone call threatening legal action from someone claiming to be a member of Trump's team.

Gore's understanding of Trump supporters as essentially harmless changed last week, however. "On Friday, Gore was suddenly confronted by a violent, shirtless stranger in broad daylight. She was walking to an art supply store near La Cienega Boulevard," a local NBC News affiliate reported.

“Today I was punched in the face by a man who got out of his car and yelled, ‘Trump 2016!’ in Los Angeles,” Gore wrote on Instagram, tagging the Republican candidate and urging him: “Make America Decent Again!”

Today I was punched in the face by a man who got out of his car and yelled, "Trump 2016!" in Los Angeles, just days after I returned home from London just down the road from my house. Though I encourage passion, opinion and emotion, especially though art, I think violence is disgusting. To live in a place where Facebook has given my address to an anonymous third party makes me feel like I am homeless again. This type of violence makes creatives feel like we live in a world where our individual creative input isn't safe. I am sad that this is the state of our America right now. I am sad that Trump, and many of his supporters, don't find words enough to express their opinions - they need walls, waterboarding and punches. @realdonaldtrump Please stop glamorizing and perpetuating violence. Make America Decent Again! #makeamericadecentagain No, they have not been caught, and the men drove off laughing. A detailed police report has been filed.

"Though I encourage passion, opinion and emotion, especially though art, I think violence is disgusting," she continued. "I am sad that this is the state of our America right now. I am sad that Trump, and many of his supporters, don't find words enough to express their opinions - they need walls, waterboarding and punches."

According to NBC News, the Los Angeles Police Department is investigating the assault and Gore shared the police report of the attack she filed with the New York Daily News.

"Many threats of violence and death threats have come through my social media from (Trump) supporters," Gore told the News. "This is the first physical attack."

As the likely Republican presidential nominee has taken his controversial campaign to California, violence has already become a hallmark with a massive melee recently erupting outside of his first rally in Orange Country and demonstrators briefly infiltrating the California Republican Party's recent convention to protest Trump's attendance.