Now Kasich's out, too: Ohio governor suspended his presidential campaign 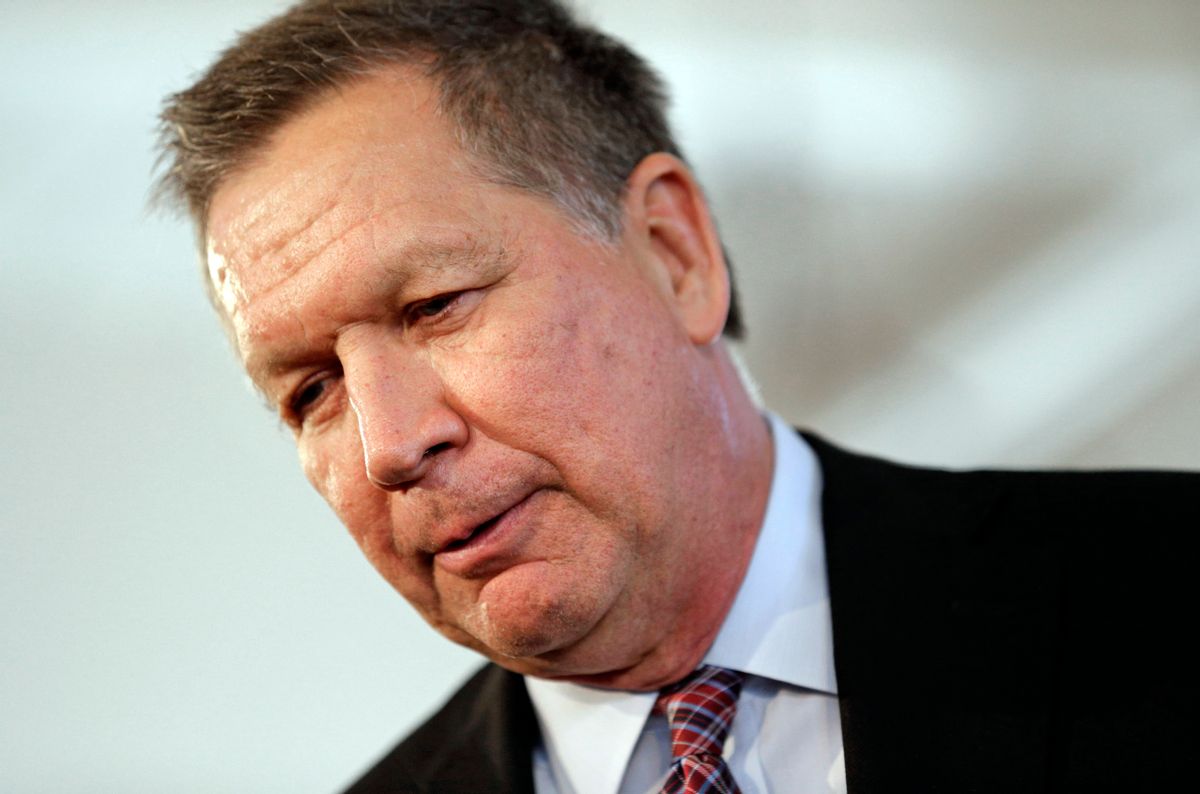 Kasich had only one primary victory in his home state of Ohio, but remained in the race even though it was mathematically impossible for him to win the GOP nomination. The governor had formed a brief alliance with Cruz last week in an attempt to stop Trump from clinching the nomination, and argued that no candidate would be able to earn the 1,237 delegates ahead of the convention, according to NBC.

With the two remaining GOP candidates dropping out in the last 24 hours, and Trump winning Indiana, it is now almost entirely certain the real-estate mogul will be the Republican party's nominee.

.@realDonaldTrump will be presumptive @GOP nominee, we all need to unite and focus on defeating @HillaryClinton #NeverClinton

Kasich campaigned on a message of positivity, staying away from personal insults that have shadowed most of the Republican primary race. The governor justified his stay in the race as he was the best Republican to win in a general election. Kasich was the only one who consistently beat Hillary Clinton in one-on-one polling, reported NBC news.

"You win a primary, you lose the general, what's the point?" Kasich said last month at an MSNBC town hall. "What do you hang a certificate on your wall? ...I'm the only one who consistently beats Hillary."

Kasich, during his press conference announcing his campaign's suspension, thanked his family and supporters. He also seemed to insult himself several times, saying he was "surprised" that people he knew came out to see him and that his campaign staffers did a lot from very little (AKA Kasich himself).

With Kasich's forfeit, Trump is now the presumptive GOP nominee. November should be interesting.