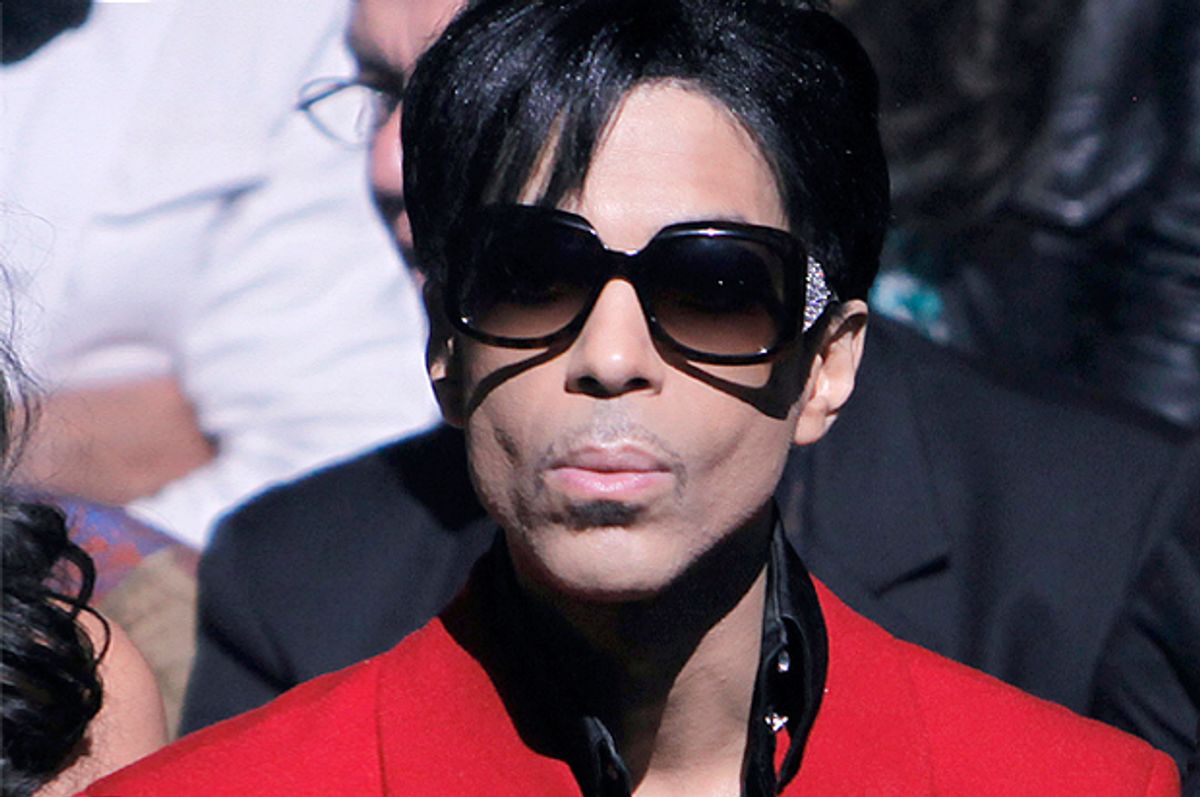 News has just broken about the circumstances around Prince's death, and it brings with it an unpleasant context that is nonetheless important to talk about. First, the news -- this comes from the Minneapolis Star-Tribune:

Prince was found dead one day before he was scheduled to meet with a California doctor in an attempt to kick an addiction to painkillers, an attorney with knowledge of the death investigation said Tuesday.

Dr. Howard Kornfeld, a national authority on opioid addiction treatment, was called by Prince representatives the night of April 20 because Prince “was dealing with a grave medical emergency,” said William Mauzy, a prominent Minneapolis attorney working with the Kornfeld family.

This follows up reports that Prince had prescription painkillers on him when he died. At this point, we have to speculate a bit – a full report is not due for several weeks. On stage, Prince delivered a very demanding live act that had not slowed down much even as he entered his late 50s. His friend Arsenio Hall discussed what he knew about the musician's hip pain with Access Hollywood earlier this week. It's not yet clear whether the two are connected.

But it’s become pretty clear that prescription opioids have become a disaster in this country, and no matter how Prince got them, or what he was using them for, there are far too many of them floating around. They’ve led to numerous deaths – 46 per day according to one report – as well as to a rise in heroin use.

The context is even bigger, though: A new report has just appeared in The BMJ – once known as The British Medical Journal – and shows that more than a quarter-million Americans die each year from medical error. That makes it the third cause of death in this country, below only heart disease and cancer.

“Medical error” is a big term and covers a lot of different kinds of bad judgment and honest mistakes. Time, in its story on the study, describes it as encompassing “a range of potentially harmful mistakes a provider or hospital system could make: misdiagnosis, administering the wrong dosage of a medication or neglecting the care of a patient because of a communication breakdown.”

For a country as wealthy as this one, with top-notch hospitals and medical programs, and a huge portion of our national and personal budgets going to medical spending, numbers like this are just crazy. And when we're talking about potentially addictive and dangerous medications like prescription opioids, "administering the wrong dosage of a medication" and "communication breakdown" can be dangerous to any patient in pain.

What would make things better? It’s hard for a layman like me to say, but it’s pretty clear that the U.S. way of covering things like addiction and mental health, for starters, could use a serious revamp. A lot of addiction problems are dealt with through social services – or by throwing people in jail. (The very rich, of course, go to rehab.) Doctors sometimes start people on the road to addiction by prescribing pain medications, but are unable to help them once the problem becomes full-blown. And as the U.S. population grows, the number of psychiatrists who prescribe psychotropic drugs has barely budged.

What these problems have in common is doctors with little training in serious drugs prescribing them to patients, with sometimes dire consequences.

There are plenty of good and honest doctors around, but the system is seeming increasingly broken. If a wealthy person like Prince has an addiction problem so bad that it may have led to his death, what are ordinary Americans supposed to do?

We still have lots of questions about all of this. If Prince got addicted to opioids, did where he get them? Did he have the proper follow-up medical care to fully treat his symptoms, rather than manage his pain? What role did his doctor(s) play? Is there a way to curb the influence of drug companies on doctors in general?

But maybe most important: What will the American medical establishment do with the news that its system kills more than 250,000 people a year, and that one of the country’s greatest musician may have been one of its most recent casualties?