This election is going to suck: Why Hillary vs. Trump will be vicious, infuriating & bad for America

In November, America will choose between a triangulating insider and a blustering neofascist. What could go wrong?! 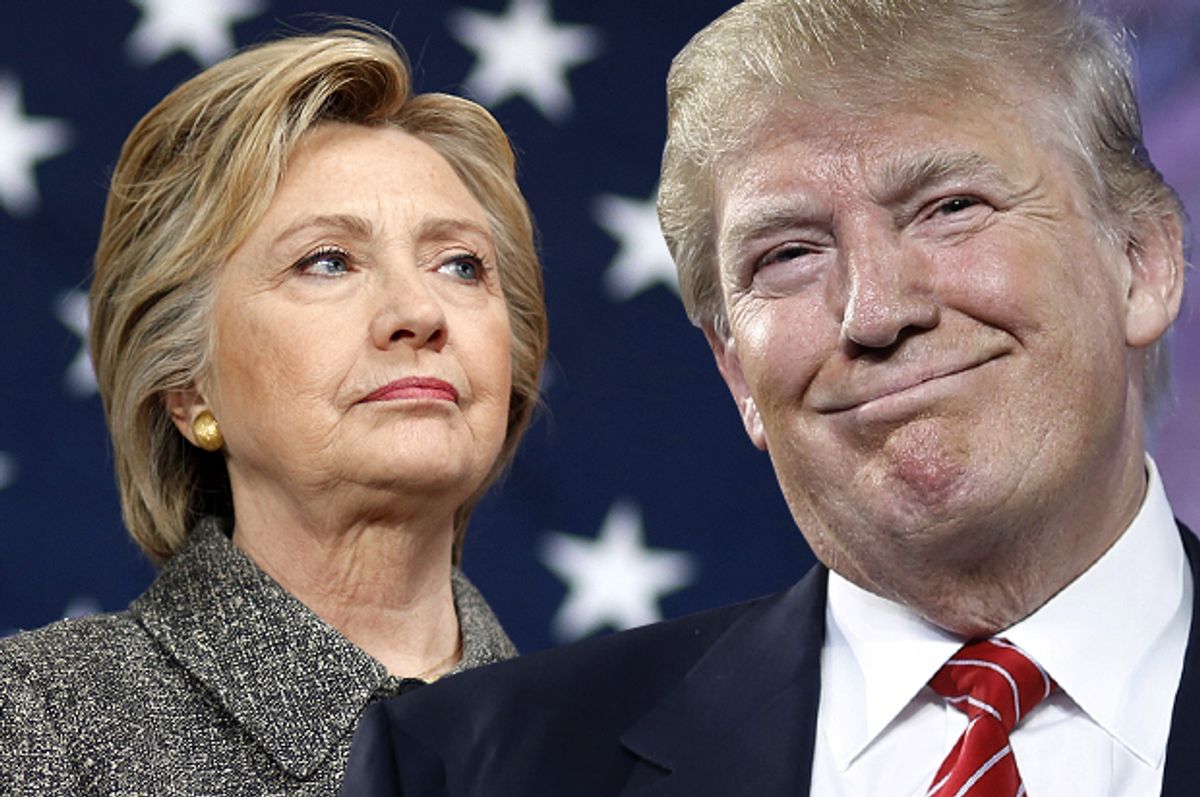 This is really happening, people. Either Hillary Clinton or Donald Trump is going to be the next president of the United States.

Just saying it still feels strange, but then again, pretty much everything about this most shocking and chaotic of election seasons has been deeply surreal. Clinton is a heavy favorite to beat Trump, but the journalistic graveyard is littered with the bones of columnists who are now being forced to literally eat their incorrect words about the 2016 campaign, so I'd be a fool to say I was completely sure about that. But I am sure of one thing: The general election we are now all going to endure together will be a horrible, horrible experience.

How horrible? Let us count the ways.

First, it will be unrelentingly nasty. Trump is a neo-fascist thug whose hatred of women courses through every vein in his body, and who has already promised to make his fight with Clinton very personal. Clinton's penchant for bare-knuckle political brawling goes back to the very first years of her life in politics, and—in sharp contrast to her bout with the comparatively cuddly Bernie Sanders—a huge number of voters will be begging her to hit Trump with everything she's got. And that's before you get to the Super PACs and other outside groups from both parties who will blanket the country with attacks. We will drown in the flood of viciousness that awaits us.

Second, the debate will take a sharp turn to the right. The Clinton camp has been salivating over the prospect of picking up votes from Republicans who can't stomach a Trump presidency. Already, some in the GOP have publicly pledged to vote for her. Hillary Clinton comes from an electoral tradition that prized such conquering of right-wing turf. It's guided her political instincts for decades. She'll no doubt sense especially fertile territory when it comes to foreign policy, where she can cast Trump as both reckless to the established order and too unwilling to use military force—something nobody has ever accused her of. (There's a reason so many neoconservative hawks are flirting with supporting her over Trump.) Clinton can even echo the Republican criticisms of Trump's very mild deviations from the elite consensus around the Israel-Palestine conflict.

Third, Trump will very publicly profess to "pivot" to general election mode–and the media is likely to go along with a substantial portion of his nonsense. You could see it immediately after he wrapped up the nomination fight on Tuesday night. Words like "presidential" and "statesmanlike" started popping up on cable news—this because Trump had given a relatively subdued, if still characteristically rambling, speech. By Wednesday morning, MSNBC's Mika Brzezinski was crowing, "Get ready for the new Donald Trump!" We'll be told repeatedly that he is sanding down his sharper edges. Never mind that this is claptrap; the elite media is so wedded to its notions of "objectivity"—especially when it comes to GOP insanity—that it will be all too willing to treat Trump as a reasonable part of the political debate.

Fourth, the whole disastrous mess will be as depressing a reminder of the limits of our politics as we're ever going to get. After all of this craziness, American voters will be given roughly the same choice as they've had for a long time: a deranged Republican versus a centrist, corporatist, hawkish Democrat.

It's a timely reminder that people need to keep fighting outside of the two-party system if they want anything to change. The most inspiring and substantive shifts this election season have all come from regular people who have forced the parties to bend to their will. Whatever happens, those battles can't stop.