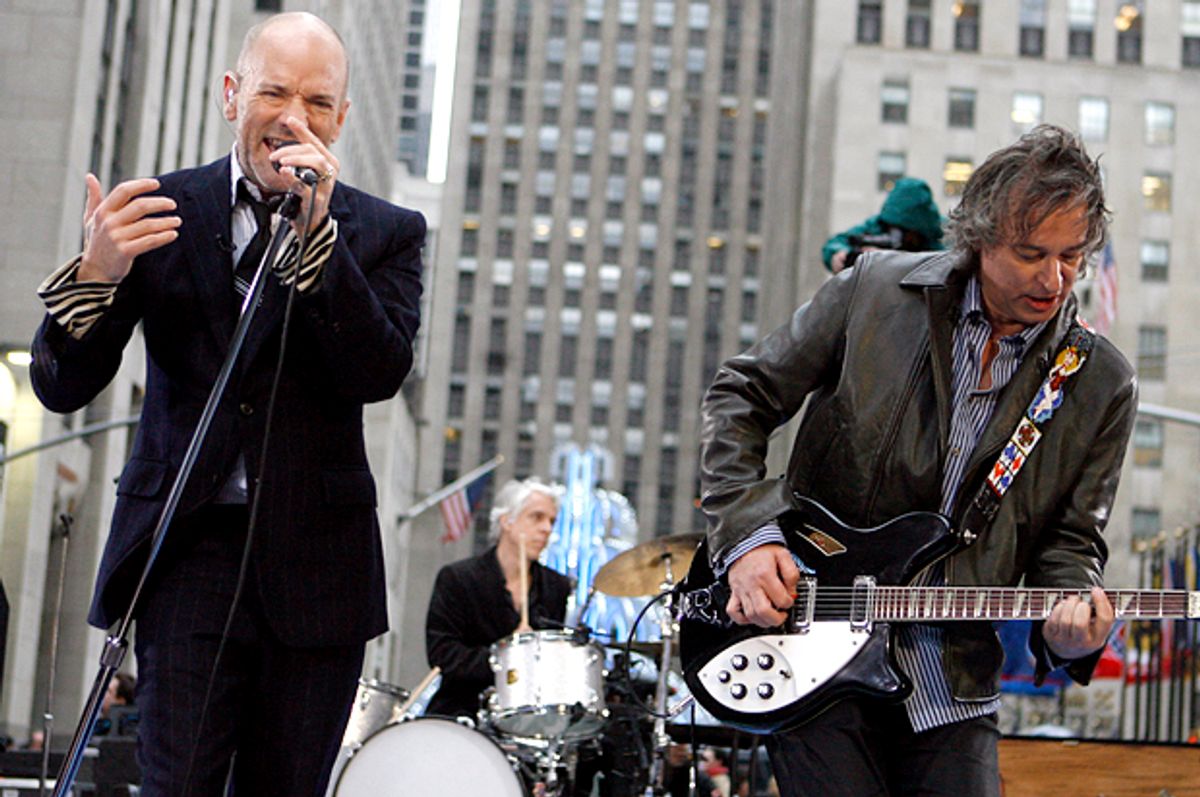 Choosing the playlist for political campaign rallies is a tricky business. First and foremost, candidates need to make sure their musical picks inspire feelings of patriotism, optimism and positivity. They also need to make sure the artist behind the song doesn’t disavow their campaign entirely.

During the long history of presidential campaign songs—and particularly since politicians made the switch from songs created specifically for their campaigns to pop-tunes licensed from top-chart artists—candidates have drawn the ire of performers who don’t align ideologically with their campaigns. In 2000, Tom Petty famously threatened to sue GOP candidate George W. Bush over the use of his song “I Won’t Back Down.” To drive the point home, Petty even played the jam at rival Al Gore’s home after the Democratic candidate conceded the election.

In the years since, several rockstars have expressed anger over candidates using their music to promote causes they’re less-than-keen on. But no campaign in recent history has piqued the protests of pop superstars more than Donald Trump, whose flagrant misogyny, racism and xenophobia are not exactly the message international artists are thrilled to endorse.

Here are six recording artists who told Trump to stop playing their songs.

Following his primary victory in Indiana, Trump played the Rolling Stones' hit song “Start Me Up” as he exited the stage. The presumptive Republican nominee also rocks out to other classics by the legendary British rock band during his rallies, including “You Can’t Always Get What You Want” and “Sympathy for the Devil.”

According to a Trump spokesperson, the campaign did not ask for permission to use the songs, but noted the candidate culled his rally himself. Unfortunately for Trump, the Rolling Stones are not as enamored with him as he seems to be with them.

A spokesman for the group told Time, “the Rolling Stones have never given permission to the Trump campaign to use their songs and have requested that they cease all use immediately.”

Apparently, you can’t always get what you want.

Earlier this year, the English singer Adele released a statement insisting Trump did not have her permission to use “Skyfall” and “Rolling in the Deep” at his campaign events, though she stopped short of renouncing the candidate altogether.

"Adele has not given permission for her music to be used for any political campaigning,” spokesman Benny Tarantini told CNN. “We have no further comment.”

Despite originally giving permission to Trump to use their rebellious rock anthem at his campaign rallies, Twisted Sister frontman Dee Snider told CBC Radio last December that the band was “not gonna take” Trump playing their tune anymore.

“What’s going on now is really making me question allowing the song to continue to be used,” Snider said in an interview with host Shadrach Kabango, referring to Trump’s proposal to ban Muslims from entering the United States.

Snider, who befriended Trump during a stint on "Celebrity Apprentice," said he was upset to see the public persona put forth by the Republican candidate. “My Donald Trump is a Democrat,” Snider said. “My Donald Trump is pro-choice. He is what they called a ‘Northeastern Republican’—socially liberal but fiscally conservative.”

“When you have white supremacy groups aligning with you, and you don’t denounce them, you don’t say, ‘Wait a minute, I’m not with these people here,’ and draw some clarity, that’s a problem for me,” the rockstar added.

When Trump failed to ask Neil Young permission to use his hit song “Rockin’ in the Free World,” the singer released an extensive analysis of the state of politics in the U.S., noting that, politically speaking, he preferred Bernie Sanders over the Republican frontrunner.

“Music is a universal language. So I am glad that so many people with varying beliefs get enjoyment from my music, even if they don't share my beliefs,” Young said in a statement. “But had I been asked to allow my music to be used for a candidate, I would have said no."

“I do not trust self-serving misinformation coming from corporations and their media trolls,” Young said. “I do not trust politicians who are taking millions from those corporations either. I trust people. So I make my music for people—not for candidates.”

“Keep on rockin' in the free world,” he added.

Tyler’s objection to Trump’s use of his rock classic “Dream On” wasn’t so much about politics. Instead, the Aerosmith lead singer was infuriated over the campaign’s lack of compensation for the song.

“My intent was not to make a political statement, but to make one about the rights of my fellow music creators,” Tyler wrote in an essay for the Huffington Post.

“Big changes are happening right now in copyright reform as a result of massive technology changes and with the way fans pay for music and consume music,” Tyler wrote. “These changes can be a good thing for songwriters and up-and-coming artists, if we are paid fairly by those who make money using our work.”

“Everyone deserves to be able to pay their bills, support their families, and do the work they love,” the singer added.

“It’s the End of the World as We Know It (And I Feel Fine)” was an obvious choice for Trump, whose well-documented fearmongering plays right into the song’s main theme.

But R.E.M was not interested in being the anthem for Trump’s candidacy. "Go fuck yourselves, the lot of you—you sad, attention grabbing, power-hungry little men,” lead singer Michael Stipe said. “Do not use our music or my voice for your moronic charade of a campaign.”

In a Facebook post addressing the matter, R.E.M wrote, “While we do not authorize or condone the use of our music at this political event, and do ask that these candidates cease and desist from doing so, let us remember that there are things of greater importance at stake here.”

“The media and the American voter should focus on the bigger picture, and not allow grandstanding politicians to distract us from the pressing issues of the day and of the current presidential campaign,” the band wrote.

One of the earliest societies to realize music's powerful effect on people—and thus, politics—were the ancient Greeks. "When modes of music change," Plato said, "the fundamental laws of the state always change with them." That may be so, but Trump is finding out that there's one fundamental law that isn't likely to change anytime soon, no matter what tune is playing: copyright law.