Barbara Corcoran's career advice to women: Hike up your skirts 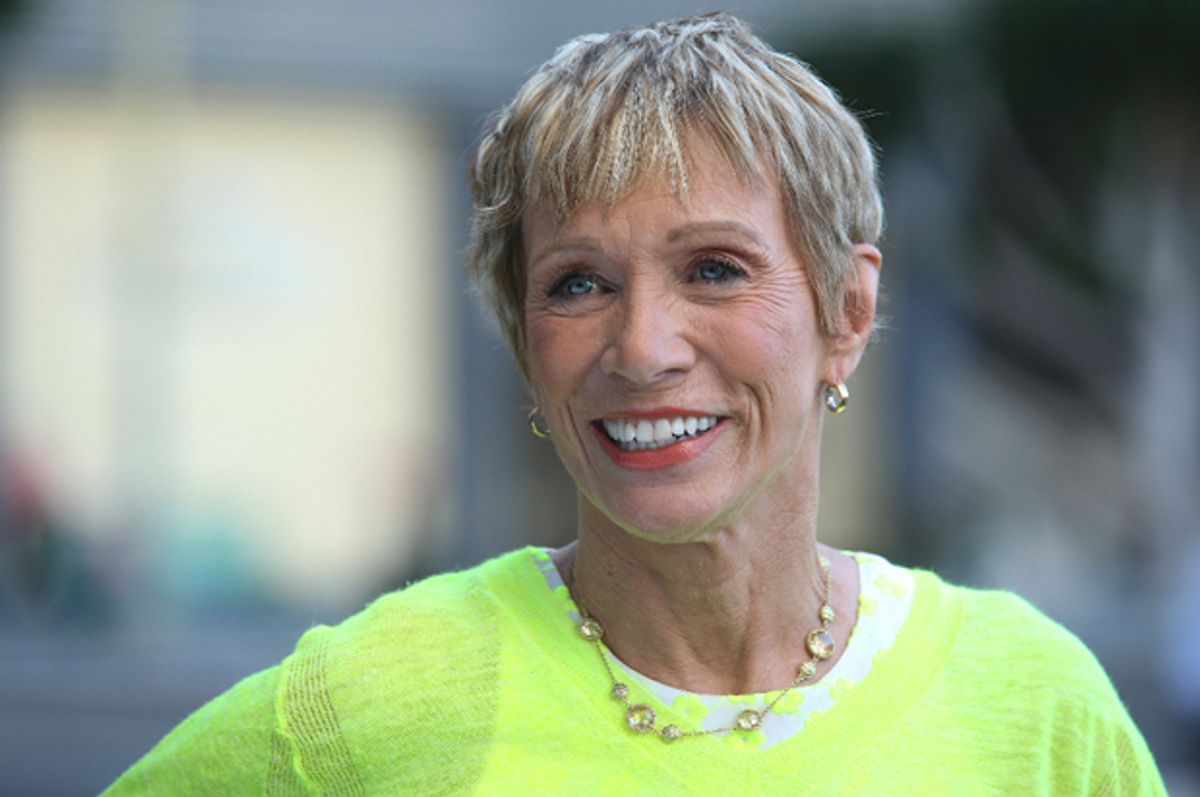 How did Barbara Corcoran — the real estate entrepreneur and founder of The Corcoran Group, author, and "Shark Tank" star — get to where she is today? How did she go so far in a field so rampant with sexism and wage inequity? Well, as she tweeted out earlier this week, it's simple. "I find running a #business in a man’s world to be a huge advantage," she wrote. "I wear bright colors, yank up my skirt + get attention. #WomenInBusiness." So rip up those MBAs, ladies, and show a little leg!

After a deluge of criticism, the 67 year-old Corcoran soon decided to delete the tweet, but on "Good Morning America" Thursday, she stood by her limbs-centric advice. “I totally believe what I said. And I’m frankly a little bit surprised by getting any reaction to it,” she explained. "I think it’s so obvious that if you’re a woman or a man, it’s nothing to do with what sex you are, you’ve really got to play up what you’ve got. I happen to have great legs. I didn’t have the best face always or the best body, but I have great legs. So if I want to get attention, and I still do it, I wear my skirts really high, I yank up my skirt at the midriff, and I walk into a room and everybody notices me because I’ve got great legs." I'll be sure to remember that "it's got nothing to do with what sex you are" the next time I'm in a business meeting and a male colleague hikes up his pants, which totally happens all the time. Corcoran added, "I think it’s a great gimmick actually, if you are smart enough to get attention. And I don’t think that’s sexual in anyway, but that’s what makes the horse race, right?… I think it’s a wrong message to tell young women that they should look like the guys. I just don’t think it works in business. If you’re beautiful, let yourself be beautiful. I just feel that you should use whatever you’ve got to your advantage."

Her advice, retro though it may be, is at least consistent. In her 2003 book "If You Don't Have Big Boobs, Put Ribbons On Your Pigtails," Corcoran declares that "What matters is that you identify and play up what you've got." She also shares a tale of, early in her career, being mistaken for a prostitute by a landlord who told her, "You're dressed rather sophisticated for a young girl." And a 2009 WWD profile says that "She tells dirty jokes, uses bad words, and makes vaguely inappropriate comments about your physical appearance less because she’s a different kind of real estate broker than because she’s selling you the idea of a different kind of real estate broker. By being ever so slightly inappropriate (more PG-13 than R rated) she says, 'I'm your friend, not your salesperson.'"

Unlike Corcoran, I don't live in a world in which a woman — even a 67 year-old one — hiking up her skirt does not have a sexual component to it. I also don't live in one in which that would be considered professional behavior. Granted, I'm not currently listing my $5 million Park Avenue apartment and she is, so obviously what she's been doing all these years is working for her. But the very silly straw man that Corcoran — who admittedly does have great stems — sets up here is that anybody's telling women "they should look like the guys." They're not. That mentality died out with the shoulder padded power suits of the eighties.

As Eileen Carey, cofounder of the mentorship software company Glassbreakers, told CNN Money this week that Corcoran's advice is "opposite of progress," adding, "We should be moving towards a place where gender is no longer a way to get attention -- or not get attention." And I promise, in the work world, you can maintain ownership of your womanhood without hiking up your skirt.