This is how Trump becomes more dangerous: Treating him as a normal political candidate obscures everything that makes him so threatening

Despite being handed the GOP nomination, we must not forget that Trump's far from mainstream 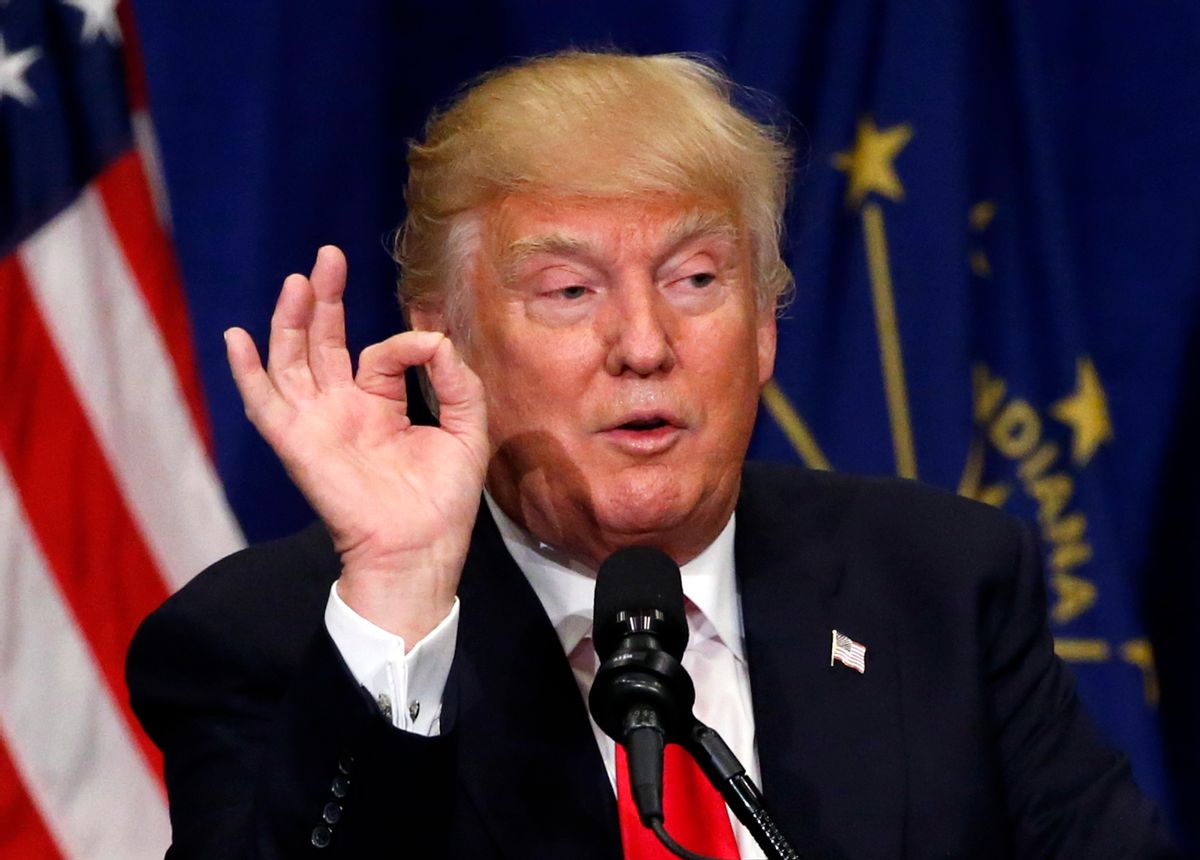 Ted Cruz has quit the race. John Kasich’s campaign is no more. They were the last stragglers of a field of 16 candidates – among them senators, governors, a brain surgeon, and the precise opposite of a brain surgeon – who all tried and failed to wrest the Republican presidential nomination away from Donald Trump. The Republican Party has been thoroughly usurped by an unlikely political force, and now the media and political worlds are doing their best to come to grips with how this happened.

For a number of reporters and pundits, that means going back and revisiting what they got wrong about Trump. When he first announced his candidacy and for several months afterward, it was generally assumed that the Trump bubble’s rapid inflation would be met with an equally rapid collapse as the forces of “political gravity” took hold and voters started “getting serious,” but all those assumptions turned out to be incorrect. (I was among the many commentators who were completely wrong about Trump.) The widespread dismissal of Trump 2016 stands out as one of the more significant media failures of the past year, and it’s good that at least a few people are willing to circle back and figure out why they blew it.

While that sort of self-critique and balancing of ledgers is needed and welcome, the more critical test for the media is how it will cover Donald Trump now that he can’t be ignored or dismissed as a fad. Trump has won the presidential nomination of a major political party. He’s inserted himself by force into the heart of the American political discussion. But that doesn’t make him a mainstream politician, and he should not be treated as such.

Regardless of what he says or how “presidential” he tries to sound, the fact remains that Trump is dangerous, and he draws his power by tapping directly into some of the uglier veins coursing through American politics. Jeff Sharlet effectively condensed Trump’s politics for Esquire:

American racism is a truth. In Trump's hands it isn't ideological, it's emotional; it's fluid, it ebbs and flows according to region and moment and opportunity. It's clever. And the misogyny that's supposed to make Trump ineligible for the national stage? That misogyny built the national stage. Then there's class. Class is real, but since the political elites of both parties mostly pretend it's not, it's Trump's for the taking. Trump is taking.

Already we tend to breeze past the fact that the policies Trump has proposed – banning Muslim immigration, building a giant wall – are motivated by insane bigotry and gross nativism. The fact that he’s won Republican primaries while espousing these positions gives them a flimsy patina of legitimacy. He tosses out racial conspiracy theories so frequently that one can become inured to the craziness. The story becomes “oh there goes Trump saying a nutty thing again” instead of “holy shit this guy is a god damn racist nut.” When we start treating Trump’s sexism and bigotry as campaign tactics instead of deep and irreparable character flaws, Trump is winning.

I worry about this, and I worry about the tendency to believe that Trump either doesn’t believe what he says or will find himself naturally restrained by the office of the presidency. The New York Times published a story this week envisioning what the first 100 days of a Trump administration would look like, and it made the point that Trump, as president, would be hemmed in by the realities of the job:

He would quickly find himself consumed with the urgent and normalizing tasks of building a cabinet, assembling senior staff and reassuring Wall Street and the public that he was capable of governing America.

“Trump is predicting he’ll be able to do all these things, but his workload will be pretty enormous and his power would be so limited by precedent, by the bureaucracy, by the Constitution,” said Robert Dallek, a presidential historian. “Even in trade and immigration, where Trump says he will make revolutionary changes, Congress has a say on those things. A lot of people have a say. The president is not king.”

This is true, but it’s also a very risky way to think about Trump. It’s the sort of thinking that breeds complacency and indifference towards his toxic platform – if you think he’ll be too constrained to follow through on his bigoted and authoritarian policies, then you’re apt to write it off as mere posturing, something he said just to elicit a reaction. It serves to make Trump seem less threatening and less poisonous than he really is, and that works to his favor.

Already we’re seeing high-profile reporters and pundits who are grubbing for access to Trump by sugarcoating or rationalizing his belligerence and bigotry. The urge to provide Trump the same deference and treatment one would a mainstream politician will be strong. But that gives the Republican nominee more credit than he’s due, and it pushes to the background everything that makes Donald Trump the malignant political force that he is.