Whit Stillman returns: "Sometimes it’s good to blow through all your deadlines"

The "Metropolitan" director adapts Jane Austen with "Love & Friendship," which is both a movie and a novel 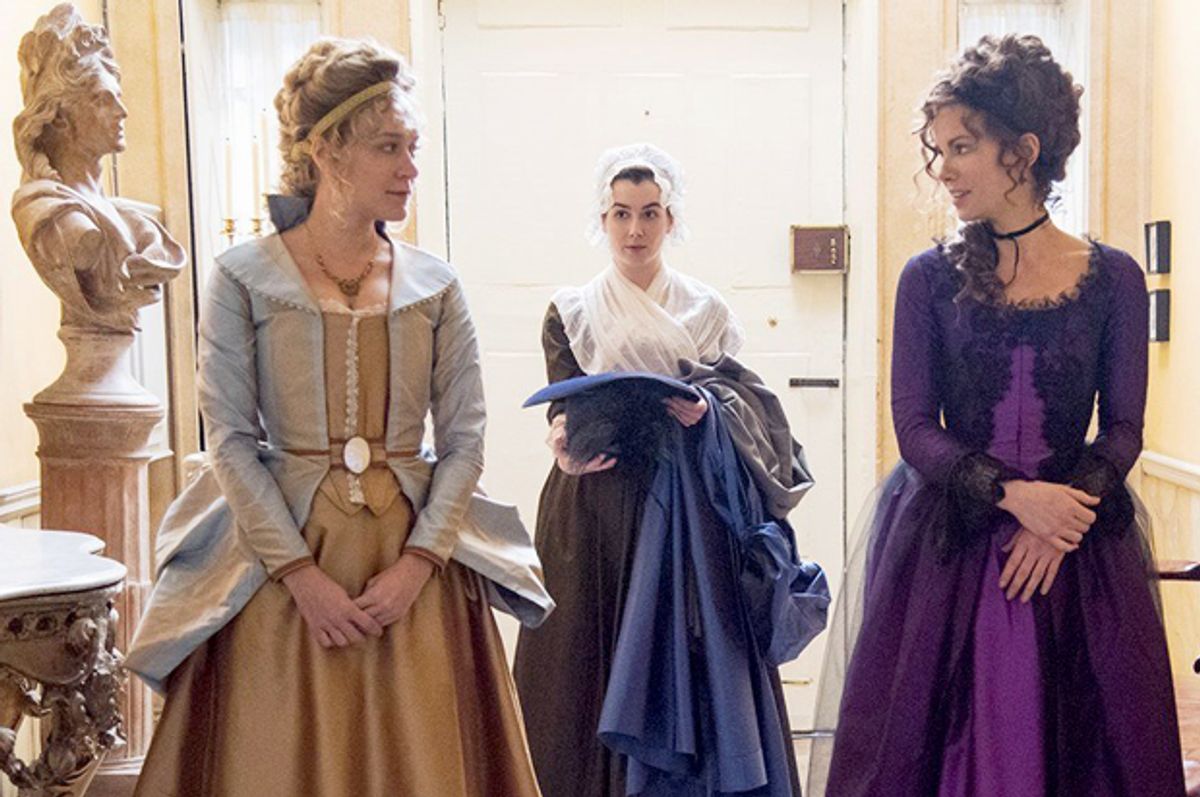 Whit Stillman is the director still best known for “Metropolitan,” the 1990 film about young members of what one of the film's characters called "the urban haute bourgeoisie." The ghost of Jane Austen has hovered over nearly all of Stillman's work, so it seems appropriate that he has finally paid direct homage to her with not one but two new projects.

The first is a movie, “Love & Friendship,” based on Austen’s obscure early novella, “Lady Susan.” The second is a novel, also called "Love & Friendship," in which Stillman rewrites the novella – which is told in letters and was never finished – as a more traditional narrative. In the film, the lovely and slightly desperate young widow Lady Susan (Kate Beckinsale) arrives at an English manor house hoping to land a new husband: She’s charming but at least a little bit conniving. In the novel, Stillman tells the story from the point of view of her nephew, who aims to clear her name. (This is a very early work of Austen’s, written and set in the 18th century.)

Both movie and book are much funnier than they sound in a brief description.

We spoke to Stillman by phone from Los Angeles, where he has attended a screening of his film. The interview has been lightly edited for clarity.

It seems like it was just a matter of time before you got to Jane Austen. What drew you to her and what kind of impact has she had on your films and your life?

I wrong-footed Jane Austen; I was in a total funk as a college sophomore and read the wrong book. I read “Northanger Abbey.” I’d never read a Gothic novel and had no idea what she was making fun of and parodying.

I suppose I read “Sense of Sensibility” first, and then “Pride and Prejudice”; and yes, they made a big impact once I was old enough and got the right books in my hands, when I was 23 or 24.

I remember when I was trying to do “Metropolitan,” in breaks I would read a page of two of Jane Austen as a palate-cleanser.

When you read Austen, did she seem to be describing the world you knew and the one you’d known, or was it an exotic kind of world you wanted to live in?

There were authors I was reading in that period who were describing a world with a social fabric; that was very attractive. Coming out of college, back to New York, where I didn’t really know that many people, I thought our world was very atomized. One of the wonderful things about "War and Peace” is the idea that all these people knew who they were and they knew the parents – it’s the same thing you get in Jane Austen’s world. It’s very attractive to us.

As you get older, and as you get old, you see there is social texture, but there’s much less social fabric than there was then.

My parents were divorced and my father went off without my mother and we lost sight or him. When I’d be going to parties, in the lobbies of these Eastside buildings, parental-generation people would be coming out and they would have known my father from college, or the Navy or something. That always pleased me – that there were these generations that knew each other.

Tell us a little about the way the film and the novel relate to each other.

Sometimes it’s good to blow through all your deadlines. I was supposed to write the book before I did the movie, but before you make a movie there are a million things you have to do. So I didn’t really start the book until we started picture editing, in post-production… There’s not much you can do [at that point]. So I started to work on the book and tried to trick Little, Brown to get more time – using all kinds of ruses. It’s due on a Monday -- can I have until Friday? And Friday isn’t really until 11:59… Can I turn it in Sunday night? Christmas was coming up, and I said, “I’ve had so much luck turning in finished work on Christmas day – it’s such an odd thing…” Then it was, “You know – New Years… New Year’s Day…”

The book is sort of a rewriting of the Austen, right?

It’s sort of the counter-narrative – with the absurd thesis that the Lady Susan was wonderful and everyone else was bad.

This is something I’ve discovered a lot in life. There is always an insult that goes with the injury. If someone’s going to injure you – someone’s going to do some wrong to you – and then, to justify the injury, they’re going to malign you terribly. So let’s say, a woman marries an affluent man, and she wants to divide his family so none of them get a dime… And then, to make up stories about them – that’s the insult added to the injury.

It’s been a while since the big Austen boom in the ‘90s, but there have been a lot of adaptations. Did you feel you had to do something different than what we’d seen so far?

I thought it was wonderful that this hasn’t been done. I’d had discussions with people about doing other Austens… My thesis is I had three pretentious autobiographical tales, and then after that I wanted to find new material. To me, the idea was that this wasn’t reducing a masterpiece to a 90-minute film but was rounding out something she had left midway through…. In this case it’s pretty evident she hadn’t finished her full process. Though in 1805 she did a beautifully clean copy that is the now the only full Austen manuscript. It’s in the Morgan Library; you can actually look at it on online.

What interests you about the 18th century?

If you’re sort of interested in politics, but sort of upset about contemporary politics, it’s kind of wonderful to read about periods who were very eloquent and admirable – generally. People are articulating ideas you can sympathize with, or understand both sides of. Or at least feel like one side is saying the right things.

So I’m actually a Rockingham Whig – that is my political ideology. Rockingham wasn’t terribly effective, so we had the War of Independence. The War of Independence was a civil political conflict between Whigs and Tories, and it was passionate and virulent in England and it was violent, and war, in the United States. But [Edmund] Burke and those who allied with him were passionately on the side of the American Whigs who were rebelling.

The other 18th century things were painting – Joshua Reynolds – and music. I sort of like an earlier period of music than the 1790s, the period in the film that we’re portraying. Horse-drawn carriages were much better than. Movies weren’t as good, it’s true.

You mentioned politics. Do they seem as crazy today as they’ve ever been?

Oh it’s a very scary time. We haven’t seen anything like this. It’s pretty terrible. I know how people in Europe, with these movements that are very scary.

In the 18th century, was there any parallel to Donald Trump?

Fortunately, not. It’s sort of a 1930s thing, isn’t it. And Europe in the last 30 years. But it hasn’t been a major party nomination.

I hope to get back to the script for “The Cosmopolitans,” the TV series that Amazon let me do. But this film kind of got in the way of that.