Trump's going to keep you busy, he told the troops, as "TRUMP" won't paint itself on the side of their planes 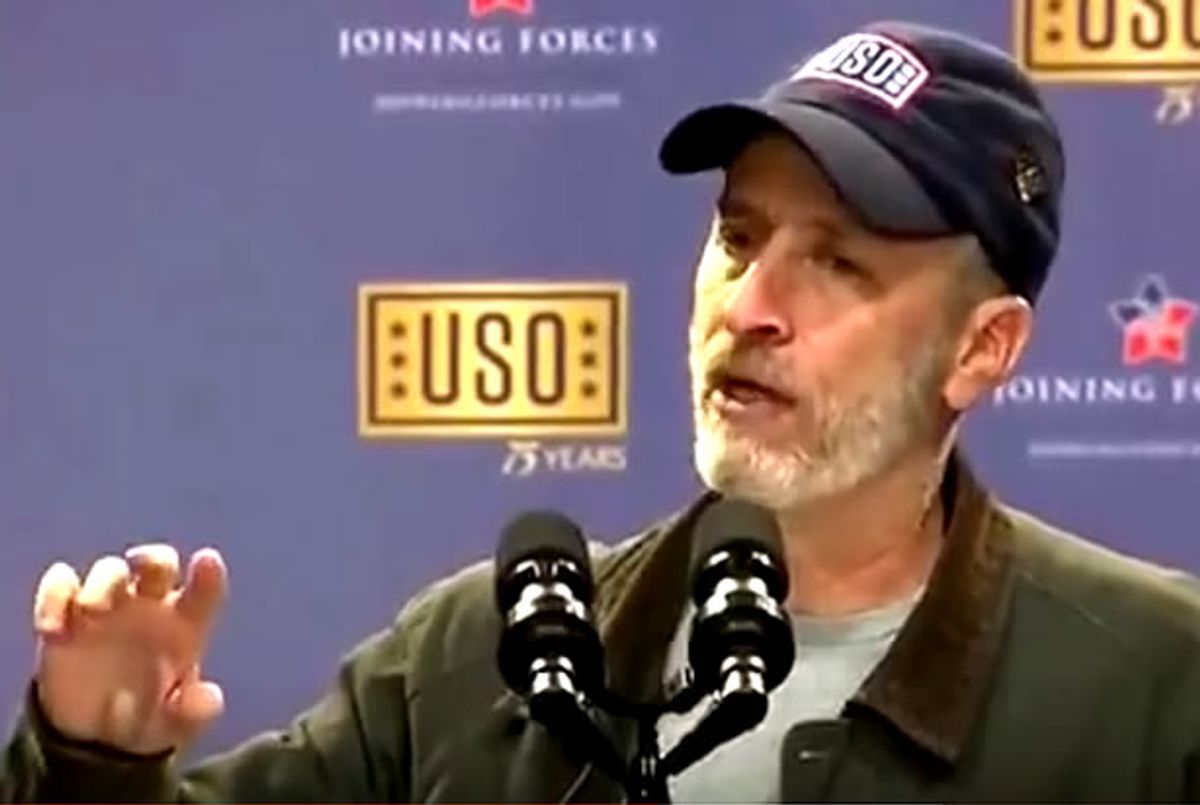 Comedians and beloved national icons Jon Stewart and David Letterman emerged from their respective retirements to honor the USO at its 75th birthday party in Maryland on Thursday. Although the event was not meant to be political, the former "Daily Show" host just couldn't help himself as he introduced Vice President Joe Biden.

"He’ll say whatever he kind of thinks of, whatever comes to his mind, sort of impulsive," Stewart added. "Sometimes, you might think to yourself, ‘That sounds crazy,’ or ‘Man, that is crazy.’ Who would have thought that now, that gets you the Republican nomination?"

When the crowd responded to the crack with nervous laughter, Stewart tried to reassure them. "Don't worry," he said, "Trump's going to keep you busy! You're going to have to repaint all the planes with 'TRUMP' in big gold letters."

Letterman appeared later, and although his comments were not included in the broadcast, he reportedly thanked the members of the Armed Forces for giving him an excuse to "get out of the house."