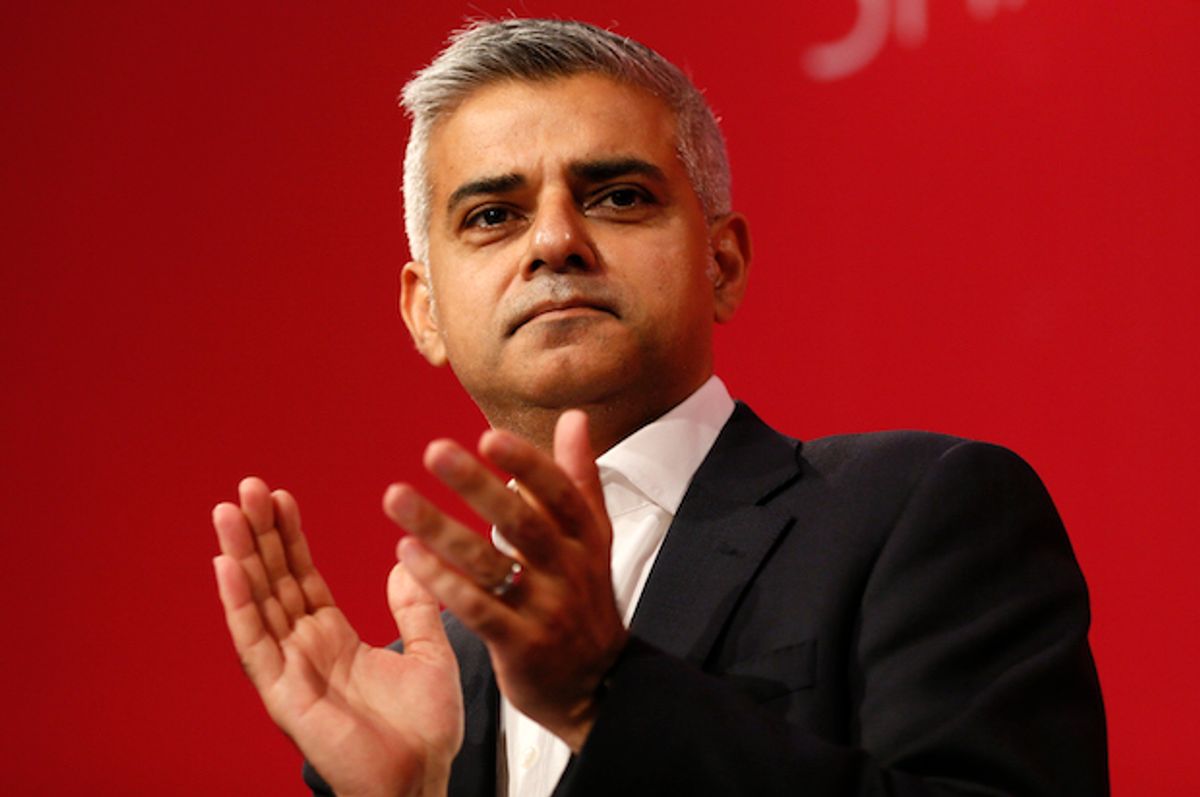 Sadiq Khan is set to become the first Muslim mayor of a major Western city.

The Labour Party lawmaker won the election by a sizeable margin on Friday, defeating Conservative opponent Zac Goldsmith, the son of a billionaire business tycoon.

Khan, who is from a working-class Pakistani immigrant family, will be unseating Conservative Mayor Boris Johnson, who has ruled for eight years.

Incumbent Mayor Johnson is notorious for his libertarian, pro-corporate views, whereas Khan sits at the center-left, on the social democratic wing of the Labour Party.

Khan is to the right of and has attacked popular new Labour leader Jeremy Corbyn, who has been characterized as the Bernie Sanders of Britain, yet is to the left of the neoliberal Blairite wing of the party.

Despite their political differences, Corbyn congratulated Khan on Friday, writing that he can't "wait to work with you to create a London that is fair for all," using the slogan "Yes we Khan."

Scholar Tony Travers told the Guardian that Khan is “the first Muslim mayor of a major Western city, certainly in Europe.” (Rotterdam, Netherlands and Calgary, Canada have Muslim mayors, but both are significantly smaller than capital cities like London.)

At a time when Islamophobia, racism and xenophobia are on the rise in Europe and the U.S., supporters say Khan's victory is a positive sign.

Labour won roughly 44 percent of the vote in the assembly elections, while the Conservatives won 35 percent. A majority is needed in order to form a government, and Labour could potentially join with the Green Party, which won 6 percent, as well as the Women's Equality Party, which won 2 percent, and the Respect Party and Cannabis is Safer than Alcohol Party, each of which won 1 percent.

British national radio station LBC noted that, because of the prominence of left-wing votes, it is mathematically "impossible" for Sadiq Khan to be beaten in the election.

Khan's Conservative opponent, Zac Goldsmith, ran what was widely panned as a dirty campaign. As Salon previously reported, when Goldsmith fell behind in the polls, he began exploiting racist, Islamophobic stereotypes and tried to associate Khan with an extremist imam who turned out to actually be a Tory.

The opponents' backgrounds could hardly have been more different.

Goldsmith, the son of billionaire business tycoon James Goldsmith, went to elite schools with some of the U.K.'s most powerful politicians, including Prime Minister David Cameron and London Mayor Boris Johnson, with whom he remains friends.

Khan comes from a working-class Pakistani immigrant family, and is the fifth of eight children. His father worked as a bus driver and his mother as a seamstress.

In 2005, Khan was elected into Parliament. As a lawmaker representing Tooting, London, he established himself as an outspoken critic of then-Prime Minister Tony Blair, particularly on foreign policy.

The turnout in London for the assembly elections was 45.6 percent, a 7.6 percent increase since 2012.