Paul Ryan's bold — but transparent — shot across Trump's bow: It's a good idea even though it won't work 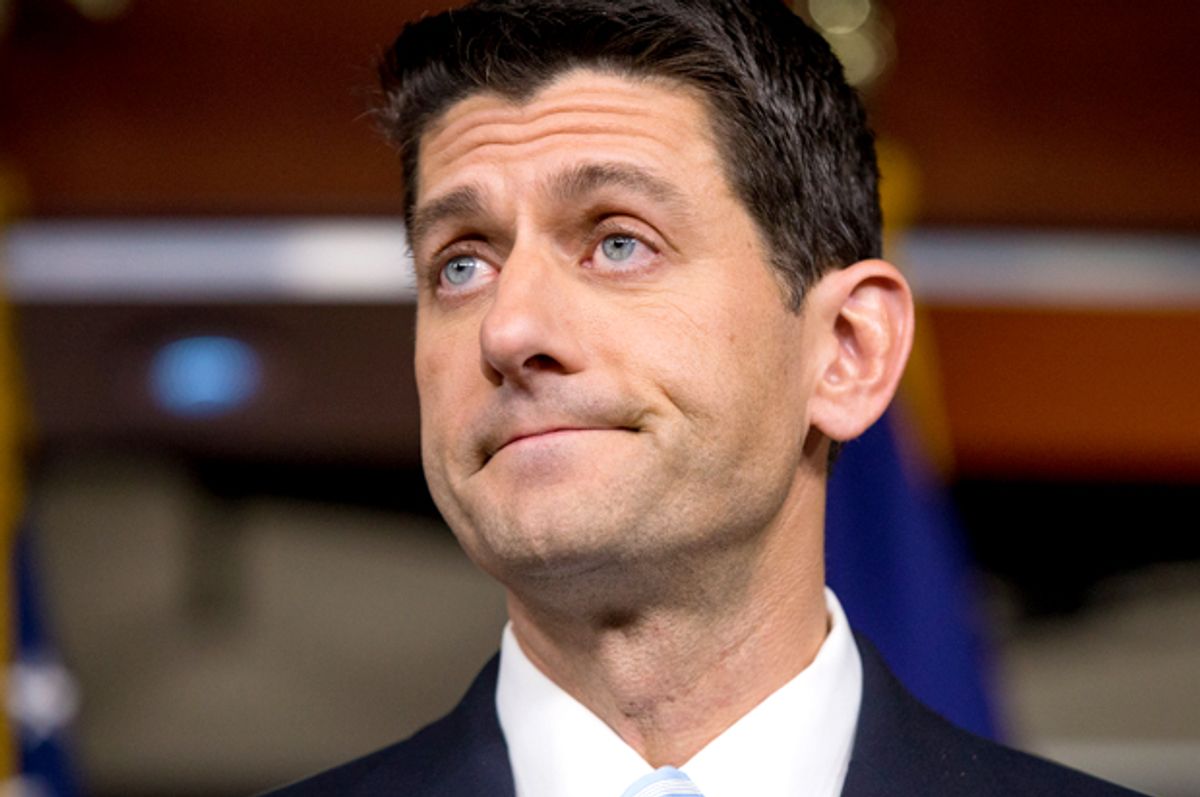 Donald Trump is the face of the Republican Party now. The nominee is the standard-bearer – that's the way it's always been. One of the more fascinating storylines in the coming months will be how Republicans, at every level, reconcile themselves to this fact. Much of it will vary according to district and region. A GOP candidate's degree of support for Trump will depend upon the politics of his or her region. In contested districts with unfavorable demographics, Republicans will likely do their best to feign neutrality – although that won't be so easy. Others, in safer districts, will perfunctorily support Trump.

How the party reacts at the highest level will be particularly interesting. Trump represents a total rejection of conservative orthodoxy. To the extent that he takes policy positions at all, he's all over the map. Whether it's trade or entitlement spending or tax breaks or foreign policy, Trump is a grab bag of incoherent platitudes, some of which are mildly conservative and many of which are vaguely liberal.

Next to Trump, Paul Ryan is arguably the most influential Republican in American politics right now. A former VP nominee and the current speaker of the house, Ryan has considerable cachet among establishment Republicans. What he says and does matters. If he embraces Trump, that will help to bridge the gap between Trump and party insiders.

On Thursday, however, Ryan sent an unmistakable signal to Trump and the party. Speaking with CNN's Jake Tapper, Ryan was asked if he was prepared to endorse Trump. His answer was revealing:

“Well, to be perfectly candid with you Jake, I'm just not prepared to do that at this point. I'm not there right now. I hope to, though. I want to. But I think what is required is that we unify this party, and I think the bulk of the burden on unifying the party will have to come from our presumptive nominee. I don't want to underplay what he accomplished. He needs to be congratulated for an enormous accomplishment...But he also inherits something very special...This is the party of Lincoln, of Reagan, of Jack Kemp...We hope that our nominee is Lincoln or Reaganesque, that the person advances the principles of our party and appeals to a vast majority of Americans.”

Make no mistake: remaining neutral on Trump amounts to a rebuke. Ryan is the leading Republican official in Congress. Donald Trump is the Republican Party's nominee for president. Supporting him ought to be a formality. If it were any other candidate, this would be the easiest question Ryan would field in this cycle. But it's Trump and the party is in crisis, so Ryan is in an impossible situation. To support Trump is to attach himself and his party to all the baggage and bile that comes with a candidate like Trump – the misogyny, the bigotry, the violence, the inanity.

Ryan's ambivalence toward Trump will further complicate things for the RNC, which has the arduous task of uniting the party behind the least liked candidate in modern history. But this is a bold move by Ryan. It's a shot across Trump's bow, and the message is clear: Conform to our agenda.

When Trump proposed banning all Muslims from entering the country in December, Ryan aggressively criticized him. “This is not conservatism,” he said. “What was proposed yesterday is not what this party stands for, and more important, it's not what this country stands for.” I applaud Ryan for that, but there's a problem: This is what Trump stands for, and Trump now represents the party.

Trump has already responded in characteristic fashion. “I am not ready to support Speaker Ryan's agenda,” Trump said in a statement. “Perhaps in the future we can work together and come to an agreement about what is best for the American people. They have been treated so badly for so long that it is about time for politicians to put them first!” Trump's spokeswoman, Katrina Pierson, has even suggested that Ryan should resign if he declines to support Trump.

If history is any indication, Trump won't surrender. He's already put his stamp on the party. He's bullied his way to the top – why stop now? Ryan, I suspect, knows that. If Trump does what Trump does, Ryan will hold his ground and emerge as the serious Republican he desperately wants to be. Perhaps four years from now, after Trump has left the party in ruins, Ryan will don his cape and save the day.

I imagine that's the plan in any case.