Andrew Sullivan is in denial: America's elites brought this on themselves

Trumpism isn't a product of "too much democracy" but too much money in politics. Neoliberals can't face the truth 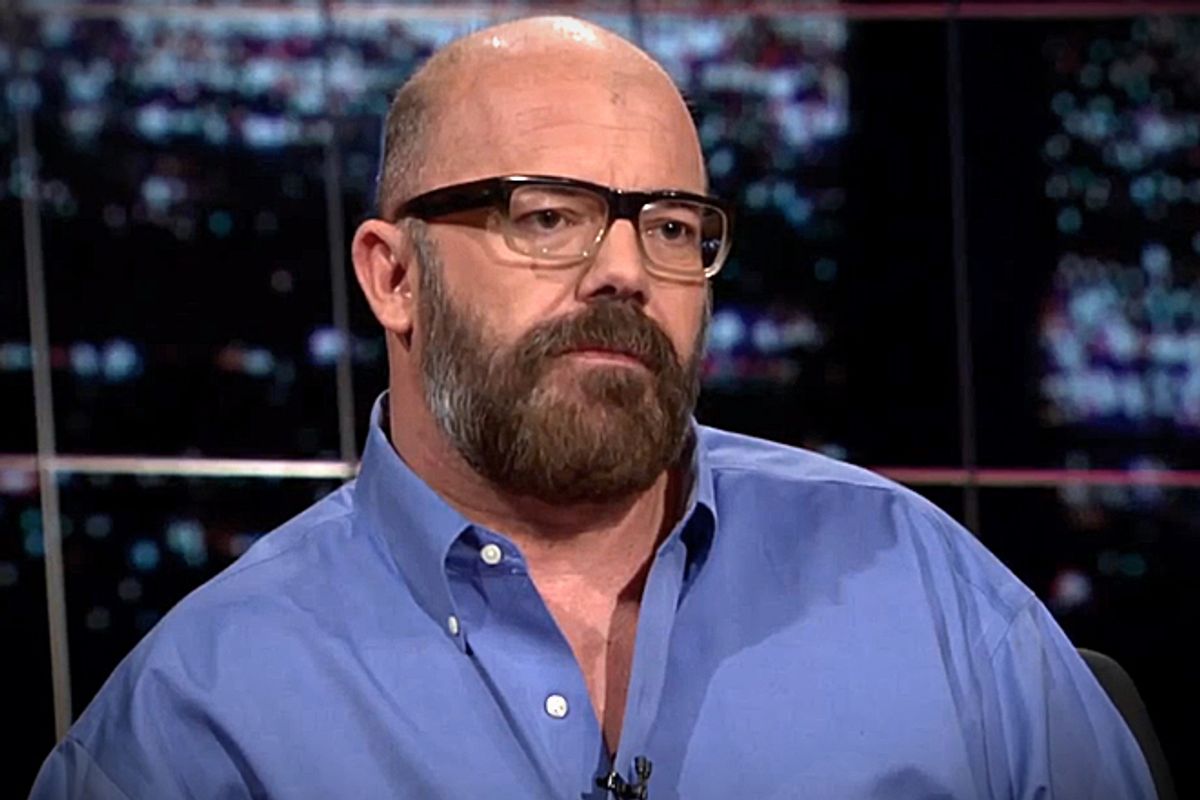 I haven’t checked to see who in the chattering classes is oohing and ahhing over Andrew Sullivan’s yuuge (and yuugely read) anti-Trump jeremiad, “Democracies End When They Are Too Democratic: And right now, America is a breeding ground for tyranny.” But I do know that, like Tony Blair’s equally magisterial rhetoric about the villains of 9/11, Sullivan’s slightly Tory-ish rhetoric (he grew up a British Catholic conservative) about Trump is pitched perfectly for its nervous, would-be upper-middle-class New York Magazine readers who probably swooned over the Royal Wedding and Downton Abbey and snarked at Occupy Wall Street in Zuccotti Park five years ago.

These readers include a few wavering Trumpsters, and Sullivan will make them think twice by blaming Trump’s rise on “too much democracy”—and not, as he should, on the kind of elitism that drives “the people” toward a mobocracy and then turns up its nose at them while pretending to keep its hands clean. While there are compelling half-truths about this right-wing populism in Sullivan’s argument, there are a few things dangerously wrong in it. Beyond just defeating Trump, strengthening the American republic against his successors will depend on correcting Sullivan’s misrepresentations about the role of money in elections and the role of Bernie Sanders in this one.

Sullivan edited several of my articles for The New Republic in the 1990s; his Daily Dish blog kindly referenced some of my writing elsewhere and I have no reason to accuse him of bad faith here. I’ve had my say about the tragedy of right-wing populism in my own yuuge essay on Trumpism and in the interview it prompted on NPR. I won’t repeat that here, but I do want to emphasize that, although I’ll vote for Hillary Clinton in November, neoliberal elites in her corner who not-very-secretly despair of democracy have lost the ability and credibility to govern even themselves, let alone the people they’ve actually helped to degrade and about whose desperation and myopia they’re now shaking their heads, just like Sullivan.

Whether out of cupidity or cowardice, the Democratic Party establishment and its enablers have done as much as Republicans to saddle Americans with arrangements that have produced Trumpism, with a regime of casino-like financing and predatory, degrading marketing that is illegitimate, unsustainable, delusional, and destructive in all the ways unfolding now before our eyes. Say what you will about the inevitability of disruptive globalization and technological revolution, our elites have been surfing these currents instead of navigating and even channeling them with anyone in mind but themselves. Their double tragedy is that now they’re paying the price in Trump.

Sullivan nevertheless claims, as these neoliberals do, that “the past few presidential elections have demonstrated that, in fact, money from the ultra-rich has been mostly a dud”—i.e. a non-factor. And he writes that, “Those still backing the demagogue of the left, Bernie Sanders, might want to reflect that their critique of Clinton’s experience and expertise—and their facile conflation of that with corruption—is only playing into Trump’s hands.”

Not even half-right on both counts. Regarding campaign financing, has Sullivan forgotten that in 2008 Obama—who he says “was propelled by small donors and empowered by the internet [and] blazed the trail of the modern-day insurrectionist”—actually turned down public campaign financing in order to raise huge donations from elite neoliberals who adored him for perverse reasons that always push neoliberals toward conscience-easing gestures? I esteem Obama for reasons too numerous to mention, but a corrector of corrupt capitalism he was not, either in his 2008 fundraising or in his appointments of Timothy Geithner and Lawrence Summers.

More important, Sullivan doesn’t mention that the ultra-rich, such as the Koch brothers, fund a lot more than presidential elections, with far darker consequences; even before Citizens United opened the floodgates for them, they were virtually writing laws that facilitate the illegitimate arrangements I’ve just mentioned. Their consultants draft bills for bought-and-paid-for state and federal legislators, sometimes literally sitting in committee rooms where the bills are finalized.

A few years ago, a propane deliveryman installing a new tank to replace an old rusted one told me the new one was really junk because the government had written substandard regulations on its size and composition. “Who do you think really wrote those regulations?” I asked. “Your own employer wrote them, through a national association of propane dealers.” A fleeting look of surprise and then understanding crossed his face. He’d probably been watching too much Fox News. But what had neoliberal Democrats done to prevent such corruption?

Sullivan is also wrong to dismiss Bernie Sanders as a demagogic counterpart to Trump as he does at one point, for telling the truth about the Democratic establishment as well as the Republican. Yes, truth can be hard, and maybe one must be young and not-yet-fully bound up in the system to hear it fully. Even New York Magazine readers who fear Trump may not want to face the whole truth about their own unwitting but objective complicity in what spawned him—a complicity I explain in my essay about him. To suggest that telling the unpleasant truth about Clintonite corporatism plays into his hands is a truism in politics: Democratic socialists who told the truth about Stalinism were accused of strengthening McCarthyism, as perhaps they did. Should they have left it all to Senator Joe?

Clintonite neoliberalism won’t work any better than conservative Republicanism has done because both enable the go-go economic growth that grows inequality, destroying civic trust and hollowing out and hardening hearts. Nor will neoliberal diversity grace notes work. Clinton’s vows to break glass ceilings and curb racist and xenophobic policies are absolutely necessary to our society's renewal, but they’re also insufficient: Breaking glass ceilings (cue Margaret Thatcher, Carly Fiorina, Marine Le Pen) doesn’t improve a building’s foundations and walls unless wholly different challenges are posed to the structure itself. Nothing in Clinton's record proves she can or will work to curb the national-security mania, the militarist juggernaut and the predatory marketing and lending that have trapped us like flies in a spider’s web of 800-numbered, sticky-fingered pick-pocketing machines that are pumping so much heartsickness and violence into our daily lives.

Trump is the terrifying consequence of what both party establishments have done to this country. Sanders is quite right to have steered clear of them, even while working with them strategically, as a mayor and in Congress. Even as a Democratic candidate, he has kept telling truths that Trump won’t tell about our national-security mania, militarist juggernaut, and predatory marketing and lending, which are dissolving our republican virtues and even sovereignty almost mindlessly instead of using whatever remains in the United States’ power to reconfigure these arrangements, in concert with others.