Dear white Hollywood: Here are 3 things you need to hear about your defensiveness on race

Our critiques of erasure, racism and whitewashing aren't "raw anger"—nor are they your moments for personal growth 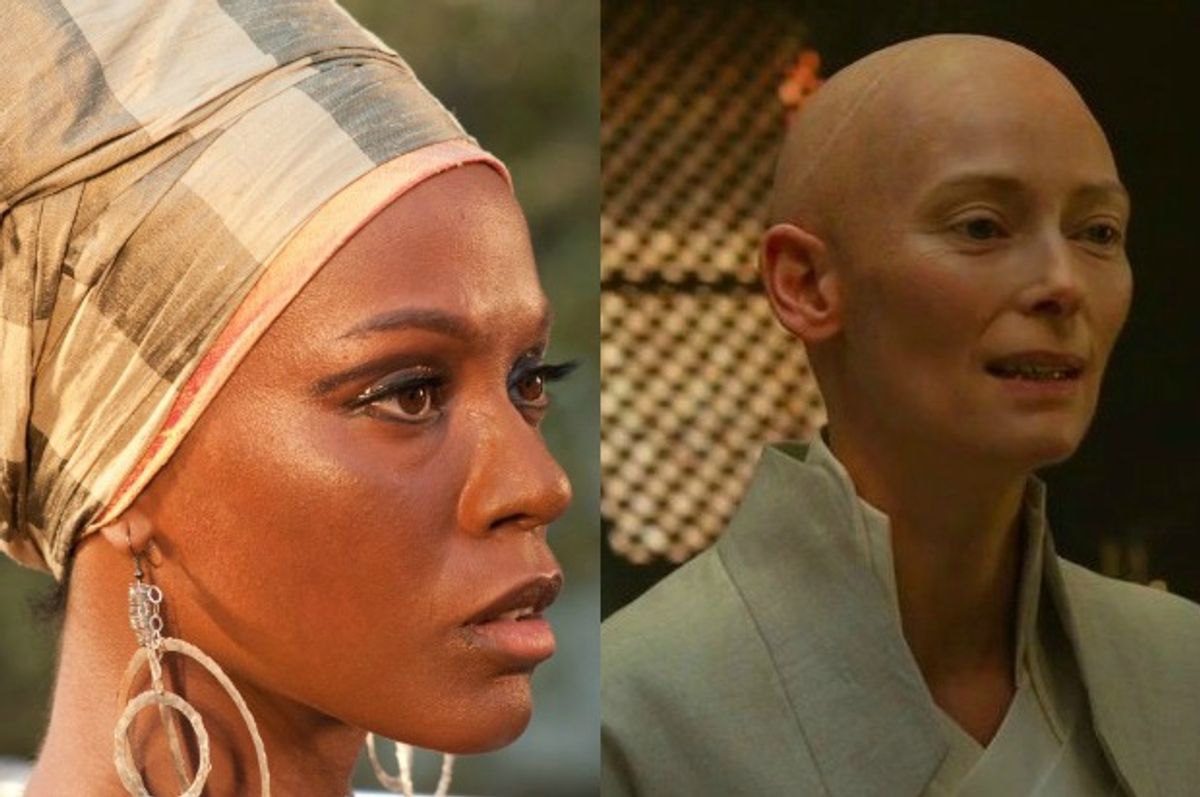 After covering the "Doctor Strange" casting controversy last week, regarding the casting of white actress Tilda Swinton in a traditionally Asian role, the film's director Scott Derrickson weighed in. “Raw anger/hurt from Asian-Americans over Hollywood whitewashing, stereotyping & erasure of Asians in cInema [sic]. I am listening and learning,” he said on Twitter.

Since Derrickson is apparently listening, a few things he should learn:

1. “Raw anger/hurt” is a ridiculously condescending way to characterize thoughtful and well-researched critiques.

When Derrickson's fellow screenwriter C. Robert Cargill addressed the casting choice in an obnoxious and insulting interview, he insisted that “most of the people who have thoughts on it haven't thought it all the way through.” The suggestion was that he and his colleagues had engaged in countless thought exercises about the issue, and had come to a logical conclusion not captured by most people's visceral reactions.

Yet when George Takei condemned the casting decision this week, he addressed and tore down each of Cargill's arguments, and then some. “So let me get this straight. You cast a white actress so you wouldn’t hurt sales…in Asia? This backpedaling is nearly as cringeworthy as the casting. Marvel must think we’re all idiots,” he wrote on Facebook, in response to Cargill's suggestion that the casting of a Tibetan actress would have alienated Chinese audiences. “Marvel already addressed the Tibetan question by setting the action and The Ancient One in Kathmandu, Nepal in the film...it's insulting that they expect us to buy their explanation,” he continued. “They cast Tilda because they believe white audiences want to see white faces. Audiences, too, should be aware of how dumb and out of touch the studios think we are.”

Takei did at times appeal to basic human emotions such as empathy, particularly when addressing the broader issues at stake in this discussion, but always in a hyper-rational manner grounded in substance. “[T]here has been a long standing practice of taking roles that were originally Asian and rewriting them for white actors to play, leaving Asians invisible on the screen and underemployed as actors,” he continued. “This is a very real problem, not an abstract one. It is not about political correctness, it is about correcting systemic exclusion.” New York Magazine described the shrewd analysis as such: “George Takei Calmly Dismantles All of Marvel’s Excuses for Its 'Doctor Strange' Casting.”

If anything, it was Cargill who went off the emotional deep end when addressing the decision, at one point shouting “You are out of your damn fool mind and have no idea what the fuck you're talking about!” at a “social justice warrior” foil he'd created for disingenuous and highly illogical rhetorical purposes. (Derrickson, for his part, has resisted Cargill's characterization of people who care about racism.)

But the technique of subtly diminishing minority voices as speaking from raw emotion and implicitly framing their white counterparts as unbiased parties is a deeply familiar, and itself irrational, one. Derrickson has a vested interest at play here, too, a raw desire to put an end to this debate with hollow platitudes rather than engaging in a meaningful discussion that could hurt his bottom line.

2. The profits made off of hurtful decisions cannot be compartmentalized from the hurt they cause.

Earlier this year, Ta-Nehisi Coates unpacked the framework that led Zoe Saldana to be cast as Nina Simone in her biopic, "Nina." “The producers of 'Nina' are...not personal racists, but cogs,” Coates wrote. “[T]he team...is almost entirely white. Doubtless, these are good, non-racist people—but not good enough...I do not mean to be personally harsh here. I am not trying to hurt people. But there is something deeply shameful—and hurtful—in the fact that even today a young Nina Simone would have a hard time being cast in her own biopic...Nothing about the quality of 'Nina' can actually counter the problems inherent in its very inception.”

Part of what makes Derrickson's self-congratulatory inner reflection ring so hollow is that it comes sandwiched between promotional tweets for the very film he is [almost] acknowledging to be problematic. What, exactly, does he expect us to do with his listening and learning? If he agrees that the decision was wrongheaded, that his own creative process directly led to people's entirely justifiable anger and hurt, if he agrees that the problems inherent in the film's inception cannot be countered by its quality, does he support calls for a boycott he must then concede is morally justified, despite costing him materially? If not, why should the recalibration of his moral compass mean anything, to anyone, at all?

3. Life is not a Marvel property. Minorities don't feel, say, and do things so that white people can self-actualize.

Arthur Chu, discussing Marvel's continued disregard for its Asian audience, echoed Coates. “Did the producers of 'Daredevil' set out to create a storyline where every single Asian character is an agent of supernatural evil who is deeply corrupted by that evil and empowered to be a monstrous killing machine because of it? I doubt they thought of it in those terms. They just took existing tropes from the comics and ran with them without thinking too hard...That’s exactly what people have been complaining about...Because when you don’t put thought into how you use tropes, tropes can lead you to a really bad place without your being aware of it.”

The only reason why anyone gives a damn what Derrickson thinks is because of his cultural cachet, because he occupies a position of power which allows him to create narratives that directly impact social norms. One of those norms is the continued overemphasis, one Takei explores, on white stories at the direct expense of minority ones. Derrickson's attitude is a direct reflection of this overemphasis. He believes his personal growth is of central concern here. It is not. Minorities have tangible asks: we want broader, more nuanced, representation; we want our own stories told; we want a hand in telling those stories. Last week, I asked why Cargill and his team didn't think to bring more Asian actors on board. This week, I ask why Derrickson didn't think to <gasp> actively recruit and solicit the input of Asian critics like Chu rather than white ones like Cargill.

In a vacuum, I suppose it's better that Derrickson engages in self-reflection rather than doubling down. But most people must adequately perform at their jobs before getting paid for them. Takei, Coates, and Chu all stand appalled that today, in the year 2016, engagement with and sensitivity to the social justice issues at play in a cultural product is not a prerequisite for the role of developing it. The reason is, as Takei insightfully noted, that studios believe we're as out of touch as they are. There's only one way to teach them they're wrong.