Hillary is Trump's dream opponent: Clinton is exactly the "limousine liberal" his coalition distrusts the most

Trump scares too many voters to actually win. But he's facing an opponent who encapsulates what got him this far 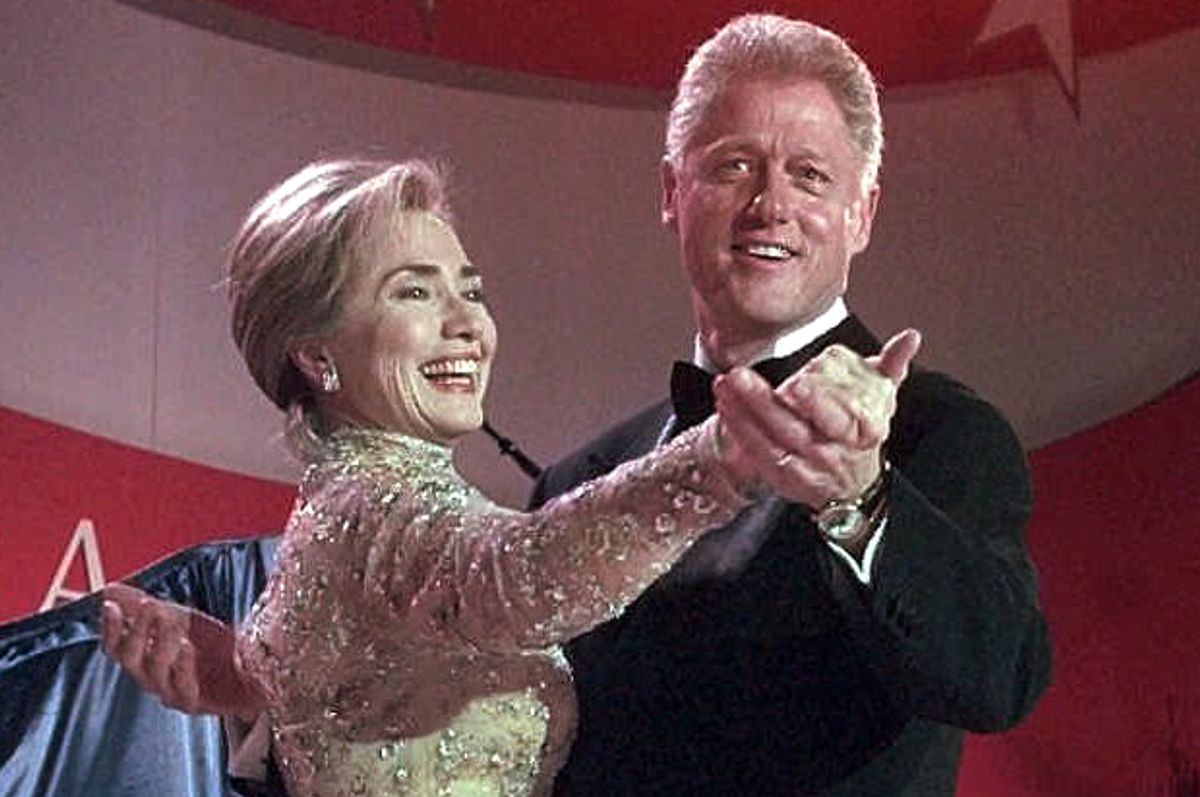 Two images have electrified American politics for the last half century. One is quintessentially sophisticated, goes about in bespoke clothing, and comes equipped with the most imposing social credentials of fame, fortune, higher learning and prestige. The other is lacking in all that, dresses in non-designer jeans and polyester, is of modest means, employment, and education, and flies well beneath the radars of social visibility. Both images were invented at more or less the same moment. Both were strategically deployed by political elites running the Republican Party to vanquish their Democratic Party foes. However, those creatures have now turned on their creators. The Grand Old Party is in shambles as a result.

The limousine liberal and the silent majority are emblems of class struggle American-style. The first is an epithet, the second an invocation. Their confrontation has produced Donald Trump, the unwelcome offspring of Richard Nixon, the bad boy of a Republican establishment, an outlier now blowing it up from the inside.

Limousine liberals are history’s oxymoron, elites that undermine the status quo rather than defend it. Ironically the term was first used by a Democrat running for mayor in New York in 1969 to chastise his opponent, the sitting Mayor John Lindsay, who was indeed to the manner born, Yale educated, raised on Park Avenue, a high Episcopalian, once employed at a white shoe law firm, and, although a Republican, a proponent of civil rights reform, school busing, police review boards, and the War on Poverty and against that other war being waged in Vietnam. Limousine liberals would be treated thereafter as champions of reform and upheaval as long as it didn’t inconvenience them. They stood up for the (black) poor but had no intention of bearing the cost of doing anything about their plight. Not about to change the way they lived, they wanted everybody else to change, to have their kids bused to school, to shoulder the tax burden, to watch the racial and social make-up of their neighborhoods turned upside down, all the while safe in their exclusive neighborhoods, shipping their children off to private schools, sheltering their capital gains and dividends from the taxman, morally dissolute and irreverent, getting around town in limousines not subway cars.

Just before the “limousine liberal” made its debut, Richard Nixon came back from the land of the politically undead on the backs of something he called “the silent majority.” These were plain folk, working and lower-middle-class people, many of whom were once loyalists of the New Deal Democratic Party, who felt they had been abandoned, as in many respects they had been, by a Democratic Party undergoing its own evolution away from the economic populism of yesteryear. When Nixon ran for president in 1968 that’s who he purported to be defending, promising to give voice to an old-time faith in family, homeland, hard work and cultural propriety. The “silent majority” would thereafter be encouraged to wage holy war on the “limousine liberal.”

Enormously successful at first, this strategem had a fatal flaw. On the one hand, it invited resentment tinged with class animosities. That is playing with fire. At the same time, the Republican Party along with a Democratic Party reconstructed by Bill Clinton and the Democratic Leadership Council, presided over what we now call a neo-liberal, market determined capitalism. The outcome was a long epoch of decline for millions of American working people as their material well-being stagnated or was left as road-kill by deindustrialization. Their equality of opportunity, of income and of wealth suffered along with the destruction of whole ways of life and moral, familial, and sexual certitudes. Naturally, resentment grew and grew. No longer “silent” this “majority” (although the actual arithmetic probably doesn’t quite compute) began to vent not only against the limousine liberal establishment, but all establishments, including the one that had called it into being.

All the hullabaloo inside the Republican Party over the last several years, surfacing first most powerfully with the Tea Party movement and its fierce challenge to the Party’s established elite, owes its energy to that unanticipated irony. Only Donald Trump can satisfy its yearnings for payback. He may not be perfect, not exactly the exemplar of old-time religion or familial good order, a bit off-message when it comes to aspects of the welfare state, and a billionaire to boot. But more than anyone else he captures the impassioned mood of our strange civil war, where the limousine liberal functions like a magnet drawing to it all the animosities ignited by economic decline, the looming presence of the leviathan state, frustrated fantasies about national omnipotence, and racial and xenophobias that the subversive elitists from the land of limousine liberalism have let loose.

Trump is likely to suffer a crushing defeat should he turn out to be the nominee. Although we live in disjointed times, he has transgressed too far, frightens too many. Still, he is likely to face the perfect foil for what got him here. He will undoubtedly label Hillary Clinton a “limousine liberal.” And about that he will be right. Although not to the manor born, she has long since become the adopted daughter of that limousine liberal establishment. It is for just that reason that she is so widely distrusted, prepared to talk the talk but not walk the walk when it comes to taking on the powers that be whether on Wall Street or elsewhere. It’s not that Trump will pillory Wall Street, but target instead Clinton’s hypocrisy of which her ties to the Street are Exhibit A. Bernie Sanders has been a beneficiary from the left of the same disenchantment with the bipartisan neo-liberal establishment. But he’s trusted to say what he means to do, which is probably why he consistently outdoes Clinton in defeating all Republican opponents. The “limousine liberal,” the “silent majority," and the divergent populisms hey have birthed are bound to liven up American politics for some time to come.

Steve Fraser's new book, "The Limousine Liberal: How an Incendiary Image United the Right and Fractured America" is being published on May 10 by Basic Books. His other books include Every Man a Speculator, Wall Street, and Labor Will Rule, which won the Philip Taft Award for the best book in labor history. He also is the co-editor of The Rise and Fall of the New Deal Order. His work has appeared in the Los Angeles Times, the New York Times, The Nation, The American Prospect, Raritan, and the London Review of Books. He has written for the online site Tomdispatch.com, and his work has appeared on the Huffington Post, Salon, Truthout, and Alternet, among others. He lives in New York City.