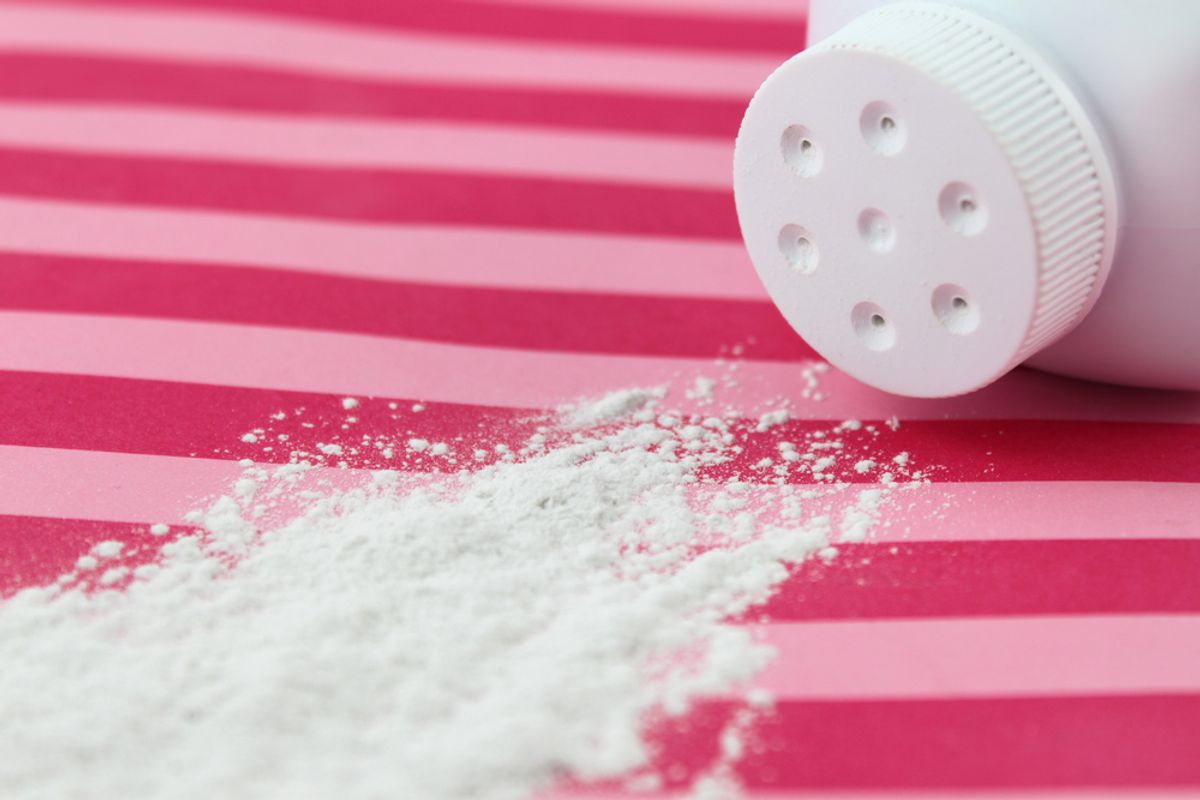 Johnson & Johnson suffered a second straight legal defeat in defense of its signature talc products on Monday when it was ordered to pay $55 million in damages to a woman who blamed her ovarian cancer on the use of Johnson’s Baby Powder for feminine hygiene.

After about 10 hours of deliberations, a state court jury in St. Louis, Mo., awarded $5 million in compensatory damages and $50 million in punitive damages to Gloria Ristesund, 62, of Sioux Falls, S.D. She was diagnosed with Stage I ovarian cancer in 2011, and had a hysterectomy, including removal of her uterus, ovaries and fallopian tubes.

J&J is facing more than 1,200 similar claims on behalf of ovarian cancer victims who say that genital use of its talc powders—baby powder and Shower to Shower—was the cause or a contributing cause of the disease. As reported by FairWarning, in February the health care products giant was slammed with a $72 million loss in a case brought by the family of Jacqueline Fox, a Birmingham, Ala., woman who died of ovarian cancer last year at the age of 62.

But the latest defeat is more significant because the facts seemed much more favorable to the company. Under the procedure being used to handle hundreds of pending claims in St. Louis, plaintiffs got to select the first lawsuit to be tried, the Fox case, and the defense chose the next one, Ristesund. According to evidence in the case, Ristesund had experienced endometriosis and was overweight—both risk factors for ovarian cancer. Moreover, Ristesund has had no recurrence of her cancer since undergoing surgery in 2011. Jurors in cancer cases sometimes show more sympathy for victims who are terminally ill or deceased.

The jury of nine women and three men found J&J and its subsidiary, Johnson & Johnson Consumer Cos., Inc., guilty of negligence and failure to warn about the risks of genital use of talc. But the jury rejected an additional claim that the companies had conspired to provide misleading scientific and medical information. As also occurred in the Fox case, J&J’s co-defendant and talc supplier, Imerys Talc America, Inc., was absolved of liability.

Ristesund declined to be interviewed. But Ted Meadows, one of her lawyers, said she is “very happy” about the verdict, “in particular, since she brought this lawsuit … to let the public know of the risks, since Johnson & Johnson seems unwilling to do so.’’

In a prepared statement, J&J spokeswoman Carol Goodrich said the company will appeal the verdict, which “goes against 30 years of studies by medical experts around the world that continue to support the safety of cosmetic talc. We understand that women and families affected by ovarian cancer are searching for answers, and we deeply sympathize with all who have been affected by this devastating disease with no known cause.

In a written statement, Imerys spokeswoman Stephanie Fraser said the company’s confidence in the safety of its talc “is supported by the consensus view of qualified scientific experts and regulatory agencies. … Our hearts go out to the women and their families affected by ovarian cancer. We hope the scientific community will continue to focus its efforts and resources on finding the true causes of ovarian cancer to help lead us to a cure for this tragic disease.”

In closing arguments on Friday, Ristesund lawyer R. Allen Smith, Jr.  said the case hinged on whether J&J had a duty to warn, and whether genital use of talc caused or contributed to Ristesund’s cancer. “We are not talking about a product that causes a rash,” Smith said. The defendants “have shown complete disregard for the safety of women, and my client.’’

But J&J lawyer Christy D. Jones told the panel that “talc is safe” and “that, ladies and gentlemen, is what the current science is. … You shouldn’t be warning of something that’s not true.’’ In her closing statement, Imerys attorney Nancy M. Erfle said Ristesund’s cancer was ‘’an awful thing for her to go through,” but that “talc is not the reason. …The science supports the safety of talc.’’

Suspicions about talc and ovarian cancer go back decades. In 1971, British researchers analyzed 13 ovarian tumors under a microscope and found talc particles “deeply embedded’’ in 10.

In 1982, the journal Cancer published the first study showing a statistical link between genital talc use and ovarian cancer. The lead author of that study, Dr. Daniel Cramer, a gynecologist and Harvard Medical School professor, recently co-authored a new study that found a 33 percent higher rate of ovarian cancer among women who used talc for feminine hygiene.

In 2016, an estimated 22,280 women will be diagnosed with ovarian cancer in the U.S., according to the American Cancer Society, and about 14,240 will die. The disease strikes about one woman in 70. Studies showing a higher rate of ovarian cancer with talc use have typically found an increased risk of about 35 percent—which would put the odds of getting the disease at roughly one in 50.

Prior to the recent litigation, suspicions about the risks of talc were almost unknown outside of the scientific community. The iconic Johnson’s Baby Powder, introduced by J&J in 1894 and used for decades to powder babies’ bottoms, has long been regarded as quintessentially wholesome and benign.

Along with baby powder, the litigation has focused on Shower to Shower, a another talc powder used for feminine hygiene, and marketed to women with ads that said: “A sprinkle a day keeps odor away. … Your body perspires in more places than just under your arms.” In October 2012, for reasons neither company would discuss, J&J sold North American marketing rights for Shower to Shower to Valeant Pharmaceuticals.

Most of the lawsuits are pending in St. Louis and in J&J’s home state of New Jersey. As reported by FairWarning, the wave of claims was triggered by a mystifying verdict in October 2013 in South Dakota. In that pathbreaking case, a federal court jury found J&J liable for failure to warn but awarded zero damages to ovarian cancer victim Deane Berg. The jury foreperson told FairWarning that the panel wasn’t convinced that talc use caused Berg’s cancer, but believed J&J should have put “something on the product to alert the consumers of the possible injury and the possible risk.”

The case brought a slow-building controversy to a head. Plaintiff lawyers, heartened by a liability finding in arch-conservative South Dakota, began churning out the current wave of ovarian cancer claims.

Talc, the softest of minerals, has a multitude of industrial and consumer product uses, including in the manufacture of paints, paper, rubber, roofing and ceramic materials, and even as a food additive, a filler in capsules and pills and in cosmetics.

At various times over the years, health advocates have called for warnings against using talc products for genital hygiene. “Balanced against what are primarily aesthetic reasons for using talc in genital hygiene, the risk benefit decision is not complex,” said one 1999 study. “Appropriate warnings should be provided to women about the potential risks of regular use of talc in the genital area.”

But J&J and other marketers of talc powders have refused on grounds there is no proof of a health risk.