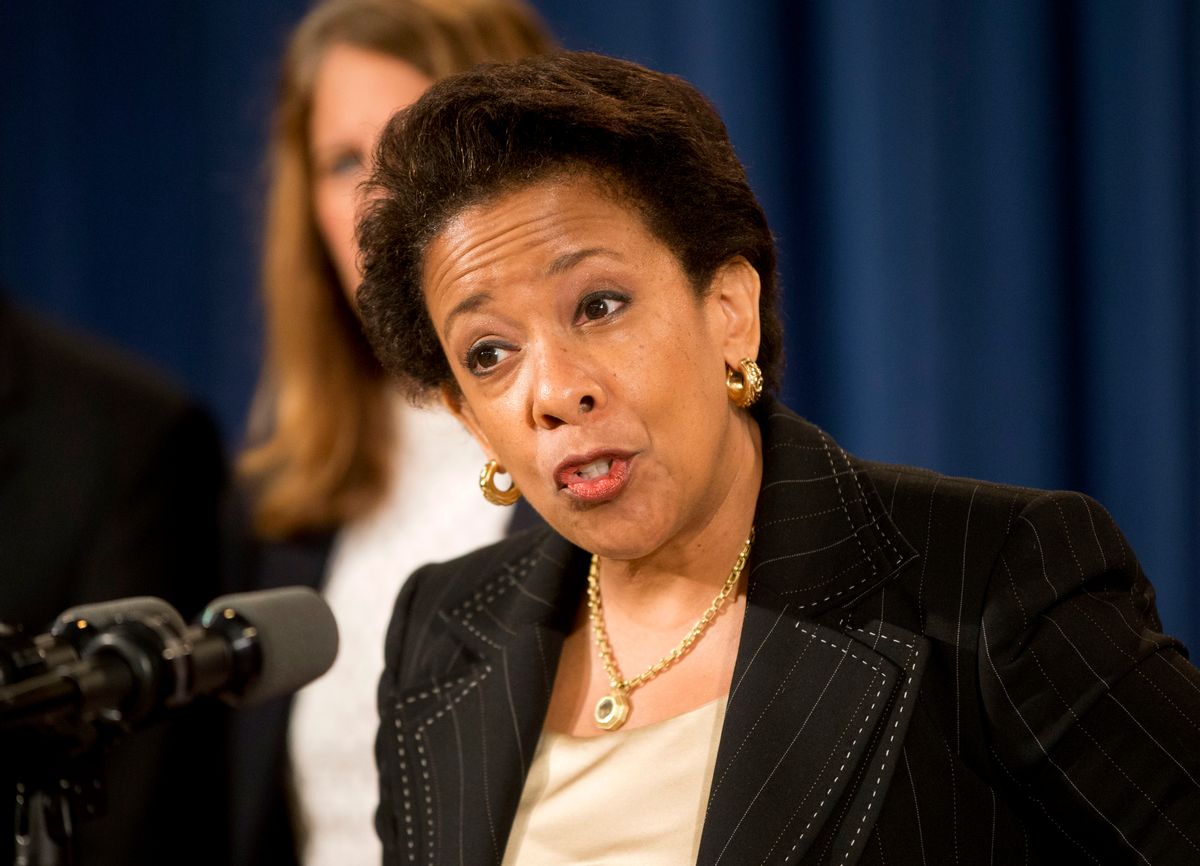 FILE - In this June 18, 2015, file photo, Attorney General Loretta Lynch speaks at a news conference at the Justice Department in Washington. Lynch announced that Dylann Roof, the man accused of slaying of nine black church members in Charleston last month was indicted July 22, on 33 federal counts, including hate crimes, firearms violations and obstructing the practice of religion, which could include the death penalty. (AP Photo/Pablo Martinez Monsivais, File) (AP)
--

Following North Carolina's announcement that it would file a lawsuit against the Department of Justice for the controversial "bathroom bill," the DOJ filed a counter-suit against the state. Attorney General Loretta Lynch spoke out before a news conference likening the discriminatory objection to civil rights liberties in the past.

She continued, “bill after bill in state after state [is] taking aim at the LGBT community,” which she said is borne out of “fear of the unknown” and a discomfort for change.

North Carolina says the so-called bathroom bill is a "common sense bodily privacy law." The act bans individuals from using public bathrooms that do not correspond with their biological sex, as dictated by their birth certificates.

In a letter last week, the Justice Department declared that  "access to sex-segregated restrooms and other workplace facilities consistent with gender identity is a term, condition or privilege of employment. Denying such access to transgender individuals, whose gender identity is different from their gender assigned at birth, while affording it to similarly situated non-transgender employees, violates Title VII."

The letter demanded the state affirm today it won't implement the law. Instead, North Carolina filed a lawsuit against the Department of Justice.

Lynch honed in on North Carolina and said states should not be in the business of “legislating identity” and force transgender people to not be who they are.