Wall Street has raised $23 million for Clinton, reports the WSJ. Many who backed Rubio and Bush now support Hillary 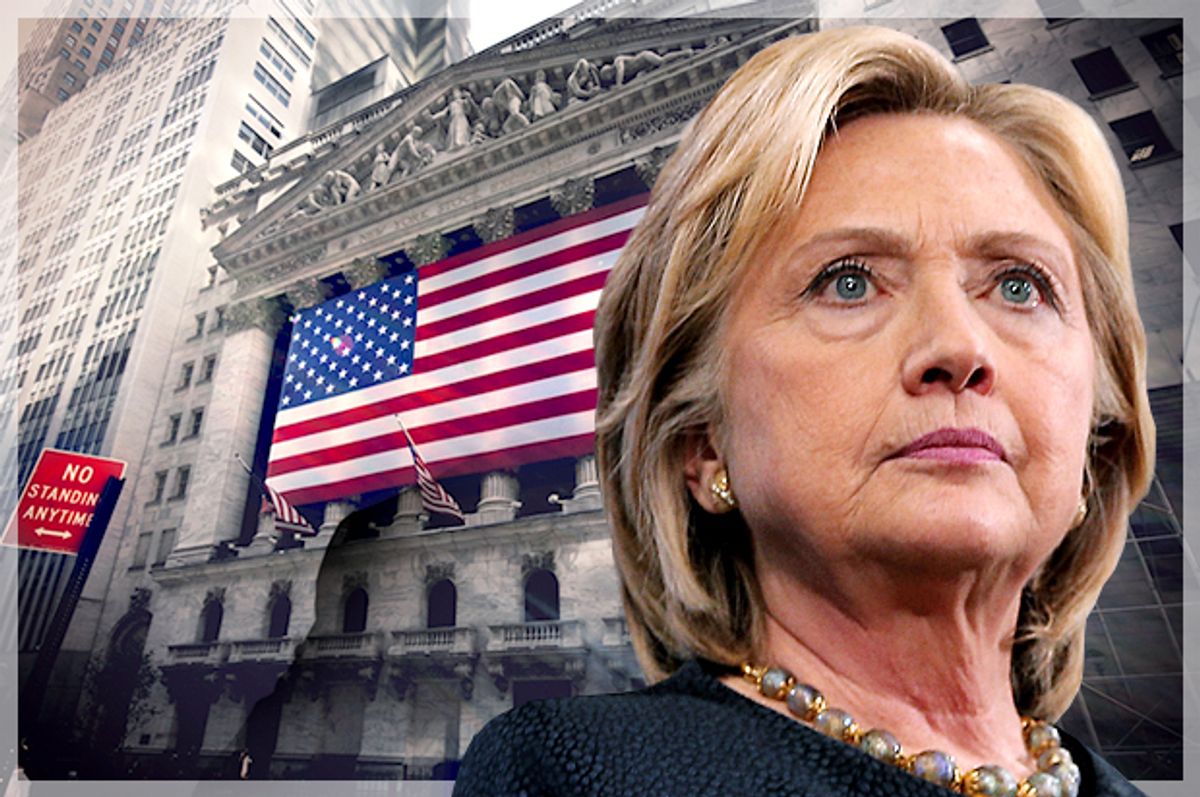 It's official: Hillary Clinton is the preferred presidential candidate of Wall Street.

As it looks more and more like the 2016 presidential election will be between Hillary Clinton and Donald Trump, Wall Street is making it clear which side it's on.

Wall Street has raised nearly $23 million for Clinton this election. At least $4.2 million from Wall Street has gone into Clinton's presidential campaign, and another $18.7 million has gone to the super PAC backing her, The Wall Street Journal reported Sunday.

In March alone, Wall Street raised $344,000 for Clinton — more than all other candidates combined.

Clinton received 53 percent of Wall Street donations in March, according to a Wall Street Journal analysis of fundraising data gathered by the nonpartisan non-profit research organization the Center for Responsive Politics.

More than one-third of the money business interests have donated to presidential campaigns has gone to benefit Clinton, the Journal reported.

Many of the Wall Street donors to former Republican presidential candidates Marco Rubio and Jeb Bush have thrown their weight behind Clinton, since their preferred candidates dropped out of the race.

More than 500 donors, including many Wall Street executives, who gave money to a Republican presidential candidate who dropped out have since given money to Clinton, according to analysis by the nonpartisan organization Crowdpac cited by the Journal.

Trump, on the other hand, has never gotten more than 1 percent of Wall Street contributions, in any month through March.

A Republican lobbyist explained to the Journal that corporations fear the uncertainty around Trump. On the other hand, “They know Hillary. And they know that she is not antibusiness.”

A lifelong donor to Republicans who works as an investment specialist at financial services corporation Merrill Lynch told the newspaper that he is backing Clinton, and donated the maximum amount allowed to her campaign.

Even some Wall Street executives who previously supported Trump have jumped ship and poured money into Clinton's campaign instead.

A few Wall Street donors have said they plan to back Trump, the Journal noted. And Trump recently selected a former Goldman Sachs official to serve as his national finance chairman.

"Still, Mrs. Clinton’s ability so far to draw the support of business donors, even those who lean Republican, suggests she is reversing the flow of Wall Street money toward the GOP ever since big banks, investment firms and hedge funds fell out of favor with President Barack Obama," the newspaper added.

"Hillary Clinton is consolidating her support among Wall Street donors and other businesses ahead of a general-election battle with Donald Trump," the Journal wrote.

The financial-services sector donated more than any other industry in the 2012 presidential election between Barack Obama and Mitt Romney, the report noted, more than $90 million. Romney received roughly three times as much Wall Street money as Obama.

"Mrs. Clinton’s popularity on Wall Street could prove a liability with some liberal voters, as primary rival Bernie Sanders has attacked her for being too cozy with the financial industry," the Wall Street Journal wrote. "But winning back a sizable chunk of money that went to Mr. Romney four years ago would likely give Mrs. Clinton a big fundraising advantage in the general election."