Gene Simmons on Prince: "How pathetic that he killed himself" 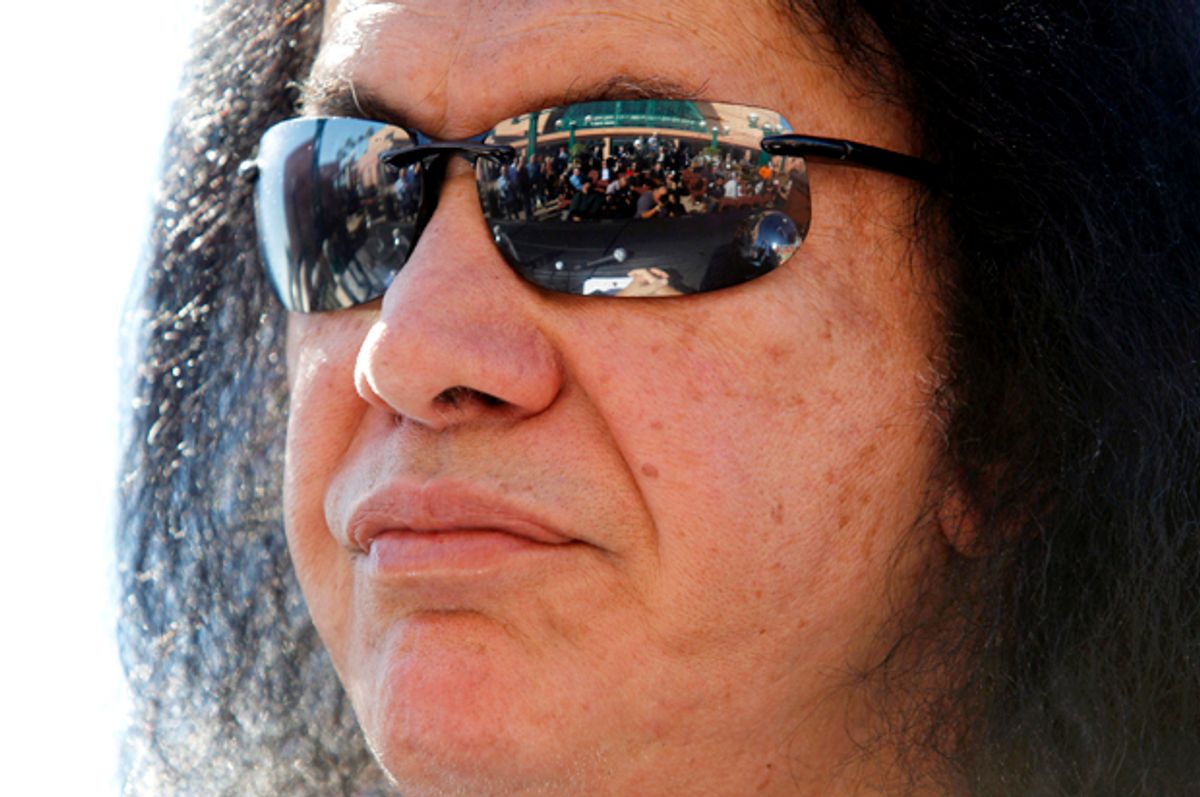 In a new interview with Newsweek, Kiss figurehead Gene Simmons reflected on the untimely passings of music icons David Bowie and Prince, respectively, but in very different terms.

"Bowie was the most tragic of all because it was real sickness," Simmons said, referring to the singer's year-long battle with terminal liver cancer.

Prince, on the other hand, "His drugs killed him."

"I think Prince was heads, hands and feet above all the rest of them," he conceded. "But how pathetic that he killed himself. Don’t kid yourself, that’s what he did. Slowly, I’ll grant you ... but that’s what drugs and alcohol is: a slow death."

Sources close to Prince have indicated that the singer may have suffered from an opioid addiction as a result of treatment for chronic hip pain, according to reports.

Simmons recalled the first time he met Prince, at a club when the singer and multi-instrumentalist was just starting out, and was surprised to meet a "very self-effacing" person -- a far cry from his onstage demeanor.

According to Simmons, Prince fell victim to "the cliché of clichés: drugs and alcohol" -- a temptation he said he's never had.

"I’ve never been high or drunk in my life," Simmons said. "I can almost understand drinking or getting high if it made my schmeckel bigger, or made me smarter, but nothing happens."

Yet Simmons doesn't believe Prince's legacy will be "hurt" by his alleged drug use.

"Your legacy becomes even bigger, you become more iconic, if you die before your time—Marilyn Monroe, Elvis and all that," he explained. "They capture the youth."

Read the full interview over at Newsweek.