"Why has Israel killed more than 2,000 Palestinian children since 2000?" a rights activist asked Benjamin Netanyahu 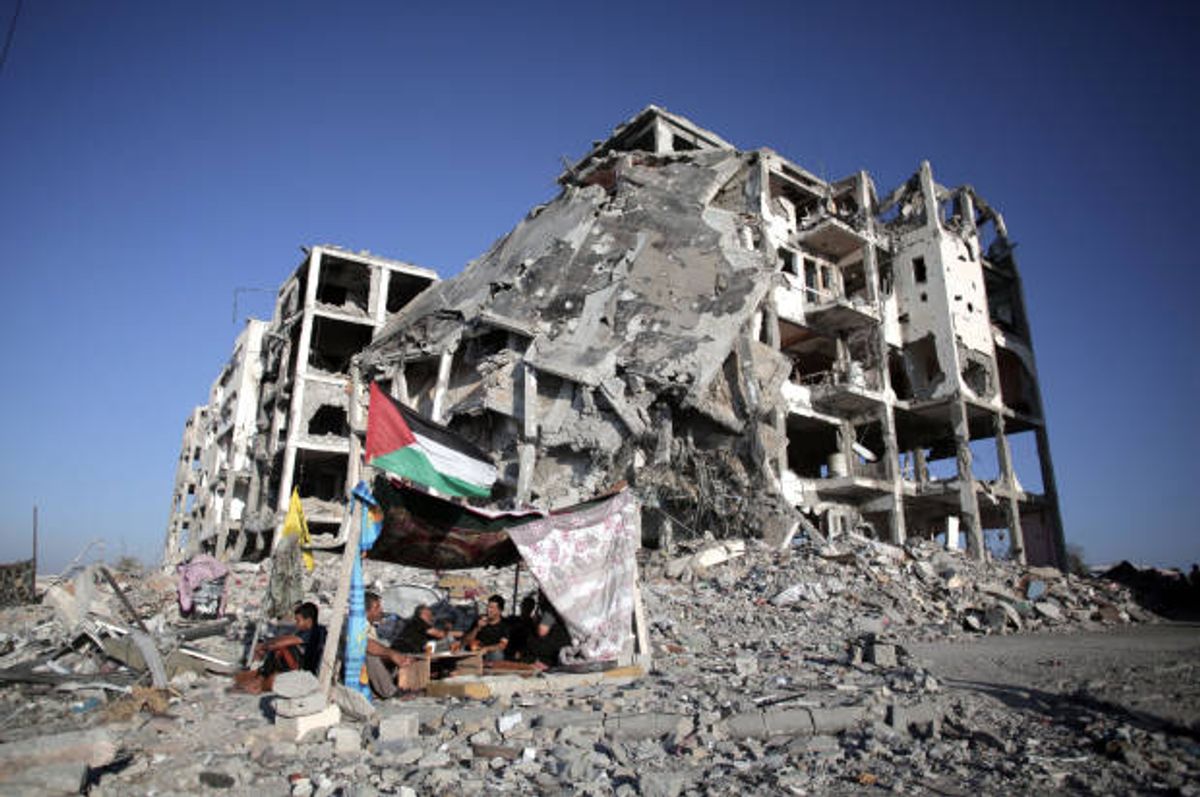 Palestinians sit next to their demolished home, in the town of Beit Lahiya, northern Gaza, on Aug. 11, 2014 (AP/Khalil Hamra)
--

#AskNetanyahu immediately started trending on Twitter, as users sent out thousands of mostly critical tweets — two days before the event was scheduled to take place.

Activists and journalists criticized the hard-line right-wing prime minister, who has continuously expanded illegal settlements in the occupied West Bank, and who oversaw Israel's destructive 2014 war in the besieged Gaza Strip, in which more than 2,250 Palestinians were killed, two-thirds of whom were civilians, including at least 550 children, according to the U.N.; in which tens of thousands of civilian homes were destroyed or damaged, leaving 100,000 Gazans homeless; and in which human rights organizations say the Israeli military committed war crimes.

Palestinian American poet Remi Kanazi referenced a speech in October in which Netanyahu blamed the Holocaust on Palestinians, not Hitler. Israeli scholars and critics within the Israeli government called this "dangerous historical distortion," accusing Netanyahu of Holocaust denial.

Al Jazeera journalist Mehdi Hasan even invited Netanyahu onto his show "Up Front."