Oswalt starred as Orson Welles in a parody of "F for Fake," warning of the tricks by the pregnancy centers 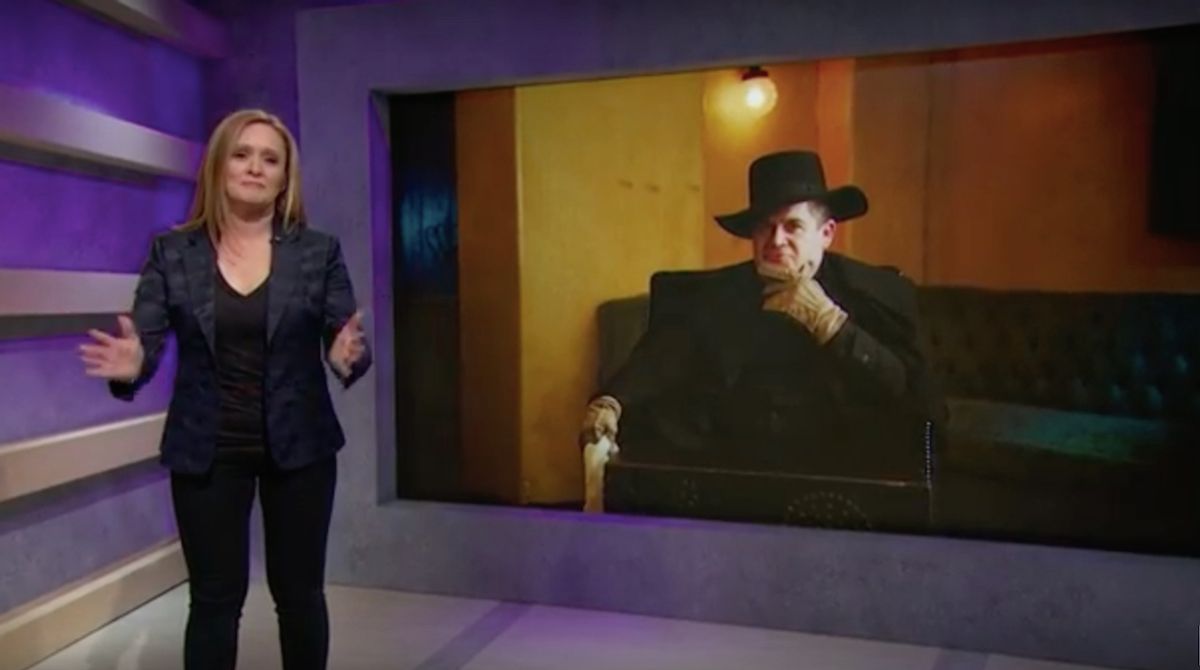 On Monday night's "Full Frontal with Samantha Bee," Bee and her guest Patton Oswalt  took aim at crisis pregnancy centers, dotted around the country in an effort to scare women into thinking abortions are unsafe.

Patton Oswalt starred as Orson Welles in a parody of "F for Fake," warning of the tricks and hoaxes fake clinics try to pass off as truth. The centers, which look very similar to real abortion clinics, have staff  in white overalls, albeit their lack of medical training, and twist what seems to be legitimate medical advice for women, into strong dissuading abortion arguments.

The segment was filmed a month ago, before the sudden death of Oswalt's wife Michelle McNamara on April 21.

Bee touched on several in-depth investigations carried out by NARAL Pro-Choice America and Cosmopolitan , which found crisis pregnancy centers regularly lie to women  considering abortions. According to Vox the investigations say clinics push the notion abortions will perforate your uterus and make you infertile (an incredibly rare complication of the procedure); that they cause breast cancer and mental illness, which have been entirely rejected by reviews.

The centers place ads on billboards with the words, "Pregnant? Scared? Need Help?" In the past they also ran online ads for Internet searches of "abortion,"  but search engines Google and Yahoo have since taken those ads down, subject to false advertising.

While tricks and illusions can be fun, Oswalt says, "crisis pregnancy centers are just plain assholes." Watch the full segment below: