Detroit girl a victim of another gun horror: 5-year-old fatally shoots herself with .38 found under her grandma's pillow

On the west side of Detroit, Mariah Davis isn't even the first minor to suffer a self-inflicted shooting this week 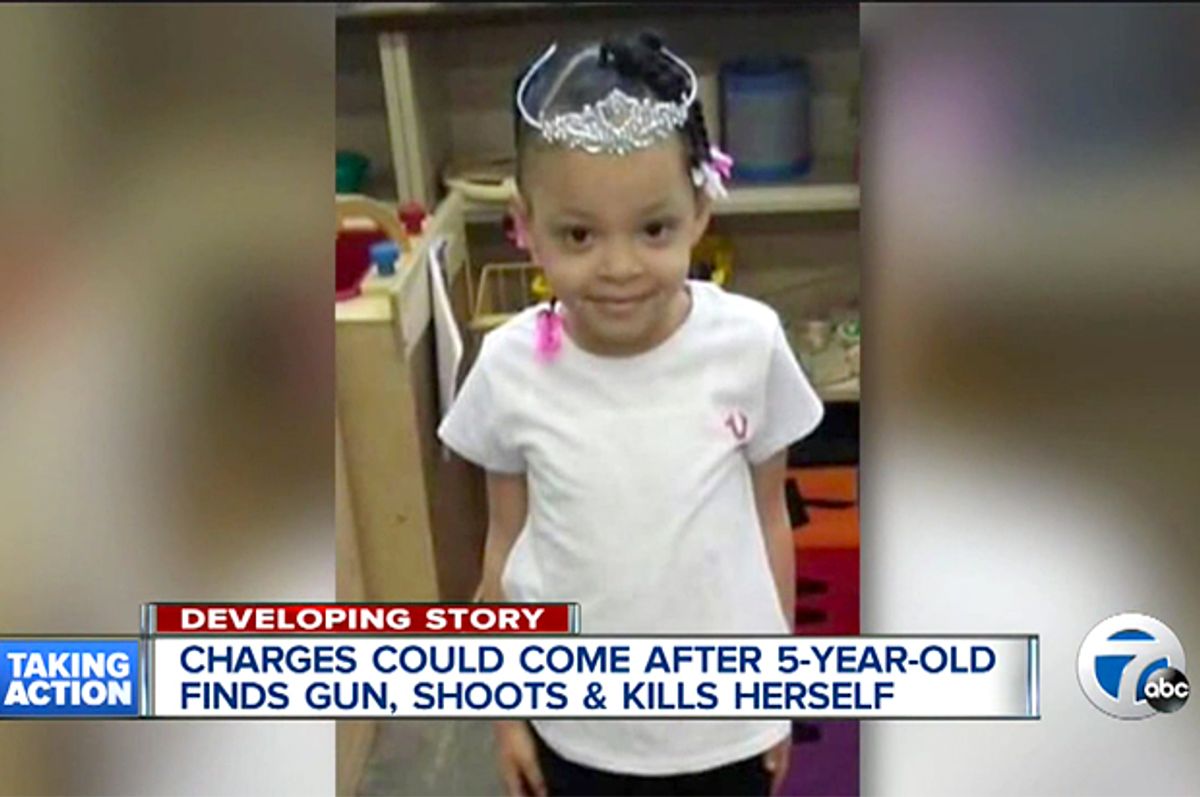 Mariah Davis, of Detroit, reportedly shot herself with a gun found beneath a pillow. (WXYZ)
--

A 5-year-old girl in the Oakfield neighborhood of Detroit died Wednesday morning after accidentally shooting herself late Tuesday night with a loaded gun she found under her grandmother's pillow, according to local ABC affiliate WXYZ.

The victim, Mariah Davis, found the .38 caliber handgun, belonging to her grandmother, while playing upstairs. Her grandmother, who was babysitting, was downstairs in the kitchen, according to The Detroit News.

After Davis found the gun in her grandmother's room, she brought it into another room in the house, where she'd been staying with a 1-year-old and 3-year-old, and fatally shot herself in the neck, according to reports. The other children, though present, were not injured.

Charges have yet to be filed against the grandparents, but an investigation is ongoing.

"Gun owners need to be responsible. We’ve been doing gun safety programs for years, and we’ll keep doing them," Wayne County Assistant Police Chief Steve Dolunt told The Detroit News. "People must think ‘it won’t happen to me’ — until it happens to them."

Davis' death marks the second time in less than a week that a child on Detroit's west side has been the victim of a self-inflicted shooting.

On Sunday, a 9-year-old boy found a gun on the lawn of a home and accidentally shot himself in the chest, suffering a nonfatal wound to the chest-area.