The Sanders campaign insists Bernie is "best positioned to beat Trump," and is preparing for a contested convention 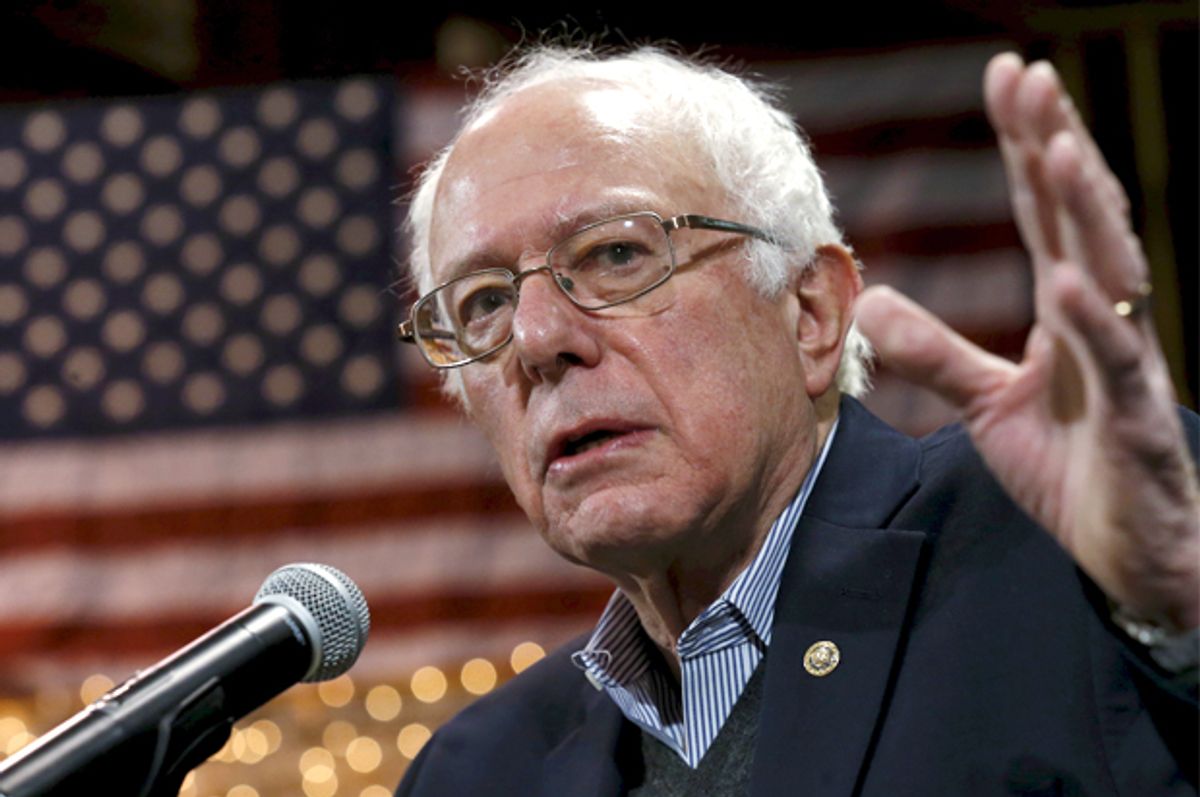 Bernie Sanders is not giving up. He is still in this to win, and his campaign is ramping up its rhetoric.

In an email sent out on Wednesday, Bernie 2016 campaign manager Jeff Weaver declared plans to push for a contested convention in Philadelphia in July.

By nominating Hillary Clinton, Weaver insisted, the Democratic Party would be risking "disaster simply to protect the status quo" in the U.S.

"We’re going to have a contested convention where the Democratic Party must decide if they want the candidate with the momentum who is best positioned to beat Trump, or if they are willing to roll the dice and court disaster simply to protect the status quo for the political and financial establishment of this country," he wrote.

The U.S. political and financial establishment has long made it clear that Clinton is its preferred candidate.

Wall Street has overwhelmingly backed Clinton, an extremely hawkish multimillionaire. Financial executives, including many of those who previously backed GOP presidential hopefuls Jeb Bush and Marco Rubio, have poured millions of dollars into Clinton's campaign in order to help her defeat Trump.

Many prominent right-wing figures have come out in support of Clinton, calling her "far preferable to Trump" and even "the conservative hope."

A Quinnipiac University poll of crucial swing states found Clinton narrowly winning Florida and Pennsylvania, but losing to Trump by 4 percent in Ohio. Sanders would more comfortably win all three, according to the poll.

"This is pretty scary," the Bernie 2016 campaign manager said. He posed Sanders as the biggest threat to Trump.

"We’ve been told our goals for the future are Utopian, and that our plans would raise taxes on middle class families. We just never thought those attacks would come in a Democratic primary," Weaver said.

"Yet somehow we keep winning," he added.

Sanders has won 19 states in the primary — more than Clinton. Hillary, however, has won many of the more populated states, giving her more delegates.

The undemocratic superdelegate system has, in particular, given Clinton an unfair edge. She has repeatedly lost states by double digits, but still come out on top with more total delegates, because the unelected party elites who serve as unpledged delegates have overwhelmingly thrown their weight behind her.

“Why does the Democratic Party even have voting booths? This system is so rigged,” Scarborough exclaimed in a segment in April.

Sanders is mathematically unable to win with pledged delegates alone, however, so his campaign has recently changed course and begun trying to woo superdelegates to his side.

The Bernie 2016 campaign has asserted that it is still in this win, and sees a contested convention as the way forward.

"Because we must do everything we can to defeat Trump in November our mission is to win as many pledged delegates as we can between now and June 14th," Weaver wrote.

He closed the latest email with an expression of solidarity.

"We are the best chance to defeat Trump because people united can never be defeated," the message concluded. "That is why we must keep fighting."