A vanishing twin? Penis-enhancement medications? You ain't heard nuthin' yet 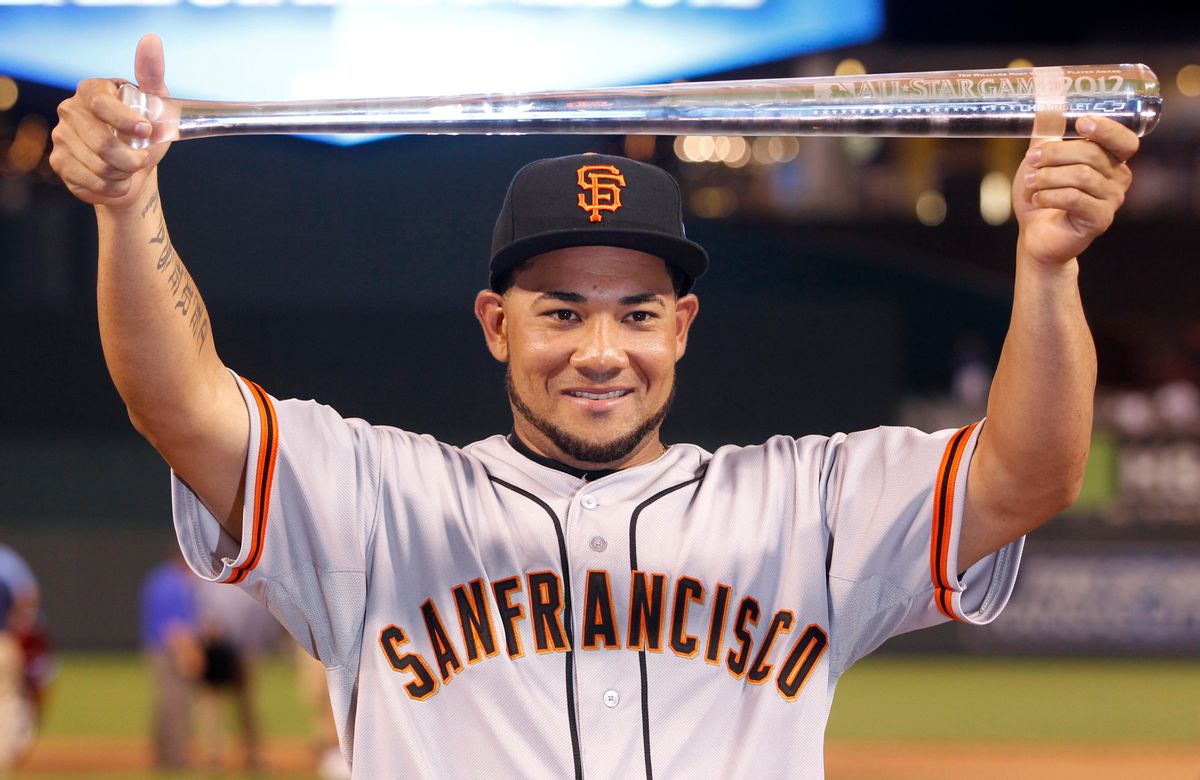 Drug testing, whether for performance-enhancing drugs or just plain recreational ones, is part of top-level athletic competition, both in professional leagues and international amateur competition. But too many athletes seem oblivious to that fact, as the constant stream of positive drug tests in sports attests.

Houston Texans offensive tackle Duane Brown got caught up in the drug testing trap last fall, when he was suspended for 10 games by the NFL for violating the league's performance-enhancing drugs policy. But he beat the rap, getting the suspension overturned on appeal by claiming he ate too much meat on a trip to Mexico.

Yeah, right, Mexican meat made him test dirty. Well, actually, maybe it did. Brown had tested positive for the steroid-like substance clenbutrol, but won his appeal by presenting evidence that some meat produced in Mexico and China was contaminated with the substance. He produced receipts showing he ate at least 10 hamburgers and two steaks during his weeklong vacation there last fall.

Now, that was a good excuse. Other athletes have tried creative excuses for positive drug tests, but unlike Brown, they didn't have any evidence to support their claims. Here are 10 world-class athletes with really whack excuses for testing dirty and no receipts to back them up.

1. Mark Bosnich. The goalkeeper for Chelsea's soccer team was suspended for nine months in 2002 after testing positive for cocaine. He explained that, yes, he had used the drug, but only to teach his wife a lesson. "I told her that for every line of cocaine she took, I would take two, and that's exactly what I did." Years later, he admitted he had a bad cocaine habit.

2. Melky Cabrera. The San Francisco Giants outfielder tested positive for performance-enhancing drugs in 2012, was suspended for 50 games, and went to extraordinary lengths to explain it away. Cabrera paid someone $10,000 to create a fake website selling fake products, then claimed he accidentally ingested performance-enhancing drugs via a fictional product obtained on the website. Major League Baseball and the FBI managed to trace the website back to Cabrera.

3. Richard Gasquet. The French tennis player tested positive for cocaine in May 2009 and dropped out of a tournament because of the positive test. But that didn't stop him from trying to claim he came up dirty because he made out with a woman who had snorted some at a local nightclub.

4. Ben Johnson. The Canadian sprinter won Olympic gold in 1988 only to see it stripped away after he tested positive for the steroid stanozolol. He claimed someone had spiked his energy drink. He was suspended for three years, during which time he admitted injecting steroids, and was later hit with a lifetime ban after failing a drug test again in 1993.

5. Tyler Hamilton. The U.S. cyclist was nailed for blood doping in 2004, but tried to blame the foreign blood on a "vanishing twin" he had absorbed into his own body before birth. Tyler tested positive for blood doping numerous times. The cycling teammate of Lance Armstrong eventually admitted to doping and wrote a book about its prevalence in the world of cycling.

6. Floyd Landis. Landis won the 2006 Tour de France, but was disqualified after testing revealed high levels of testosterone. First he blamed the test results on drinking too much whisky the night before, but when doctors said that was impossible, he went full brazen: "The levels that I've had during the tour and all my career are natural and produced by my own organism." Landis later 'fessed up to continual doping and also outed Lance Armstrong and other top riders as dopers.

7. LaShawn Merritt. Merritt won Olympic gold as a sprinter in 2008, but was suspended for two years after failing three drug tests in 2009 and 2010. He blamed a penis-enhancement medication called ExtenZe. "Any penalty I may receive for my actions will not overshadow the embarrassment and humiliation that I feel inside." Indeed.

8. Dennis Mitchell. The American sprinter and 1992 Olympic gold medal winner as part of the 400-meter relay team tested positive for high levels of testosterone in 1998. His defense was that his maleness was up because he had five beers and had sex with his wife five times the night before. "It was her birthday. The lady deserved a treat," he explained.

9. North Korea Women's Soccer Team. At the 2011 World Cup, five members of the team tested positive for steroids. Their handlers' explanation was that the players had been struck by lightning and had to resort to a traditional Chinese remedy involving deer musk glands to recover. The authorities weren't buying it; the players were suspended and the team was banned from the 2015 World Cup.

10. Javier Sotomayor. The Cuban high jumper won the gold at the 1999 Pan American Games, but was stripped of his prize after testing positive for cocaine. Sotomayor suggested he was set up by someone trying to make Cuba look bad, and Cuban leader Fidel Castro seconded that notion, blaming the "Cuban-American mafia." Sotomayor was suspended for a year, then tested positive for a performance-enhancing drug in 2001, effectively ending his career.

[This article first appeared on Alternet]