America's enduring Hiroshima shame: Why Barack Obama should apologize for the atomic bomb — but won't 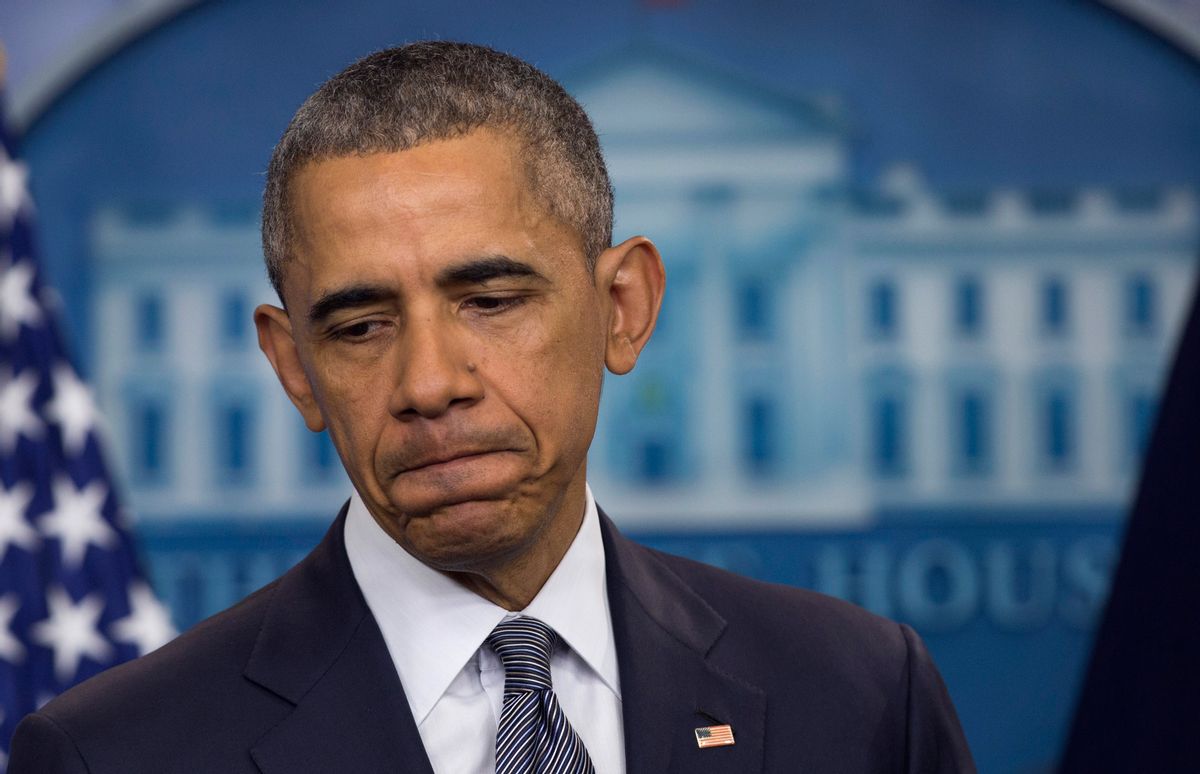 As President Obama prepares to visit Hiroshima, it is worth remembering what the atomic bomb that the United States dropped on that city in 1945 actually did.

The bomb killed up to 80,000 people—the vast majority of them civilians—instantaneously. Estimates about the total number of casualties range from around 90,000 to 200,000. Many were simply turned to ash. Most of the city was flattened. This is before you even get to the long-term effects that the radiation from the bomb subjected the survivors to.

In his peerless account of the aftermath of the blast, John Hersey described what one priest saw as he traveled through Hiroshima:

When he had penetrated the bushes, he saw there were about twenty men, and they were all in exactly the same nightmarish state: their faces were wholly burned, their eyesockets were hollow, the fluid from their melted eyes had run down their cheeks. (They must have had their faces upturned when the bomb went off; perhaps they were anti-aircraft personnel. ) Their mouths were mere swollen, pus-covered wounds, which they could not bear to stretch enough to admit the spout of the teapot. So Father Kleinsorge got a large piece of grass and drew out the stem so as to make a straw, and gave them all water to drink that way. One of them said, “I can’t see anything.” Father Kleinsorge answered, as cheerfully as he could, “There’s a doctor at the entrance to the park. He’s busy now, but he’ll come soon and fix your eyes, I hope.”

Not content with having caused so much carnage, America dropped another atom bomb on Nagasaki three days later.

It's not clear how much Obama will delve into this horror when he makes the first-ever visit of a sitting U.S. president to Hiroshima, but the White House has been very clear that he won't be apologizing or questioning the decision to drop the bomb. This is as inevitable as it is tragic, because it is crystal clear that the bombings of Hiroshima and Nagasaki were monstrous crimes, and the people of those cities are owed an apology for them.

Wednesday's New York Times contained a dutifully balanced piece about the ongoing debate over Hiroshima. The article noted that both America and Japan are guilty of historical amnesia about the war. This is obviously true. Japan has only fitfully grappled with the campaigns of imperial terror and sexual violence that it unleashed across Asia. But just because Japan may be unwilling to delve too deeply into its past doesn't mean that the U.S. should join it. Unfortunately, Hiroshima is just one of the many stains on the American historical legacy that successive governments have largely avoided dealing with.

No president has ever issued a formal apology for slavery, possibly the worst crime in the history of the country and the foundation upon which it rose to power. There is just one crumbling federally funded memorial to slavery in the entire United States. Similarly, a congressional apology to Native Americans for the genocidal campaign against them was buried deep within a 2009 defense appropriations bill. And, far from apologizing for America's undermining of democracy and its backing of death squads and dictatorships throughout the 20th century, the Obama administration held a celebratory event for war criminal Henry Kissinger just this past Monday.

Even as Obama prepares to speak about a nuclear-free world at the very place where the country he represents introduced nuclear weapons into that world, he's overseeing a $1 trillion upgrade of the American nuclear arsenal. At the very least, it calls into question his supposed commitment to purging the globe of these weapons.

Apologies do not undo any damage. They don't automatically turn the world into a different place. But they are still important. They represent an acknowledgement that a wrong was committed. They signal to people that the pain they endured is being taken seriously. They symbolize a devotion to historical truth. The United States incinerated tens of thousands of innocent people in an instant in Hiroshima. It opened up a pit of the deepest human misery. In bringing nuclear arms into the planet, it made the world a far more dangerous place. Aren't those all things that America should apologize for?