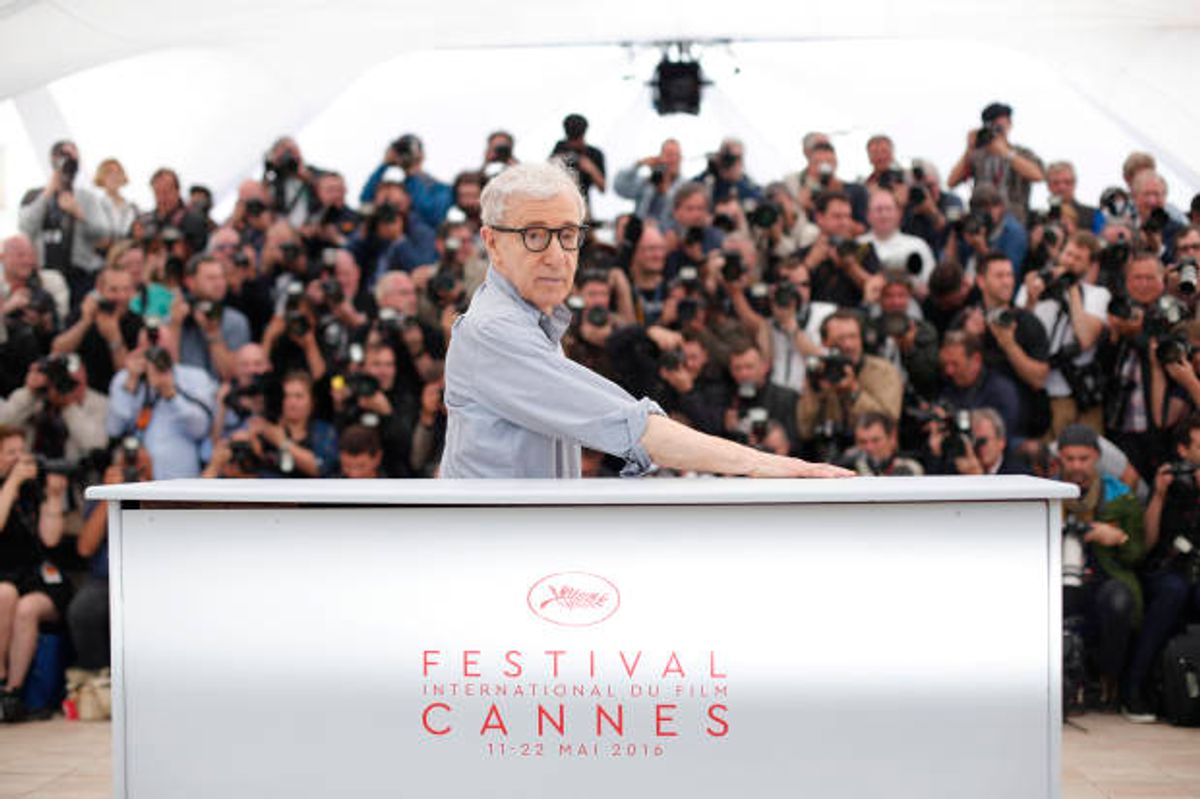 The Hollywood Reporter was barred from attending events for Woody Allen's new film "Cafe Society" at the Cannes Film Festival after the magazine published a critical essay of the director from his estranged son, Ronan Farrow, blasting entertainment journalist for failing to ask Allen about longstanding allegations of sexual abuse.

“There will be press conferences and a red-carpet walk by my father and his wife (my sister)," Farrow wrote of the media coverage his father, whose new film is opening the prestigious international film festival, will receive. "They can trust that the press won’t ask them the tough questions. It’s not the time, it’s not the place, it’s just not done.”

To be sure the reporters at the outlet who dared to print Farrow's blistering critique didn't ask those probing questions of Allen, his vaunted publicity team controlled the media's access to Allen at Cannes in an apparent act of retribution:

THR reached out to Dart to explain why she banned the publication from the event. She responded: "It's only natural that I would show displeasure when the press — in this case, The Hollywood Reporter — goes out of its way to be harmful to my client."

Of course the recourse taken by Team Allen is just as Farrow had predicted in his THR essay to begin with, thereby further illustrating his point:

Being in the media as my sister's story made headlines, and Woody Allen's PR engine revved into action, gave me a window into just how potent the pressure can be to take the easy way out. Every day, colleagues at news organizations forwarded me the emails blasted out by Allen's powerful publicist, who had years earlier orchestrated a robust publicity campaign to validate my father's sexual relationship with another one of my siblings. Those emails featured talking points ready-made to be converted into stories, complete with validators on offer — therapists, lawyers, friends, anyone willing to label a young woman confronting a powerful man as crazy, coached, vindictive. At first, they linked to blogs, then to high-profile outlets repeating the talking points — a self-perpetuating spin machine.

The open CC list on those emails revealed reporters at every major outlet with whom that publicist shared relationships — and mutual benefit, given her firm's starry client list, from Will Smith to Meryl Streep. Reporters on the receiving end of this kind of PR blitz have to wonder if deviating from the talking points might jeopardize their access to all the other A-list clients.

Asked about his son's essay, Allen reportedly said, "I never read anything about me."

"Any of these interviews I do, anything. I said everything I had to say about that whole issue in the New York Times — I don't know if you read it — some time ago. I have moved so far past that. You know, I never think about it. I work, and that's the end of it for me. I said I was never gonna comment on it again because I could just go on endlessly."