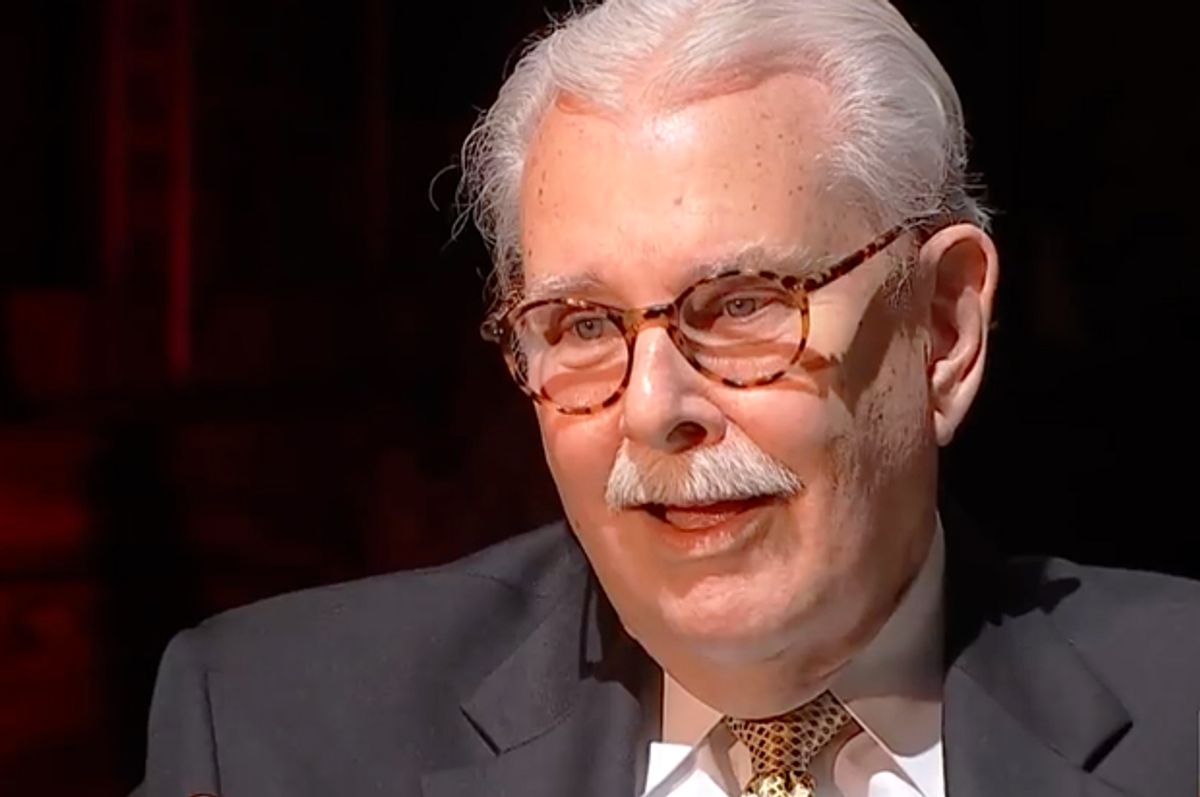 Here's everything you need to know about Trump's butler:

1. Senecal worked for Trump for more than two decades

Senecal says he started working at Mar-a-Lago in about 1959 and stayed on the staff when Donald Trump bought the Palm Beach, Fla. estate in 1985. He became Trump's butler in about 1992 and held that post for 17 years. Senecal now serves as the in-house historian at Mar-a-Lago.

In Facebook posts, Senecal referred to the president as a "kenyan [sic] fraud" and an "unfeeling sack of camel feces." He also repeatedly called for Obama to be killed, writing, "this prick needs to be hung for treason" and "should have been taken out by our military and shot as an enemy agent in his first term."

3. He's not a fan of Hillary Clinton either

Senecal's Facebook account also railed against the former Secretary of State, whom he referred to as "Killery." "Stop the LYING BITCH OF BENGHAZI, NOW," he wrote in one post. "She should be in prison awaiting hanging !!!!!!!"

"There are to [sic] many fkn muzzies in America," Senecal wrote in one post. He also thinks Obama secretly practices the religion: "Our current 'president' is a rotten filthy muzzie !!!!!"

5. Senecal is unapologetic about his statements

In the same NBC interview, Senecal suggested that cities like Detroit and Milwaukee should be designated as "nuclear bomb sites" because of their Muslim populations. “We need to bomb em out,” he elaborated. “I could care less if they’re in the U.S. — I don’t want em in the U.S., they don’t belong here. They belong in the sand dunes where they came from.”

"NO ONE deserves to run for and be elected to this GREAT office, than Mr. Trump," Senecal wrote in one Facebook post. Trump, he says, will "put an end to the corruption in government." And like his former boss, Senecal is an Obama birther. "I don't believe he's an American citizen," he told Mother Jones.

8. Senecal had a brief political career of his own

Trump's butler took a sabbatical in 1990 to serve as the mayor of a West Virginia town, where he proposed requiring begging permits for all panhandlers, the New York Times reported in March.

"Tony Senecal has not worked at Mar-a-Lago for years, but nevertheless we totally and completely disavow the horrible statements made by him regarding the President," a Trump spokesperson said on Thursday. Though the Trump camp claims Senecal doesn't currently work at Mar-a-Lago, according to Mother Jones he earns money guiding tours of the premises in his role as the estate's historian.

10. The Secret Service is looking into the matter

Senecal's aggressive statements towards Obama attracted the attention of the Secret Service, which routinely looks into online threats against the president. "The U.S. Secret Service is aware of this matter and will conduct the appropriate investigation," the organization said in a statement.