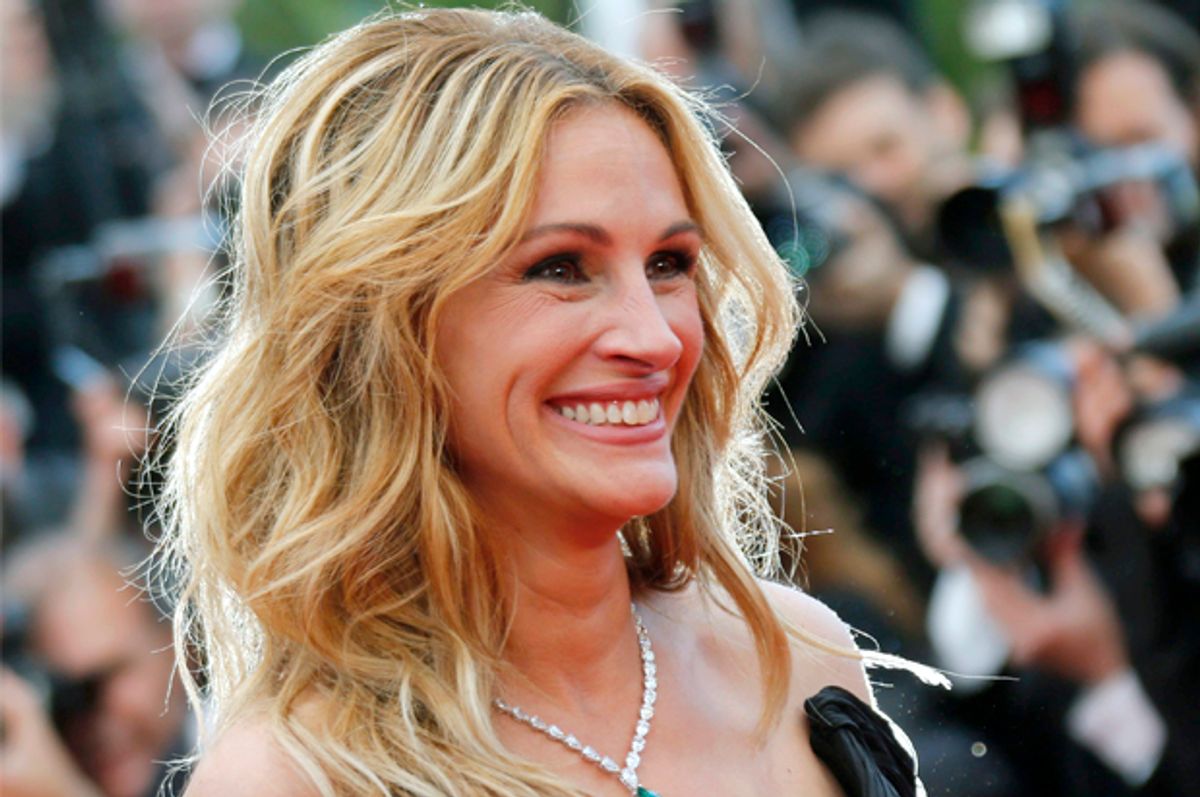 Ladies, it's turned out to be a very empowering week for our fight to assert our right to bodily autonomy. And in case you hadn't noticed — feet are a feminist issue.

Earlier in the week, 27 year-old Londoner Nicola Thorp shared her tale of arriving for a temp assignment at finance company PwC in what she believed was professional attire — including "smart flat shoes." But as she told BBC Radio, she was quickly sized up and told to go out and get a pair of shoes with "2 to 4 inch heel." And when she refused, she was sent home unpaid. Her temp firm Portico seemed to stand by the choice, explaining that she "signed the appearance guidelines" when she joined the agency.

Recalling the incident to the BBC, she Thorp said, "I said 'If you can give me a reason as to why wearing flats would impair me to do my job today, then fair enough,' but they couldn't. I was expected to do a nine-hour shift on my feet escorting clients to meeting rooms. I said, 'I just won't be able to do that in heels.'" And she said that when she asked if a male worker would be expected to perform the same job in heels, she was laughed at. But after she posted about her experience on Facebook, she wound up organizing a petition to change UK law — which currently allows different dress codes for men and women — so that women cannot be forced to wear high heels at work. And she now argues, "I think dress codes should reflect society and nowadays women can be smart and formal and wear flat shoes. Aside from the debilitating factor, it's the sexism issue. I think companies shouldn't be forcing that on their female employees."

Unsurprisingly, there are some — including professional troll Katie Hopkins, who disagree with push to make heels optional. Writing in the Mail, she declared, "The feminazis love fighting and are always looking for the next scrap on their vagenda." But ever since the story broke, other women have chimed in with their own experiences. On the BBC's Facebook page, female commenters have weighed in with their own workplace experiences of being expected to toddle around in heels -- even when they were several months pregnant, when they were suffering arthritis or plantar fasciitis.

As it turns out, the planets have kept aligning for us to keep the shoe-centric dialogue going. Writing in the New Yorker, the eternally great Mary Karr presents her case against high heels, tracing her life trajectory from a brief stint as a foot model to the "beleaguered and bunioned" woman she is today. She cites the once sky-high Victoria Beckham, who this past winter admitted, "I just can’t do heels any more." And ultimately, she calls for a revolution, rallying with the cry, "Oh, womenfolk, as we once burned our bras could we not torch the footwear crucifying us?"

Apparently taking her up on it, Julia Roberts soon after appeared on the red carpet at Cannes looking dazzling as ever in Giorgio Armani Prive — and blatantly barefoot. Roberts, who has also been known to rock unshaved armpits, seemed to be making a statement about the venerable's film fest's rumored policy of banning women whose soles hit the ground. Last year, a group of female attendees — "some older with medical conditions" -- were reportedly turned away from a screening of Todd Haynes' "Carol" for wearing dressy flats. Director Asif Kapadia said his wife had also been turned away from an event, though she was later permitted inside. And producer Valeria Richter — who lost part of her foot to amputation a few years ago — said she was "stopped four times by festival officials over her footwear."

The festival later confirmed to Screen Daily that "It is obligatory for all women to wear high-heels to red-carpet screenings," though festival director Thierry Fremaux insisted, "The rumor that the festival requires high heels for the women on the steps is baseless."  Well, here we are a year later, testing that out via America's Sweetheart's tootsies.

If strutting in a pair of heels is your thing, godspeed. Killer shoes can be sexy and confidence-boosting as hell — there's something about standing a few inches taller that's always immediately made me want to shout I SHOULD BE PAID MORE MONEY. But we are not all meant to be Carrie Bradshaw and we should definitely not be required to be. And if you need further evidence that it's fine to be a little more down to earth, just look to Meghan Trainor, who Thursday evening performed flawlessly in her heels on the "Tonight" show — and then spectacularly wiped right out.