Cuban: "Everybody's got that friend that you just shake your head at" 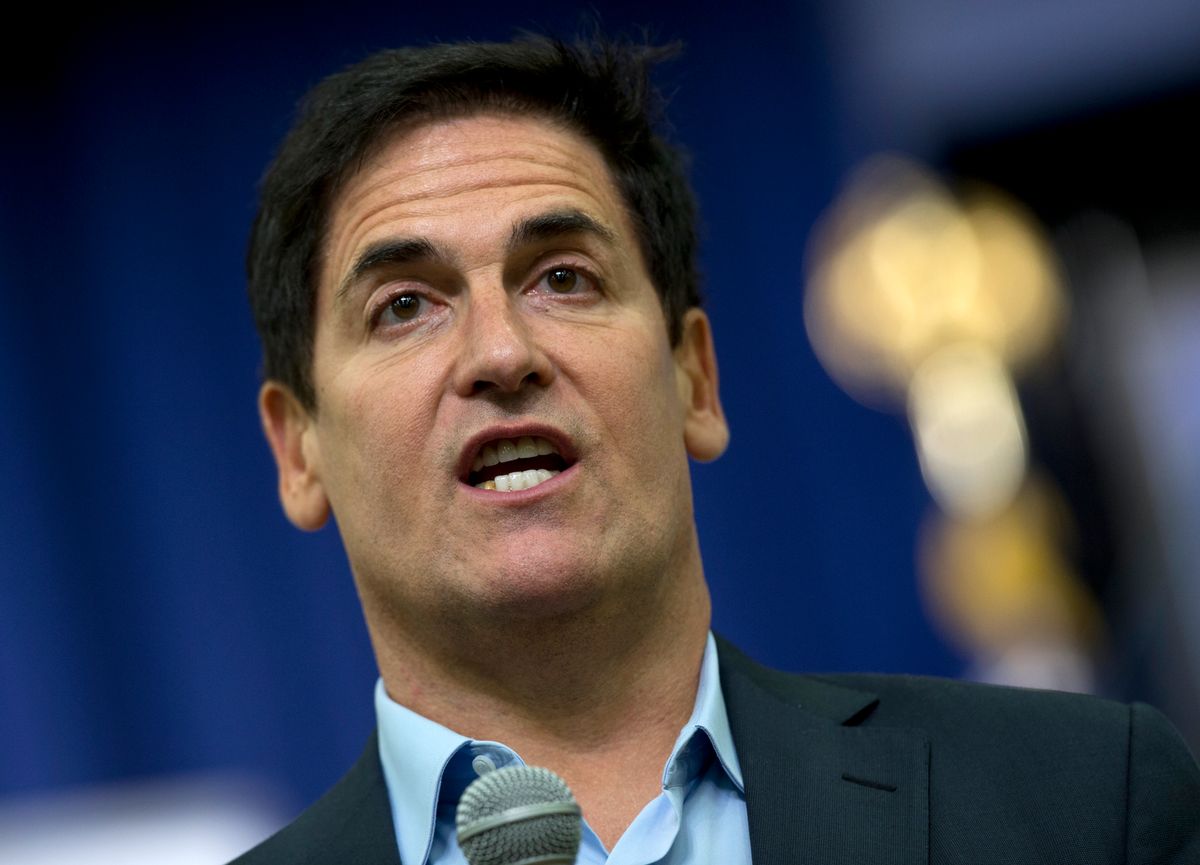 FILE - In this May 11, 2015, file photo, Dallas Mavericks basketball team owner Mark Cuban answers questions from the audience before President Barack Obama spoke in the South Court Auditorium of the Eisenhower Executive Office Building on the White House complex in Washington. The NBA has fined Mark Cuban for commenting about the team's agreements with DeAndre Jordan and Wes Matthews during the league's free agent moratorium. NBA spokesman Tim Frank confirmed the penalty, which ESPN.com reported Tuesday, July 7, 2015, was for $25,000. (AP Photo/Carolyn Kaster), File (AP)
--

"There's that guy who'll walk into a bar and say anything to get laid," Cuban explained at a conference in Las Vegas on Thursday. "That's Donald Trump right now to a T. But it's all of us who are going to get fucked."

"Everybody's got that friend that you just shake your head at," Cuban continued. "He's that guy who'd get drunk and fall over all the time, or just says dumb shit all the time, but he's your friend."

Cuban said he has a "love-hate relationship" with Trump, and his past comments reflect his mixed feelings on the Republican presidential nominee. In July 2015, Cuban hailed Trump as "the best thing to happen to politics in a long, long time," but earlier this year Cuban excoriated his fellow billionaire for saying "nothing of true substance." In February, Cuban said he hadn't ruled out voting for anyone, except Trump's then-rival Ted Cruz.

Back in February, Cuban wouldn't rule out serving as Trump's vice president, but he said on Thursday that Trump's opposition could use his help as well. "I would get a vice-presidential candidate who's someone like me who would just throw bombs at Donald," he advised Hillary Clinton. "And I would be like, 'Donald, I like you. We're friends, but you're a goddamn airhead.'"