If we went with "Cliff from 'Cheers,'" you would've recognized him, no? 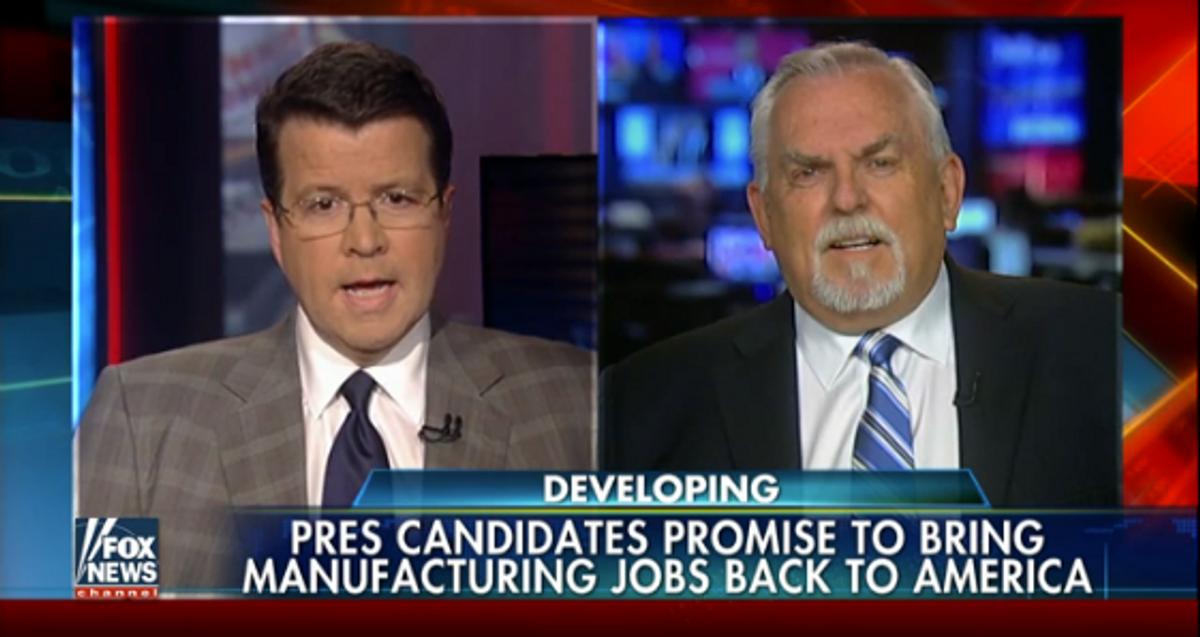 "John Ratzenberger’s quickly become one of the biggest stars ever," Cavuto said. "He’s been in like every Pixar movie -- his voice is recognized the world over. But when it comes to his political choices, who he wants to be for president, that distinct voice has been silent. He has not indicated who he will support for president."

Ratzenberg has, in fact, repeatedly mentioned that he's a Republican and would be supporting the Republican candidate, a fact he reiterated for the star-struck Cavuto.

"The only candidate out there is Donald Trump," Ratzenberger said, "because he’s a builder."

"Trump understands," he continued, "better than anybody that if we lose the people, whose average age is 58 years old by the way, of people that actually know how to build things. Once they’re gone -- they’re gone, and we don’t have anybody coming up behind them."

"So Donald Trump’s the only candidate for me."

Watch the entire interview below via Fox Business News.