"This country has become a joke," one victim said, "and Donald Trump is the punchline" 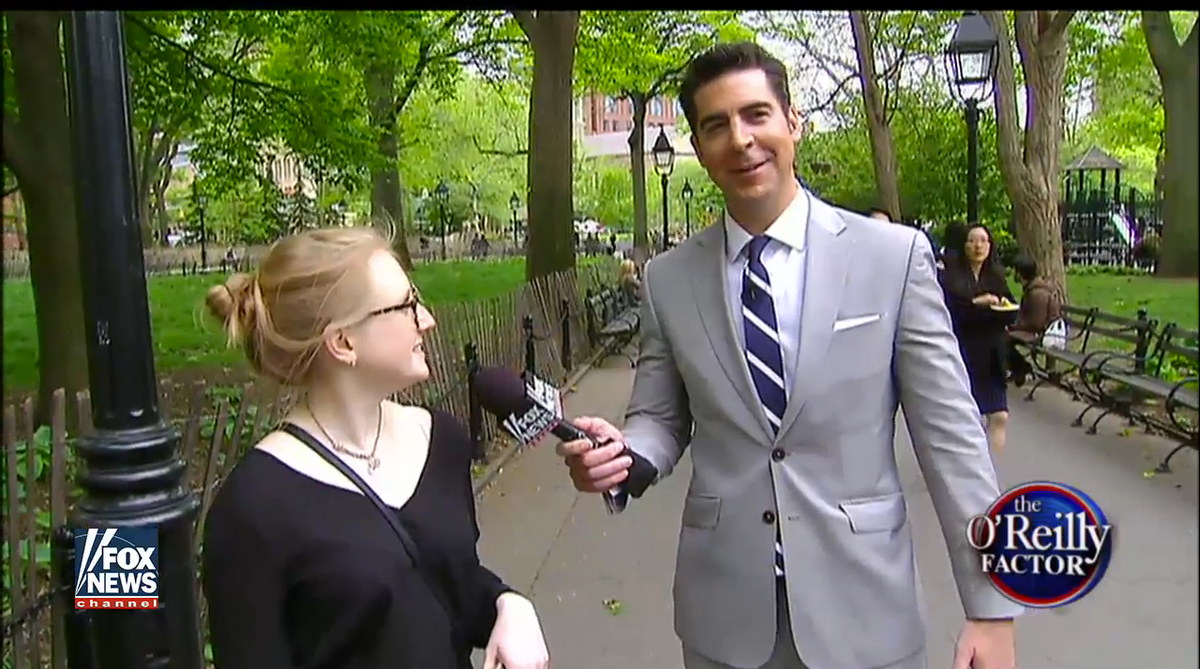 On The O'Reilly Factor Thursday night, roving "reporter" Jesse Watters approached a number of people who looked young and asked them about how they felt about the presumptive Republican presidential nominee Donald Trump, and not surprisingly, they all provided him with answers he saw fit to mock.

However, as is always the case, most of the millennials he interviewed actually bested him argumentatively.

"This country has become a joke," one millennial who was being wrongly mocked for his ignorance said, "then Donald Trump is the punchline."

Jesse asked another group of millennials why, "if Hillary is so tough, she can't face questions from the press," apparently having forgotten that she faced hours and hours of questioning before the press and the world about Benghazi and answered them all.

Watters also confronted a young woman and asked her why, if Hillary Clinton "knows what she's doing, she couldn't protect the embassy in Benghazi?" The woman replied that she has no comment on that, which for Watters and O'Reilly counts as a win.