Calling its beer "America" is the least of it. Anheuser-Busch is synonymous with tax evasion and union busting 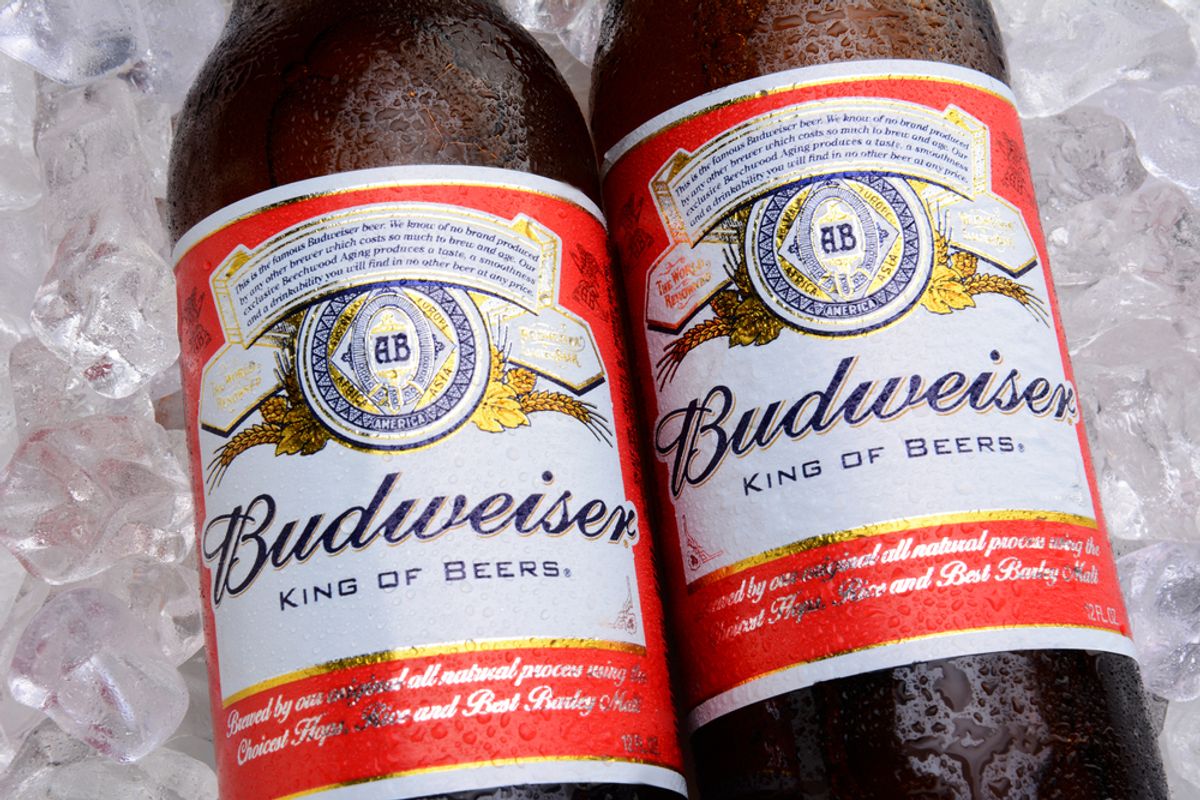 Is Budweiser's rebranding its beer to the name "America" a poor attempt to make beer great again? Because beer is pretty great already. What's not is the controversy Anheuser-Busch and its parent company Inbev (the company behind Budweiser) has caused with these missteps, even more so than the confusing rebrand announced Tuesday.

Budweiser made headlines this time last year due to a slogan on a Bud Light beer bottle.The slogan, part of the company's "Up For Whatever" campaign, read: "The perfect beer for removing 'no' from your vocabulary for the night." After being called out for potentially promoting rape culture, Anheuser-Busch quickly apologized. "It's clear that this message missed the mark, and we regret it," Alexander Lambrecht, vice president of Bud Light, said on the company's website.

Numerous anti-worker and union-busting initiatives have been championed by ALEC's Commerce, Insurance and Economic Development Task Force, of which Anheuser-Busch is a member. Not only that, the beverage company went so far as to sponsor the 2015 ALEC annual conference's open-bar cocktail hour.

The European Commission announced in January 2016 that a corporate tax break to multinational companies that included Anheuser-Busch's parent companty InBev, “amounting to total reductions equivalent to about $765 million, was illegal," the New York Times reported:

One of the [35+] companies known to have used the technique is a Belgian subsidiary of the international brewing giant Anheuser-Busch InBev. Although Belgium’s official corporate tax rate is 34 percent, the subsidiary paid a rate of only about 4 percent on annual profit of about 60 million euros, or $65.5 million, in 2013.

Anheuser-Busch also uses a range of other tax benefits in Belgium, where the parent company has its headquarters, and paid a tiny fraction of 1 percent on its reported profit there of $1.93 billion in 2014.

OSHA has cited Anheuser-Busch for safety violations in multiple cities, including Columbus, Houston and Jersey City, where the company was fined over $150,000.