James Madison was an artist, and the Constitution should be read like poetry

America's foundational text bears closer relation to a piece of music than a legal document. An expert explains 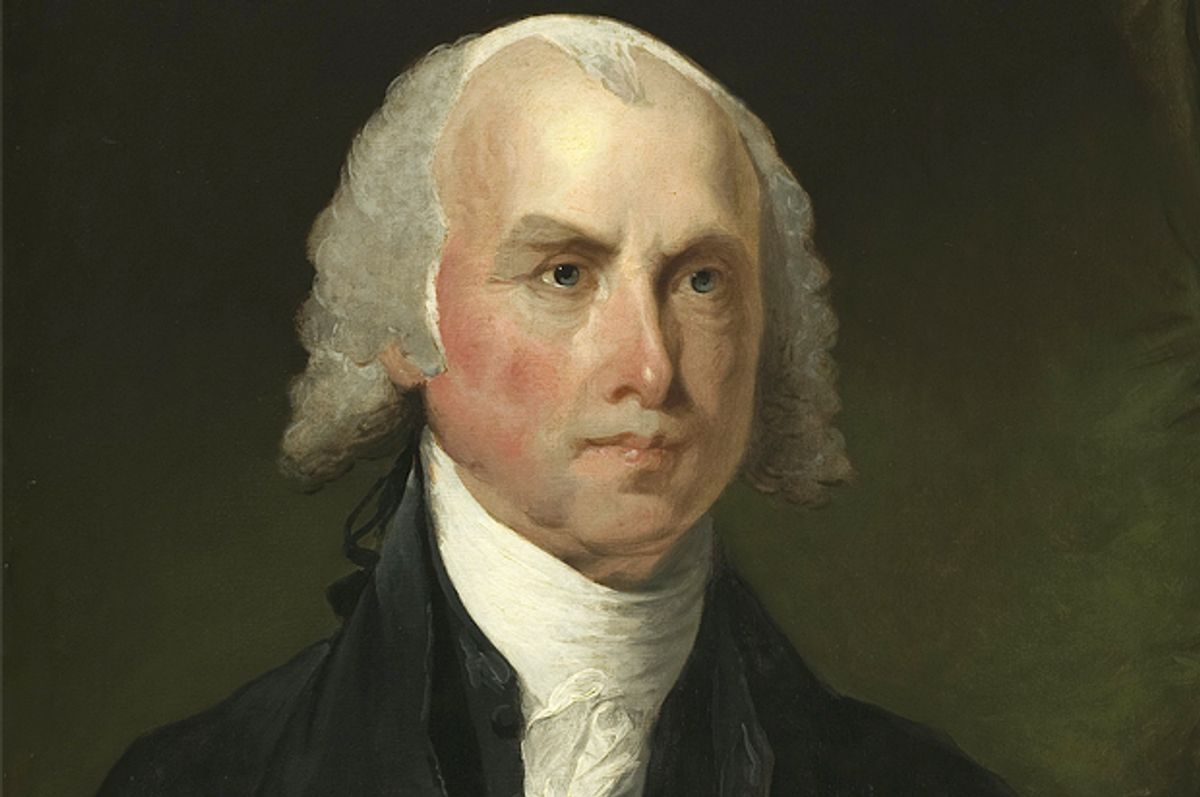 May 1 is Law Day, a day set aside to honor the role law, justice, and equality play in improving American society. To mark the occasion, the National Book Review interviewed Burt Neuborne, the Norman Dorsen Professor of Civil Liberties at NYU Law School, about his book Madison’s Music, a brilliant and deeply original interpretation of the Constitution — which argues that the First Amendment should be interpreted less like a disembodied set of rules, and more like a poem or piece of music.

1. Madison’s Music takes an unusual approach to constitutional interpretation: you say that the First Amendment should be read as a kind of “poem,” and that we should look for the “music” of its chief drafter, James Madison.  What do you mean by this?

I use the ideas of poetry and music as metaphors to challenge a strictly literal approach to reading the First Amendment that focuses on a single word or phrase, but loses sight of the larger story that the full 45 words of the text narrates. I argue that true fidelity to text requires, not a slavish dedication to clause-bound literalism, but an understanding of how each word in a complex text plays a role in a larger context. The art of reading a constitution, I argue, is much closer to reading poetry than reading a shopping list.

2.  In your book, you have a fascinating theory for why the First Amendment starts by prohibiting the establishment of a religion, and ends with protecting the freedom to petition government – could you explain why you think Madison put the rights in the amendment in this order?

Madison and the other Founders did not throw a pot of ink at the wall and allow the splatter to dictate the order and structure of the First Amendment. There is a deep structure hiding in plain sight in the text that explains why each word, and each idea, is in its proper place describing the arc of a democratic idea, from its inception in the protected conscience of a free citizen, to its free articulation, mass dissemination, collective advancement, and formal enactment. Decoding that deep structure will help us to read our most important legal text more coherently.

3.  You say that Madison wrote the First Amendment as a “meticulously organized road map of a well-functioning democracy” – and that the current Supreme Court has failed to correctly interpret it. What do you mean by this?

The Supreme Court reads the First Amendment – indeed, the entire Bill of Rights – as a series of unconnected words and clauses. I swear they would read the syllables as separate concepts if they could. Each of the six clauses of the First Amendment is treated as a freestanding legal silo that exists in majestic indifference to the words and concepts surrounding it. Thus, in deciding efforts to regulate campaign finance, the Court pulls 10 words out of the First Amendment (“Congress shall make no law…abridging the freedom of speech”), ignores three – “the freedom of” – and reads the remaining seven words without considering how they fit into the full 45 words. The result is an Imperial Free Speech clause that makes it impossible to protect egalitarian democracy from the rich. If the Justices listened to Madison’s Music, they would understand that the First Amendment is democracy’s best friend, not its hostile schoolmaster.

4.  One of the conclusions you draw from all of this is that there is a First Amendment right to vote.  Could you explain why that is – and why it matters?

If we understood the First Amendment as a narrative of democracy, we would understand that voting is protected as the quintessential exercise of political expression and association. We would also realize that a right to vote is implied by the Petition clause as the only appropriate response to an incumbent’s failure to respond to a petition. Recognizing a First Amendment right to vote is important because the current practice of using the Equal Protection clause to protect voting is too risky because the standard of review is too weak. Voter ID laws have survived Equal Protection scrutiny, but could never withstand First Amendment scrutiny.

5.  On the matter of speech, one of the things you fault the Supreme Court for is paying too much attention to speakers, and not enough to hearers of speech.  Why is this a problem?

Speech is a process that includes both a speaker and a hearer. Speaking to a void without hearers would be a meaningless act. The Supreme Court has correctly vested the speaker with human dignity, and has invoked that dignity to justify broad protection of speech. But hearers have dignity, too. Current First Amendment doctrine all too often ignores the dignity of hearers, treating hearers as pinatas to be battered by speakers with no recourse but to run away. I believe the Court should acknowledge that hearers have dignitary rights to be protected from certain forms of speech, and get on with the hard work of forging a doctrine that recognizes the dignity of both speakers and hearers.

6.  You suggest that a more democratically focused interpretation of the First Amendment would have led to different outcomes in some important cases, including Citizens United v. F.E.C.  How should a Supreme Court that properly read Madison’s Music have decided Citizens United?

A Court that hears Madison’s Music would, first, recognize that corporations lack human dignity and, therefore, do not have full First Amendment rights. While hearers may have rights that are enforceable by corporations, no hearer wants to be battered into submission by an avalanche of corporate campaign spending that drowns out competing voices. In addition, Madison’s Music would tell the Court that the First Amendment is all about protecting a democracy of equals. Allowing unlimited campaign spending by corporations makes a mockery of the idea of equal participation in democracy.

7.  The Supreme Court is at a crossroads now, with the loss of Antonin Scalia.  What does the next appointment mean for the future of the First Amendment – and, perhaps, for putting a greater focus on Madison’s Music?

The stakes couldn’t be higher. The shift from a Justice like Scalia, who claimed to read the Constitution’s text literally and historically (but who always seemed to find a meaning that agreed with his social, political, and religious views), to a newly appointed Justice willing to grapple with the entirety of the text may shape the meaning of the Constitution for the rest of the 21st century. Will the Constitution continue to be a fortress for the rich and powerful, or will we, once again, read our Constitution as a great engine of egalitarian democracy?