Kesha "will not just f**king be quiet and hide," sexist body-shaming trolls be damned

Women's bodies are always open for comment online, even on a post about fighting depression and an eating disorder 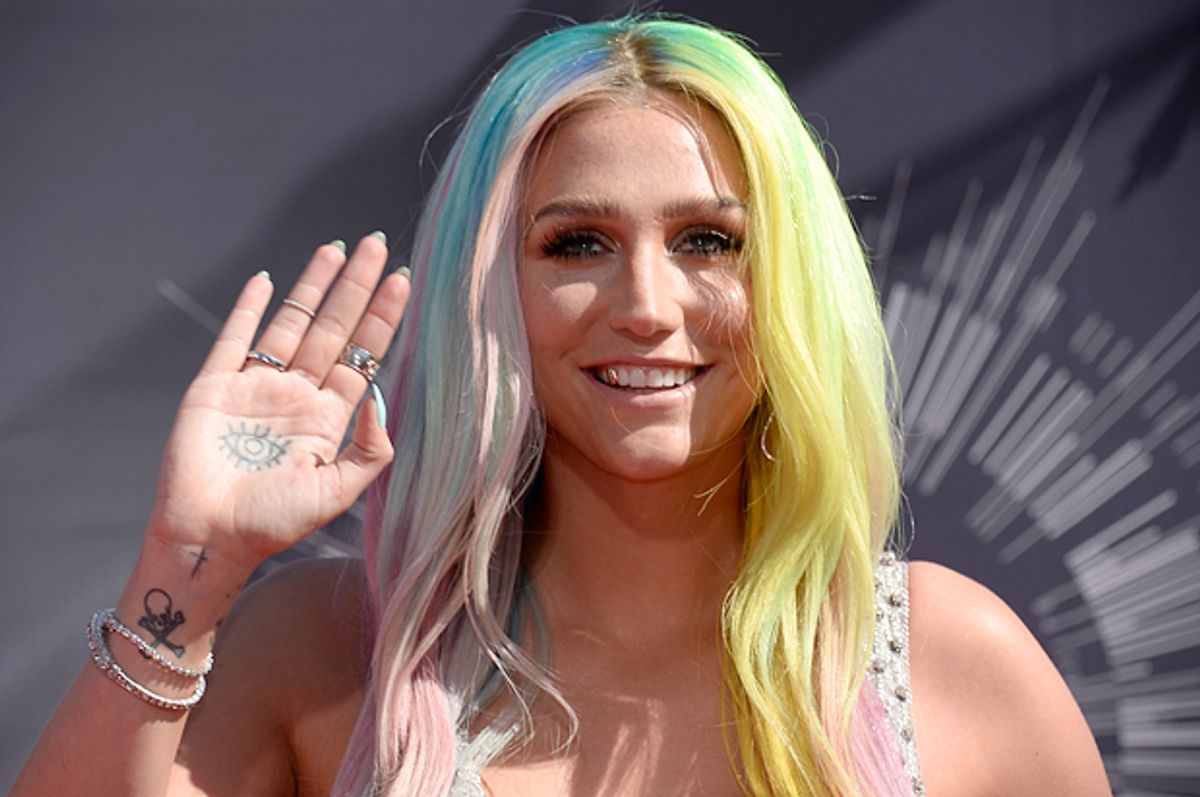 Here's a handy lifehack — don't be a jackass. If you feel like making negative comments about someone's appearance, what if instead you just didn't? Or do what you want, but just remember, in the words of Kesha, being a dickhead makes you look like a dickhead.

The 29 year-old singer and songwriter got off to a rough start this year. This winter, a court decided to "do the commercially reasonable thing" and not "decimate a contract that was heavily negotiated," rejecting her plea to be released from her relationship with Sony and producer Dr. Luke. Luke, by the way, is the man she says "sexually, physically, verbally, and emotionally abused" her over the course of a decade, beginning when she was still a teenager. At the time of the ruling, Kesha "reportedly broke down in tears." She later issued a statement on Instagram holding firm on her choice to speak out, saying she "would rather let the truth ruin my career than lie for a monster."

But in recent weeks, she has seemed to shed — like a dollar sign in the middle of a name — some of the pain of the past. Last month, she took up Zedd's supportive public offer to work with her and released a cover of his "True Colors," declaring the track "more than a song; it’s a declaration of my truth." She has branched into live performances, doing "True Colors" at Coachella and singing Lady Gaga's survivorship anthem "Till It Happens to You" at a Humane Society gala event — dedicating it to "every man, woman, child and animal that has ever been abused."

Then last week, she hinted further that she's moving out, sending out an Instagram image that read, "You can't start the next chapter of your life if you keep re-reading the last one." And over the weekend, she decided to direct her energy away from her industry disputes and take on the trolls. She shared three beachy, tousled selfies, followed by a silhouetted, raised finger photograph of herself and a pointed message. "I have been battling depression and an eating disorder for a while now," she wrote. "My career is in a strange place and it feels like I'm fighting an uphill fight some days. but I have decided to take my life back. my freedom. my happiness. my voice. my worth. I will not just fucking be quiet and hide. today I will say f__k it and live. So FUUUUUUUUCK it. today I'm making that choice. AND IM HAPPY AS A DAMN CLAM. and also a big ol f__k u if u wanna hate on my body. just remember that makes u look like a dickhead."

What followed was a slew of loving applause from fans. And naturally, also among the most recent of the more than two thousand comments on the post is one from a guy telling her she looks like a horse.

Of course, horrible people aren't limited to body shaming in the ways in which they're going to be horrible. I recently read some of the replies posted directly to a public figure who'd endured a sudden personal tragedy, and they were enough to make me want to burn down the entire Internet. But if you've ever made the mistake of reading the replies to a celebrity's — especially a female one's — social media posts, you are aware of the particularly intense and grotesque commentary these women endure. Women like Amy Schumer and Lena Dunham, who are so routinely disparaged for not having the bodies of Sports Illustrated swimsuit issue models that you'd think being being abused by egg avatars was their profession.

Kesha has earned the zero effs she has left to give, and from the looks of her recent pics involving sun, ocean, and swimming with a whale shark who helped "connect her to her true self and nature and spirituality and magic and beauty and love and gratitude," she's doing just fine. She's making music and reminding the trolls exactly what they are, and what they are not. They will never find magic and beauty in making fun of strangers. And if you want to hurt Kesha for not hating herself or her body, too bad. She's still standing. Except when she's swimming.