New Snowden bombshells: Docs released by The Intercept show how NSA worked in Iraq and Guantánamo 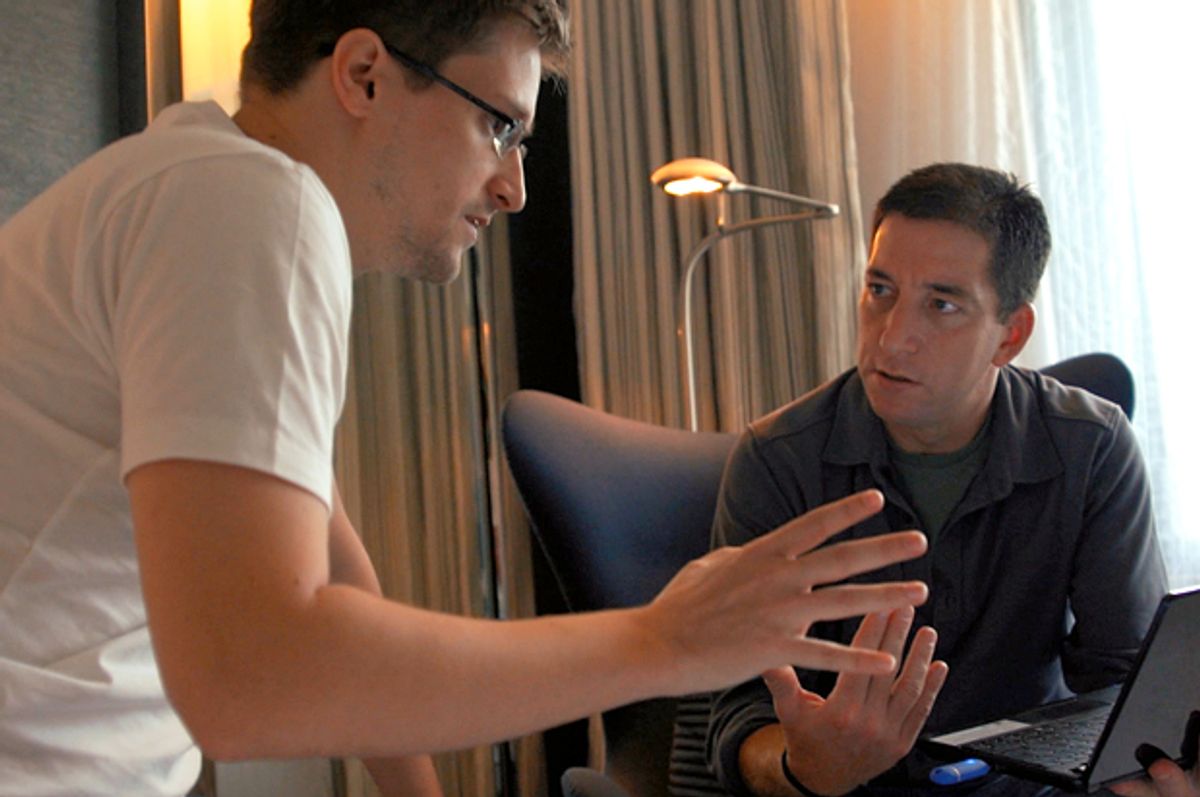 Investigative news outlet the Intercept has released a trove of U.S. government documents that provide insight into how the National Security Agency played a direct role in the war in Iraq, Guantánamo prison and more.

This is the first batch of published documents leaked by whistleblower Edward Snowden. The Intercept says it plans on disclosing a large number of the documents in the Snowden archive.

Included in the release will be nine years' worth of SIDtoday, the internal newsletter for the NSA's most important division, the Signals Intelligence Directorate, or SID. On Monday, the Intercept released 166 articles published after SIDtoday was created in 2003, and will periodically make the rest public.

Much of the material released was highly classified, as SIDtoday worked with “top secret” information.

The Intercept calls SIDtoday’s materials "a trove of revelations and day-to-day spy-agency mundanities that made the agency human and comprehensible in a way that technical documents could not."

Numerous articles published by the Intercept summarize the revelations in the newly published documents, including collaboration with Gitmo interrogators and soldiers in Iraq, along with foreign spying and more.

SIDtoday articles show how NSA personnel worked alongside the U.S. military, CIA and other agencies on Guantánamo interrogations in the early days of the so-called war on terror.

The NSA’s liaison would “coordinate” with interrogators “to collect information of value to the NSA Enterprise and Extended Enterprise” and be “responsible for interfacing with the DoD, CIA, and FBI interrogators on a daily basis in order to assess and exploit information sourced from detainees.”

NSA staff were physically present "during a time period when prisoners were subjected to brutal questioning and mistreatment," the Intercept reported.

The U.S. spying agency even helped with the capture and rendition of a group of Algerian men in Bosnia.

SIDtoday advertised the “chance to get to GITMO for 90 days!” An NSA liaison insisted “fun awaits,” tempting potential recruits with water sports, movies, pottery, paintball and a tiki bar.

“Relaxing is easy,” he concluded.

Other articles brag about the NSA’s role in the run-up to the illegal invasion of Iraq, echoing the Bush administration’s claims that Saddam Hussein had hidden weapons of mass destruction.

The NSA Signals Intelligence Directorate even deployed workers to Iraq. Maj. Gen. Richard J. Quirk III, a deputy director of SID, put out an “urgent” call for analysts to volunteer for 90 to 120 days in the field. He stressed that “SIGINT is wired into our military operations as never before.”

Even after Bush's "Mission Accomplished" victory speech, the NSA continued helping the military, providing “time-sensitive SIGINT” support, including a “summary of contacts.”

Later SIDtoday articles reported on continued Iraqi resistance against the U.S. military occupation. Some even warned, “The scope of hostilities is greater than many may realize,” and, “Iraq is still a troubled environment and much work needs to be done.”

The NSA also spent “many months” spying on a Russian organized crime figure, a SIDtoday article reveals. This came after a campaign was launched by the State Department which was trying to find potential links between "Mr. Kumarin," the leader of the Tambov crime syndicate, and Russian President Vladimir Putin.

Another article details how SID "ignited a confrontation between North Korea and the U.S." Through spying, the NSA discovered that North Korea was developing a uranium enrichment capability in violation of an agreement with the U.S. SIDtoday bragged that it was a "success story," writing, "Hats off to everyone involved!"

The trove furthermore shows how, for more than 30 years, the NSA was spying on communications from foreign satellites, gleaning an intelligence goldmine with information on weapons of mass destruction, terrorist traffic, international crime, international finance and trade and airline reservations.

Yet another article discloses that, 10 years before Snowden leaked the NSA documents, a “chief” within SID’s Communications and Support Operations organization stressed how the agency meticulously tracked leaks. It maintained a database, called FIRSTFRUIT, that included “over 5,000 insecurity-related records” ranging from “espionage damage assessments” to “liaison exchanges.”

A more comical revelation included in the published cache is a post titled “Odd Jobs Before NSA.” It lists strange occupations employees had before joining what the Intercept referred to as "the world’s largest electronic spying organization."

It noted that NSA documents "refer to 'dynamic methods' to meet 'customer needs' and how 'product line leaders' can service those customers — from the Department of Homeland Security to the Federal Reserve to the Secret Service to the Department of Agriculture — sometimes through 'customer support plans.'"

Pulitzer Prize-winning journalist Glenn Greenwald, who worked with Snowden to expose NSA mass surveillance before co-founding the Intercept, announced two new initiatives in an article published Monday explaining why the Intercept is broadening access to the Snowden archive. The first is the periodic SIDtoday releases.

The other initiative is the Intercept's new collaborative campaign. The publication plans to work with journalists from other news organizations from around the world to sift through the enormous archive. The Intercept mentioned potential plans to work with leading French newspaper Le Monde in particular.

The Intercept said in a statement that it "encourages journalists, researchers, and interested parties to comb through the documents."

"The public release of this material allows others to find stories and clues for future reporting that we have not," it added.

“We remain dedicated to exploring the archive for our own reporting,” explained Editor-in-Chief Betsy Reed in a statement. “But we encourage other journalists, researchers, and interested parties to comb through these documents."

"A primary objective of these batch releases is to make that kind of exploration possible for others to find material in the archive of interest to them," Reed said. "We believe these documents belong in the public domain.”