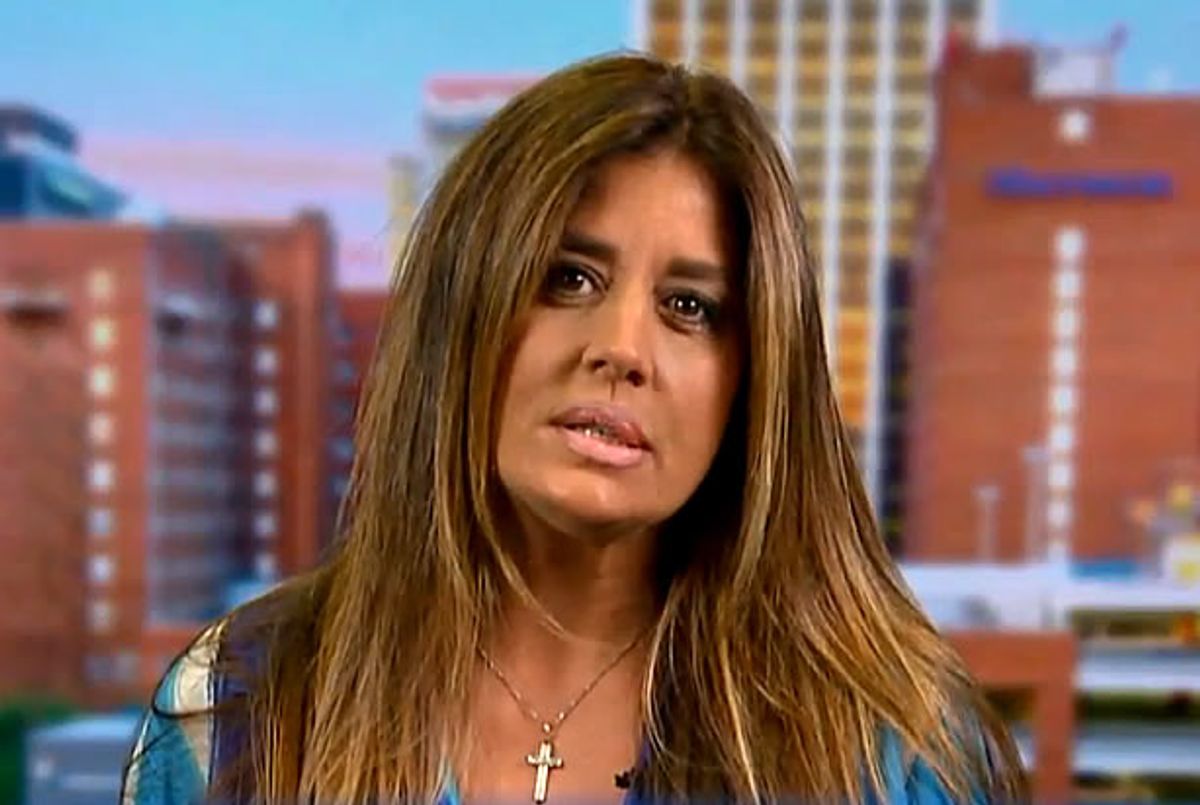 On Fox & Friends Monday morning, co-host Ainsley Earhardt asked one of Donald Trump's former girlfriends about how accurate the portrayal of comments she made to The New York Times were, and Rowanne Brewer insisted that her words had been "spun" out of context.

Here is what she told The Times' Michael Barbaro and Megan Twohey, as block-quoted in their Sunday feature:

Donald was having a pool party at Mar-a-Lago. There were about 50 models and 30 men. There were girls in the pools, splashing around. For some reason Donald seemed a little smitten with me. He just started talking to me and nobody else.

He suddenly took me by the hand, and he started to show me around the mansion. He asked me if I had a swimsuit with me. I said no. I hadn’t intended to swim. He took me into a room and opened drawers and asked me to put on a swimsuit.

On Fox & Friends, she recounted the same story, but claimed that The Times' reporters insisted that they weren't writing a "hit piece" -- the very language Donald Trump himself used to describe it -- and that it was all very innocent.

Brewer explained that she had been at a photo shoot all day and simply didn't have a bikini on her when Trump requested to see her in one, but was more than happy to model one of the bikinis Trump had stashed in a room at his mansion.

To her mind, after she changed and Trump paraded her around the party, saying "that is a stunning Trump girl," she "didn't think it was a demeaning thing or comment at all, and that's what I told The Times. They spun it completely differently." Barbaro and Twohey actually only quoted her, and let her words speak for themselves, but that's beside her trumped up point.

Brewer also indicated that she would be voting for Trump in the presidential election.