A penis transplant isn't a punchline: Mocking this procedure could keep many suffering in silence

Thomas Manning deserves his transplant to be treated with dignity, so others can seek help without shame 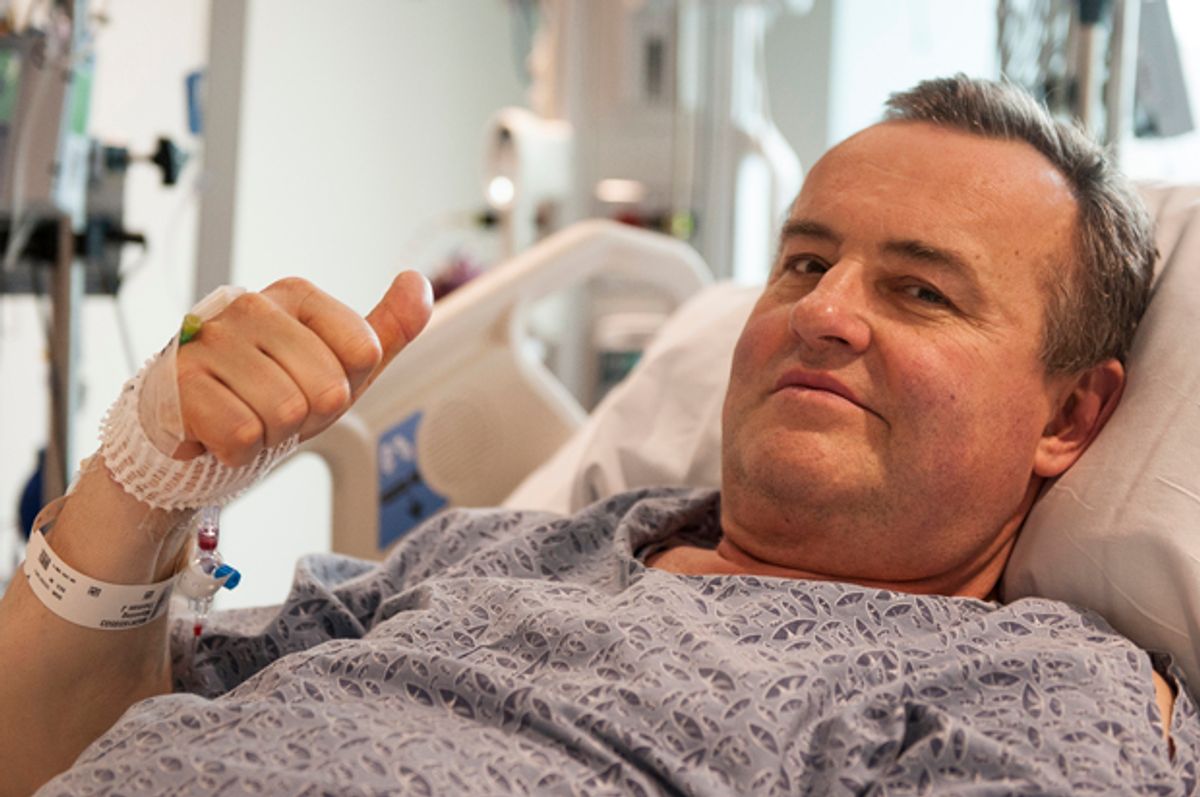 If ever there were a "don't read the comments" kind of news story to show up in your feed, it's this. Because two words: penis transplant.

Thomas Manning is a 64 year-old Halifax man who had his penis amputated in 2012, after what he describes as a "debilitating work accident followed by a devastating cancer diagnosis." But now, after a 15-hour procedure at Massachusetts General Hospital earlier this month in which "over 50 surgeons, doctors and nurses… connected the intricate vascular and nerve structures of a donor penis," he is now looking forward to resuming a normal life, with normal urinary and sexual function.

In a statement in which he expressed his thanks to his medical team and the family of the donor, Manning said, "Today I begin a new chapter filled with personal hope and hope for others who have suffered genital injuries, particularly for our service members who put their lives on the line and suffer serious damage as a result." And the hospital says that the surgery — the first of its kind in the U.S. — "holds promise for patients with devastating genitourinary injuries and disease." A combat veteran currently working with doctors at Johns Hopkins is also on the waiting list for a similar transplant.

This kind of procedure — assuming Manning's progress continues successfully — offers the life-changing possibilities for more fulfilling, healthy lives for more men who've experienced horrific loss. At a recent press conference, Manning's doctors called him "a very positive person" and said that he "wants to be whole again and not be as in the shadows about an injury such as this."

That last part needed to be added, no doubt, because this is also the kind of thing that makes for easy, jokey headlines and commentary. Last year, when news broke that the same kind of surgery had been performed in South Africa, both Conan O'Brien and Seth Meyers swiftly worked jokes about it into their monologues. The Washington Post's Rachel Feltman, anticipating the reader response this week, reported on Manning's story by warning in the very first sentence, "Don't giggle: Penis transplants are no joke."

You can imagine how the comments section has been going.

One of the milder reactions is from the disappointed reader who says, "I'm sorry but I have so many great lines which would all be censored by the Puritans running these boards…"

Perhaps, in our wang-obsessed culture, the impulse to snicker is just too great. But it's pretty incredible that while it's nearly impossible to avoid ads or articles involving penis enhancement or porn-aspirational manscaping, and that simultaneously labiaplasty has, in the past few years, become so commonplace that "designer vagina" procedures are now booming among teenagers, an actual helpful surgical intervention -- for a cancer survivor with a serious injury -- is treated by so many as an obvious punchline.

In going public with his story, Manning has displayed a rare combination of courage and vulnerability, and of strength to others. As Dr. Dicken Ko of Mass General said this week of other patients like Manning, "Because of the location of their loss, this has become a very private affair for them. They do not self-identify in public. Their devastating losses are endured by themselves alone, and often, in silence." That is, until someone speaks out and shows there's no shame in being injured, and wanting be restored.

Speaking with reporters, Manning himself expressed his hope for destigmatizing genital injuries and accidents, telling men who've endured similar situations to not be afraid, and "Don’t hide behind a rock."