Humiliation, control and abuse: Women aren't people to Donald Trump — they're merely objects he uses to love himself more

There's no reason to believe Trump really likes women or sex, but he sure does like feeling high status 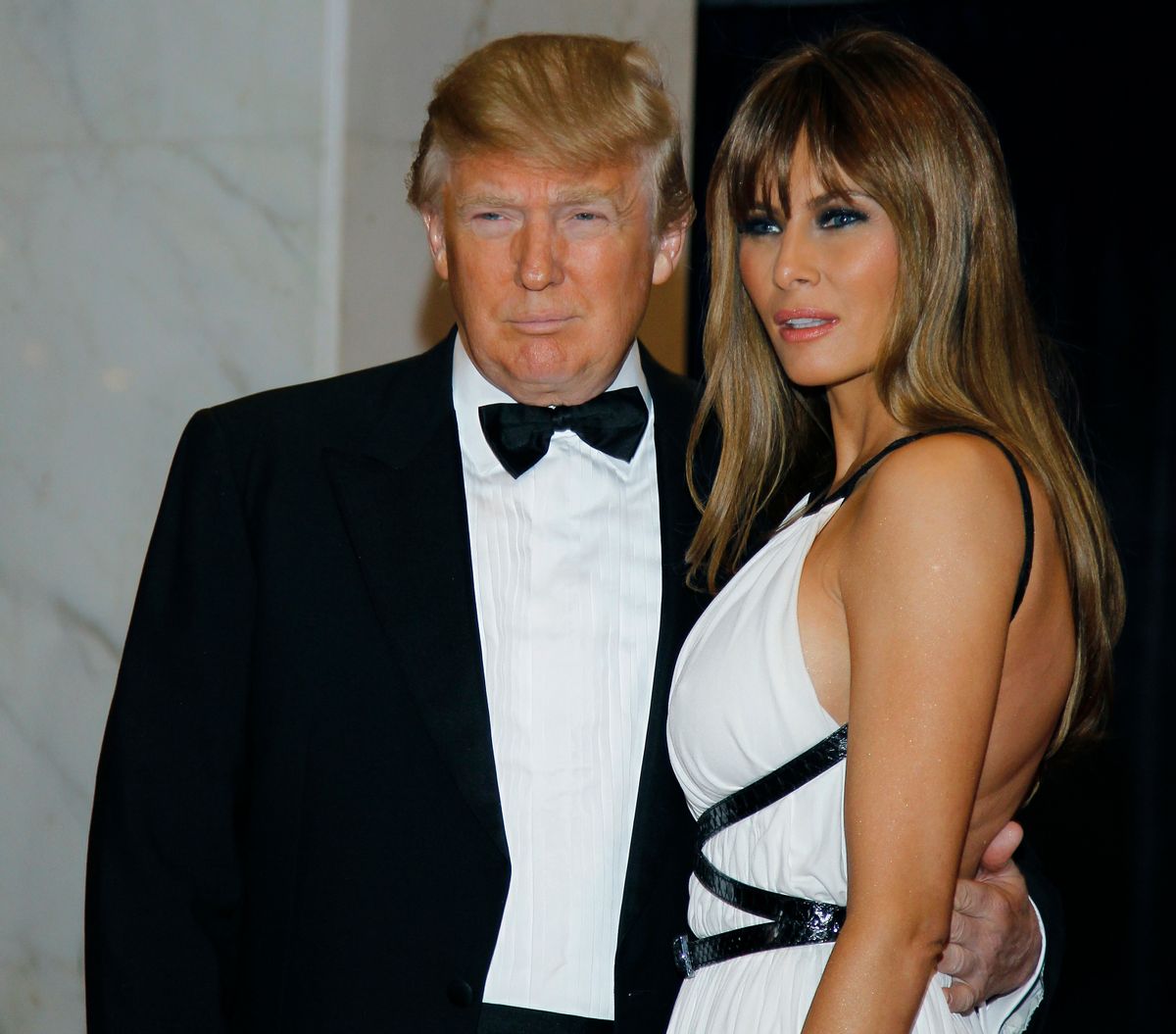 FILE - In this April 30, 2011, file photo Donald Trump, left, and Melania Trump arrive for the White House Correspondents Dinner in Washington. He wont be on Novembers ballot, but President Barack Obama is slowly embracing his role as the anti-Trump, taking on the Republican front-runner in ways that no other Democrat can. Obamas public scolding of Trump, who for years peddled inaccurate claims about Obamas birth certificate, dates back to 2011, when Obama roasted him at the dinner. Trump was visibly humiliated as Obama lobbed joke after joke at him on national television. (AP Photo/Alex Brandon, File) (AP)
--

I've long been skeptical of claims that Donald Trump's rise is a symptom of a previously untapped political savantism, rather than dumb luck. That said, he has been effective sometimes at deflecting criticism by throwing up noise and distractions designed to turn the media conversation away from what a wretched human being he is. It's an internet troll's trick, but Trump has employed it effectively in the mainstream media.

Trump's doing it now with The New York Times story that detailed his apparently compulsive need to treat every woman he encounters like he's judging her in a beauty contest, like he's a robot made to run an endless hot-or-not rating app.

As Dylan Byers and Brian Stelter of CNN Money detail, Trump's strategy to counter this was simple but effective: Argue that The New York Times is out to get him by flogging one of the 50 people interviewed who is willing to say that she doesn't think he's that bad.

The woman, Rowanne Brewer Lane, didn't dispute the details of the story she told the Times, which involved Trump pressuring her to wear a bikini, provided by him, mere minutes after meeting her. She just denied that she found it particularly upsetting. This hardly counts as some kind of debunking, since The New York Times never said that she was upset by it. The point was clearly that most women — and men — would recognize the behavior as intrusive, objectifying and creepy, even if Brewer Lane wasn't particularly unnerved by it.

Trump has been trumpeting Brewer Lane's defensive comments, declaring that it "exposed the article as a fraud!"

Anyone who has ever argued for five minutes online about street harassment is all too familiar with guys countering with claims that they heard a woman once who said she liked it. It's so common that feminist organizations have put multiple variations of this excuse on "sexual harassment bingo cards," designed to catalog all the derailing techniques trolls use to shame women into accepting abusive behaviors.

It's true that a small minority of women mistake abuse for compliments — women, like men, have varying levels of observational astuteness — but that doesn't mean the rest of us are so fooled. So it should go with this Trump situation. However Brewer Lane felt about Trump treating her doesn't change the fact that he treats women this way, because he has hateful and cruel and controlling attitudes towards women.

Conservative pundits have been busy downplaying Trump's behavior, pretending that he's just a guy who likes sexy women and sometimes gets a little too enthusiastic about it.

But if you actually read a rundown of the things Trump says to and about women — I recommend this compilation by Dylan Matthews at Vox — it becomes quite clear that Trump doesn't really like women, sexy or not. It's not even clear that he likes sex, since he never talks about sex in terms of fun or pleasure.

No, Trump's discourse about sex is strictly about status and dominance. It's not just he's constantly rating women in terms of looks. He's also obsessed with cataloging his own status by measuring up the hotness of the women around him. Most people have sex because it's a fun thing to do, but to hear Trump talk, sex is strictly about proving to the world one's own virility and social stature.

I don't think Trump wants to have sex with his own daughter. It's just another example of how sex is just a status thing for him. He wants Ivanka's beauty to reflect back on him, both so he can take credit for her looks and also to assert that he's so high status that all the women, including his daughter, would want to be with him.

(It's an assertion made all the more comical by the self-evident fact that it's his money, rather than personality or looks, that is responsible for what success he does have in this department.)

This instrumentalist view of women isn't just misogynist, but troubling on many levels. It's a symptom of Trump's reductionist view of the world, where the only purpose of life is to struggle for status and dominance. Things like beauty, love, compassion, justice, and even friendship seem to have no real meaning to him. Unsurprisingly, he doesn't have many friends, since having friends requires seeing people as people, instead of just as marks and potential conquests.

This sociopathic view of the world has helped Trump do well in reality TV and in the Republican primary, but someone who is so devoid of basic understanding of humanity and life has no purpose being the leader of any country, much less one of the most powerful countries in the world.