Obamacare gets an OK? A bastion of Republican ACA opposition might be crumbling

OOOOOOOklahoma where socialism comes creepin’ down the plain 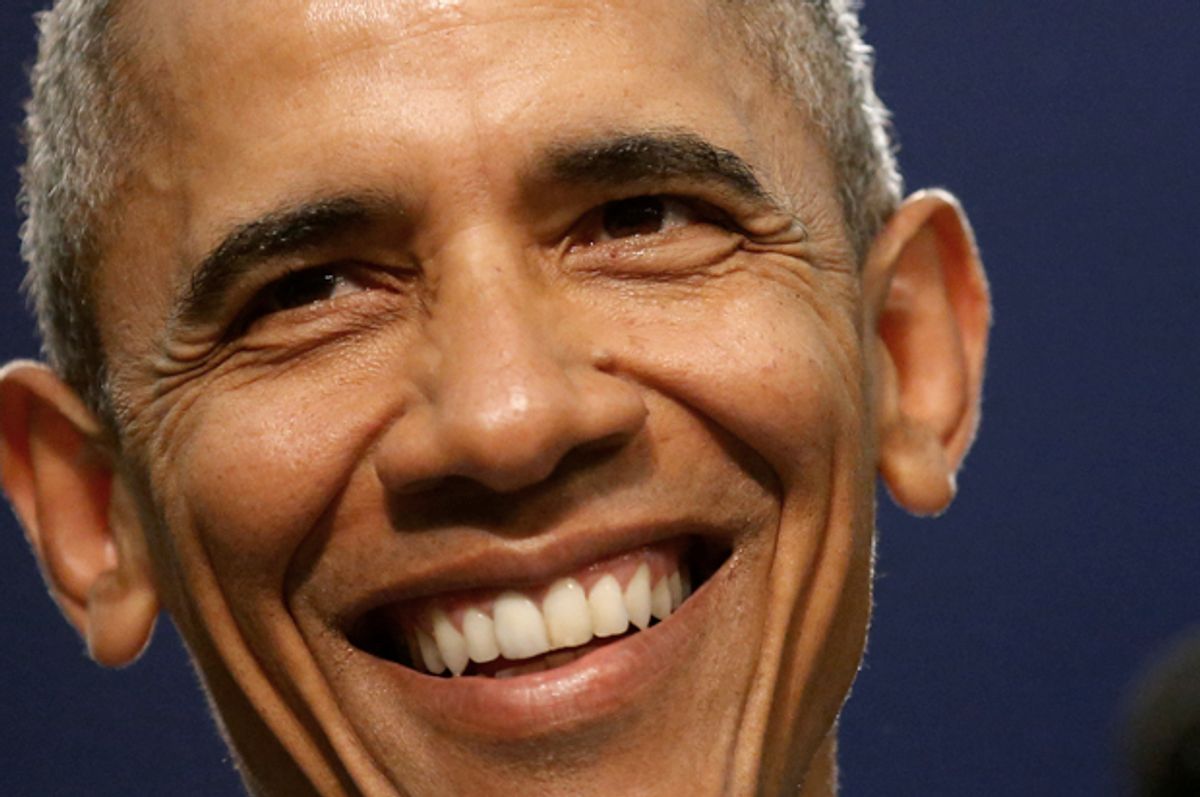 If one were to forced to choose which state has demonstrated the most political hostility towards the Affordable Care Act, you could definitely build a strong case for Oklahoma. The state is about a red as it gets – Obama lost Oklahoma to Mitt Romney by 34 points in 2012. Its attorney general sued the government over Obamacare’s individual mandate, and he won praise from conservative leaders for pursuing some exotic (and unsuccessful) legal actions against the law. The state legislature has voted several times to (unconstitutionally) nullify the Affordable Care Act. Oklahoma’s senior senator believes that Obamacare, if it had been given the chance, would have killed him.

At the same time, you could also build a strong case that few states are in more dire need of Obamacare’s help than Oklahoma. Owing to the intense political opposition, Oklahoma refused to set up its own healthcare exchange and refused to expand Medicaid under the Affordable Care Act. At the time the law passed, Oklahoma’s uninsured rate was 21.9 percent, the sixth highest in the nation. By 2014, the rate had dipped to 18.5 percent, but was still among the highest in the country. (Neighboring Arkansas, which cooperated with the ACA implementation, saw its uninsured rate cut in half.) Per the Kaiser Family Foundation, Oklahoma’s refusal to expand Medicaid left 23 percent of its uninsured population (roughly 144,000 people) trapped in the so-called coverage gap.

So there’s tension between a state population that could obviously benefit from healthcare reform and a political establishment that opposes said reform on ideological grounds. That tension, however, appears to be breaking as state Republicans are looking to sign up for expanded Medicaid.

As the AP reports, the immediate impetus behind the abrupt reversal of state-led opposition is “a huge $1.3 billion hole in the budget that threatens to do widespread damage to the state's health care system.” The state’s budgetary crisis is partly due to oil conditions, and partly due to zealous adherence to conservative tax policy. Oklahoma relies heavily on the oil and gas industries, but the plummeting price of oil on the global market meant that the state’s tax revenues from those industries also took a nosedive. Compounding the problem is the fact that the state has spent more than a decade passing tax cut after tax cut, depriving the state government of revenue and forcing steep cuts to social programs. As the Oklahoma Policy Institute notes, the state’s Medicaid agency has already absorbed huge cuts over the past few years.

Per the AP’s reporting, the situation has become so critical that the state healthcare system is in imminent danger of collapse and can’t absorb any more reductions in funding:

In the poverty-wracked southeastern corner of the state, where 96 percent of babies in the McCurtain Memorial Hospital are born to Medicaid patients, most health care would end, said hospital CEO Jahni Tapley.

So, faced with a crisis that is largely of their own making, Oklahoma Republicans are desperate enough to commit the ultimate political sin and sign up for Obamacare socialism. But they’re trying doing it in a way that makes it look like they’re not actually running to the federal government to give their residents healthcare and help them out of a jam. For this face-saving escape hatch, they have Mike Pence to thank.

Pence, the extraordinarily conservative governor of Indiana, broke a lot of conservative hearts in 2015 when he announced that he and the Department of Health and Human Services had come to an agreement on expanding Medicaid in Indiana under Obamacare. He and HHS hammered out a plan in which Indiana would accept federal Medicaid expansion funds and use them to augment an existing low-income health coverage program in the state. Under the agreement, some enrollees in the program would have to pay small amounts into a health savings account, and they’d be subject to temporary denial of service for failure to pay. It was by no means an ideal arrangement, but it was the only way to expand Medicaid in a strongly conservative state like Indiana. Pence, of course, refused to describe it in those terms – he triumphantly cast the arrangement as “Medicaid reform” within the state.

As I noted at the time, Pence’s actions were so upsetting to conservatives mainly because he’d provided a road map for other red-state governors who wanted to accept federal Obamacare money while pretending that they were doing no such thing. And now, according to the AP, that’s exactly what Oklahoma’s Republican lawmakers have in mind: “Despite furious opposition by conservative groups, Republican Gov. Mary Fallin and some GOP legislative leaders are pushing the plan, and support appears to be growing in the overwhelmingly Republican Legislature. Details have not been ironed out but the proposal is based on an Indiana program that received federal approval.”

So expanded Medicaid very well may be coming to one of the most Republican states in the country, and it’s all thanks to a sluggish oil market, misguided conservative tax policy, and Mike Pence.