We need female supervillains, too: “Iron Man 3” almost had one — but "that toy won't sell" 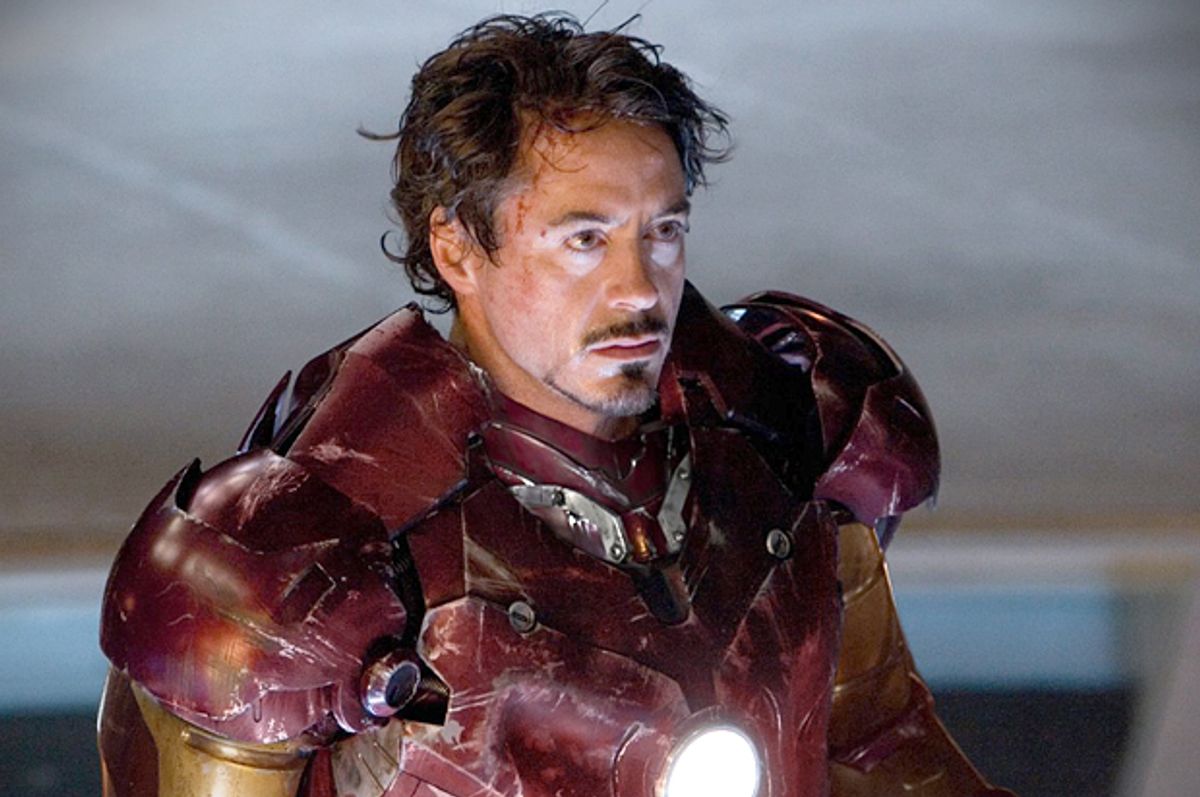 I dream the feminist dream of living in a world where girls and women have all the same opportunities as their male counterparts... to be supervillains. Ladies, we can do it!

"All I’ll say is this, on the record: There was an early draft of 'Iron Man 3' where we had an inkling of a problem. Which is that we had a female character who was the villain in the draft. We had finished the script and we were given a no-holds-barred memo saying that cannot stand and we’ve changed our minds because, after consulting, we’ve decided that toy won’t sell as well if it’s a female. So, we had to change the entire script because of toy making. Now, that’s not [current Marvel Studios head Kevin] Feige. That’s Marvel corporate, but now you don’t have that problem anymore."

Black added, "New York called and said, 'That’s money out of our bank.' In the earlier draft, the woman was essentially Killian — and they didn’t want a female Killian, they wanted a male Killian…. We just got that memo one day and it was about toy sales. That’s all I know."

It's not like this information is surprising. A year ago, even the Hulk himself, Mark Ruffalo, noted that the Marvel universe was going decidedly light on merchandise featuring its female Avenger Black Widow. It didn't help matters that while promoting the film, his costar Jeremy Renner was busily going around calling Scarlett Johansson's character a "slut." Meanwhile, this was also right around the time Hasbro was declaring it had "no plans for at the moment" to release Leia and Asaaj Ventress figures tied to the latest installment in the "Star Wars" franchise. (It later rethought the wisdom of that move.)

Two years ago, "Guardians of the Galaxy" became a worldwide hit — and somehow managed to all but ignore Zoe Saldana's Gamora in the merchandising. And just this week, Deadline reported that CBS passed on an adult reboot of "Nancy Drew" because it allegedly "skewed too female."

But while fan pushback has been leading to louder calls for women and girls to be represented among our heroes, it's clear we also need to start demanding our female villains as well. Television's already there — what would our OMG TV moments be without "Game of Thrones'" Melisandre and Cersei, or "Jane the Virgin's" femme fatale Sin Rostro? Granted, television doesn't lend itself as lucratively to all those sweet, sweet ancillary products and theme park rides that movies do, but it's just sad and stupid that big franchises are so scared of taking chances, so convinced that fans won't buy products that are girl-shaped. And audiences, male and female, don't just need heroes who look like them. We also need bad guys who aren't guys at all.