"I kept it 1,000": Larry Wilmore keeps it real with Chris Hayes about his Washington speech, the media and Obama's legacy 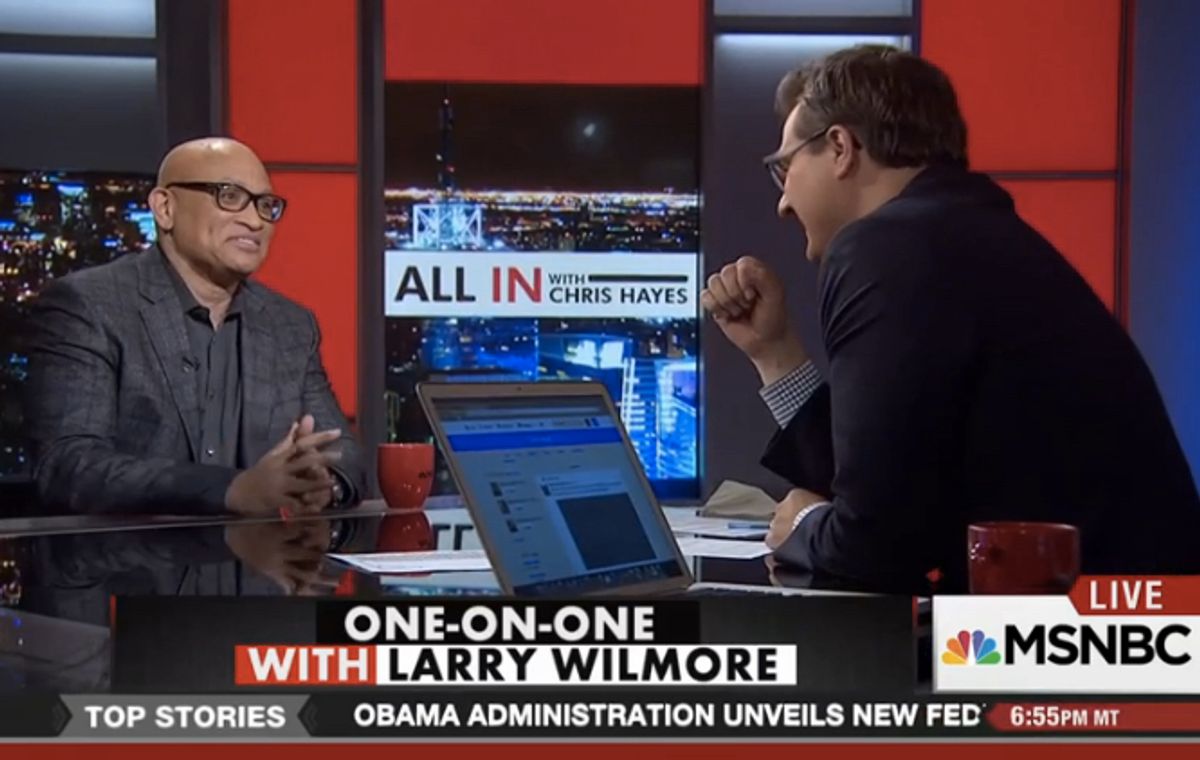 Larry Wilmore and Chris Hayes had a delightful and insightful conversation on the Wednesday edition of MSNBC's "All In," including hilarious bits about the Comedy Central host's controversial White House Correspondents' Dinner address, the humor on "The Nightly Show," and President Barack Obama's legacy.

The thesis of Wilmore's "Nightly Show," the host told Hayes, "is keeping it 100, which means we are going to keep it one hundred percent real."

"You kept it 10,000!" Hayes assured him, referring to his blistering jokes at last month's White House Correspondents' Dinner.

Asked about America's impending transition away from the first black president, Wilmore joked, "I don't know if America is ready for a white president."

"'Do we really want these black people moving out of the neighborhood?' is the question Americans should be asking itself," he told Hayes.

Turning a little bit more serious, Wilmore confidently argued that "the Obama administration is going to be looked at completely differently" in the future. "There isn't much revisionism as far as presidents go," Wilmore acknowledged, "but, I think Obama is going to go way up ... because a lot of this crap surrounding him will be gone."

Watch the interview, including Wilmore's thoughts on Trump, via MSNBC: