Both parties have colossally failed the American people. It was only a matter of time before a strongman stepped in 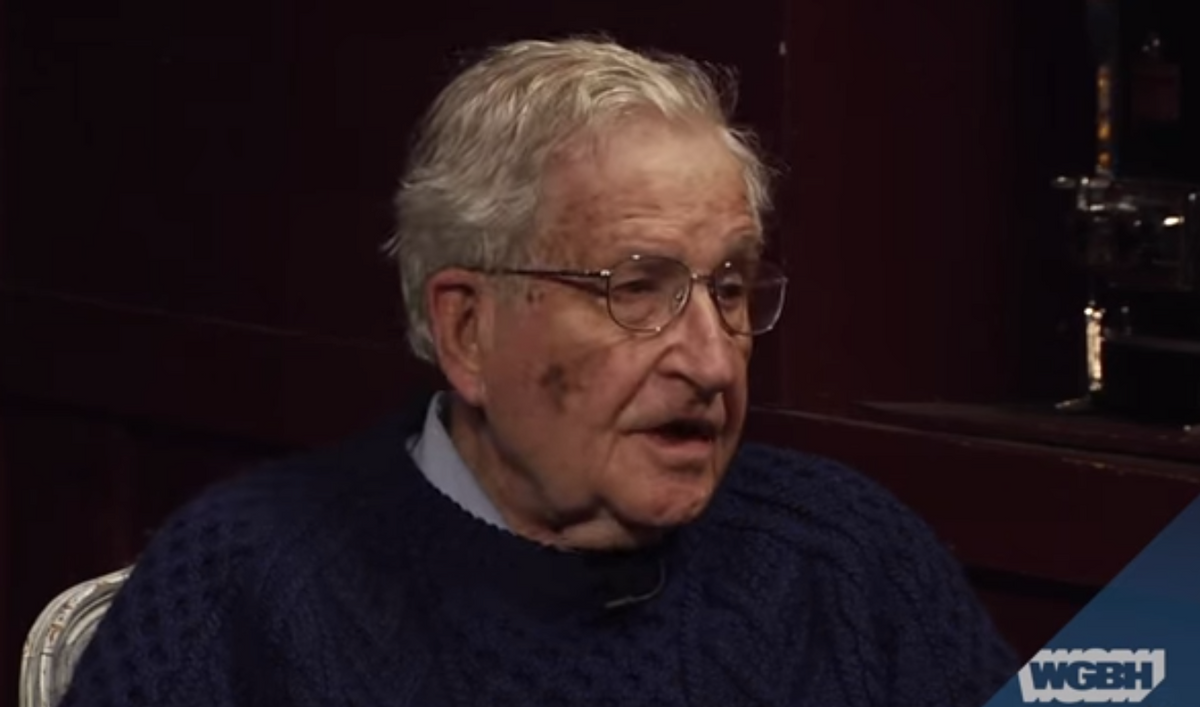 In an interview with Chris Hedges in 2010, Noam Chomsky, the world-renowned linguist and dissident intellectual, remarked that he has "never seen anything like this."

By this, he meant the state of American society, relative to the time in which he was raised — the Depression years — and to the tumultuous state of Europe during that same period.

"It is very similar to late Weimar Germany," Chomsky said. "The parallels are striking. There was also tremendous disillusionment with the parliamentary system. The most striking fact about Weimar was not that the Nazis managed to destroy the Social Democrats and the Communists but that the traditional parties, the Conservative and Liberal parties, were hated and disappeared. It left a vacuum which the Nazis very cleverly and intelligently managed to take over."

For decades, Chomsky has warned of the right turn of the Democratic Party, which has, in an effort to win elections, adopted large swaths of the Republican platform and abandoned the form of liberalism that gave us the New Deal and, later, Lyndon Johnson's Great Society.

"Trump has been viewed with bewilderment by politicians who have divorced themselves from the needs of the people and who have sold them false goods to get ahead. But Trump, as Chomsky's prescient interview demonstrates, was inevitable."

This new approach was canonized by Bill Clinton, who triumphantly declared that the "era of big government is over."

With this declaration, Clinton ushered in a new era of the Democratic Party (the so-called New Democrats), which left behind the working class and cultivated amiable relationships with corporate executives and Wall Street financiers; many of them would eventually occupy key positions in Clinton's government, and many of them emerged once more during the presidency of Barack Obama.

The philosophical bent of the New Democrats was best summarized by Charles Peters in "A Neoliberal Manifesto," in which he defines neoliberalism as an ideology perfect for those who "no longer automatically favor unions and big government or oppose the military and big business." Democrats, since Peters penned his manifesto, have far exceeded the bounds of this seemingly neutral stance.

Today, President Obama, in partnership with congressional Republicans, is lobbying aggressively for the so-called Trans-Pacific Partnership, which has been deemed by critics "NAFTA on steroids." The agreement, if made the law of the land, will encompass 40% of global GDP and will grant massive companies unprecedented power.

Despite President Obama's promises of transparency, the public has been forced to rely on leaked information to glean any specifics about the deal — and, based on the information we have, the agreement is a disaster for workers and the environment and, unsurprisingly, a boon for multinational corporations.

Democrats, in short, have left the working class in the dust, often using "the excuse," as a recent New York Times editorial put it, "that they need big-money backers to succeed."

Republicans, meanwhile, as Chomsky has observed, are "dedicated with utter servility" to the interests of the wealthy, and their party, with its longing for war and denial of climate science, "is a danger to the human species."

So we are faced with a political system largely devoted to the needs of organized wealth, which leaves working people anxious, worried about the future, and, as we have seen, very angry. In essence, political elites — on both sides — have created a vacuum into which a charismatic and loudmouthed demagogue can emerge.

As Chomsky noted in his interview with Hedges, "The United States is extremely lucky that no honest, charismatic figure has arisen. Every charismatic figure is such an obvious crook that he destroys himself, like McCarthy or Nixon or the evangelist preachers. If somebody comes along who is charismatic and honest this country is in real trouble because of the frustration, disillusionment, the justified anger and the absence of any coherent response."

Trump is, of course, not "honest" in any meaningful definition of the word, but his supporters believe that he "tells it like it is." They view him as a no-nonsense straight-talker, a man not confined by the limits of political correctness.

To garner votes, Trump has tapped into the fears and animosities of members of the white working class who previously backed Republicans but now view the party as a collection of bureaucrats who have sold them out.

Trump, they believe, is different. He isn't bought, they say; he uses his own money, accrued by his uncanny deal-making abilities. He's an outsider; he'll stand up to the stuffy elite. And he, above all, speaks the truth about who they perceive as the real enemies — not billionaires like Trump, but illegal immigrants and Muslims.

"What are people supposed to think if someone says 'I have got an answer, we have an enemy'?" Chomsky asked. In Germany, he added, "it was the Jews. Here it will be the illegal immigrants and the blacks. We will be told that white males are a persecuted minority."

"We will be told we have to defend ourselves and the honor of the nation," Chomsky continued. "Military force will be exalted. People will be beaten up. This could become an overwhelming force."

Trump has been viewed with bewilderment by politicians who have divorced themselves from the needs of the people and who have sold them false goods to get ahead. But Trump, as Chomsky's prescient interview demonstrates, was inevitable.

"The mood of the country is frightening," Chomsky concluded. "The level of anger, frustration and hatred of institutions is not organized in a constructive way. It is going off into self-destructive fantasies."

Trump embodies the fantasy: He is the anger, the hammer with which his supporters hope to smash America's institutions and take America back to a mythical, blissful past.

America's political class has not simply faltered under the weight of the Trump phenomenon; its failures created him, and the establishment is now faced with a choice. It will either address the legitimate concerns of the people who are attracted to Trump's fake populism — from his critiques of disastrous trade deals to his contempt for America's foreign policy elite — or it will resign itself to the fact that the Republican Party is now the party of Donald Trump, who says out loud what Republicans have been saying in code for decades.

Rather than attempting to do the former, the establishment is doing their best to "train" Trump, and in doing so they are falling in line, demonstrating precisely the point that Trump has been so successful in exploiting: That American politics is merely a struggle for ideological conformity and party unity, not a struggle for the general welfare of the nation.

Now, Trump is the presumptive nominee of the Republican Party. And the implications, should he emerge from the general election victorious, are grim.

Chomsky has hesitated to put forward any predictions of what a Trump presidency may look like, but, he has said, "to have somebody who's kind of a wild man with his finger on the button that could destroy the world or make decisions with enormous influence is an extremely frightening prospect."

There is much more to be said about Trump — and about the state of American politics broadly. But we can't say we weren't warned.