Poor people, denied a right to a lawyer in civil court, face injustice and even imprisonment. 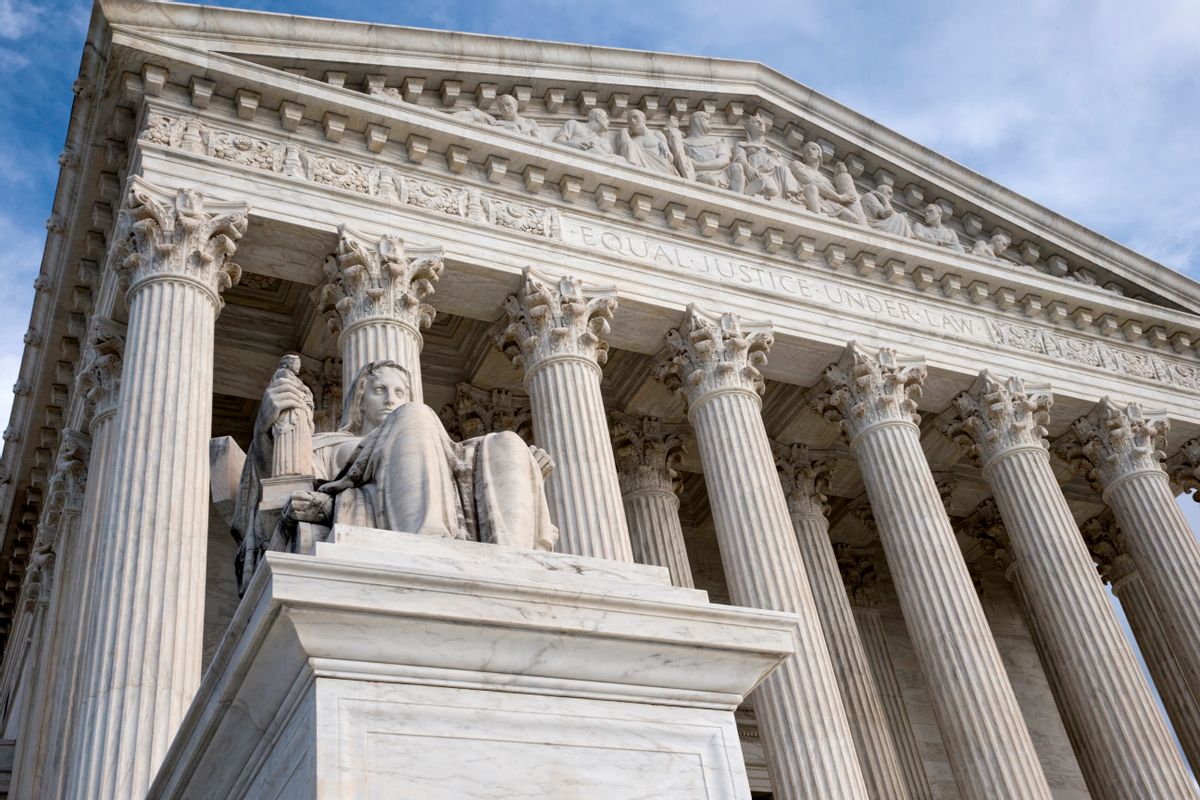 In 2009, Shirley Hall lost her job as a drug and alcohol counselor and received a foreclosure notice on her Philadelphia home. Her life, and the economy as a whole, went into total meltdown. And like many, Hall had no lawyer to assist her. She could not afford one.

“All I could do is cry and pray,” says Hall, now 58. “That’s all I did. And try to keep it a secret from my family…I was embarrassed.”

Then one day, walking through Center City, she came across Community Legal Services' office. The legal aid firm, which provides assistance to those too poor to afford an attorney in civil matters, saved her home.

“Rasheedah Phillips was my attorney,” says Hall. “She brought me to tears she was so good. She was there every time we had a court hearing, which was every month. They walked me through everything, paperwork…She made me strong.”

Without CLS, “I would have lost it,” says Hall, referring to more than just her home. “Because I was a basket case.”

Many poor people with civil legal needs, however, face important matters in court alone because unlike in criminal proceedings, there is no Supreme Court-recognized right to an attorney in civil court. And a lot of really big issues come up in civil court. Eviction. Debt collection. Child custody. A protection order against an abuser.

“The cost of legal assistance is prohibitively high for working people,” says David Udell, executive director of the National Center for Access to Justice at Cardozo Law School. “People too often do not realize that the civil justice system in many ways involves matters that are just as high stakes as criminal matters...if forced to choose, for many of us, a night in prison might be preferable to facing the permanent loss of our legal right to parent and raise our own biological child.”

There are nearly 110 million Americans so poor that they qualify for free legal aid, according to the center’s recently-released Justice Index 2016. But there is less than one civil legal aid lawyer for every 10,000 of them.

Another Philadelphia woman, who spoke on the condition that her name not be used, was for years too intimidated to fight the system on her own. Two decades ago, she was cited for child abuse by the city’s Department of Human Services after school officials discovered she had disciplined her kindergartner with a belt. She was just about 18 or 19 years old at the time, she recalls, and was still learning how to parent. She was living in subsidized housing, and had dropped out of high school.

For a long time, she had wanted to have her record expunged, but the process was daunting. And she anxious, guilty, nervous and worried. Since the incident, however, she had gone back to school, and earned a bachelor’s degree in social work. The child abuse record, however, weighed on her, and it stood in the way of her getting a job with children.

In 2014, she had a “spiritual awakening,” and realized that she needed to have her record expunged. “I was led by the lord to go back and call Community Legal Services,” she says.

“She totally saw that I am not the same person,” referring to her lawyer, Suzanne Young. “Through the years I’ve grown, I’ve learned. As we all should do.”

She earned her bachelor's degree at age 39 and can now seek work without a scarlet letter on her resume. Without legal aid, she never could have.

“I don’t have money for a lawyer. I’m on a fixed income. I just didn’t have it to pay for a private attorney. So I really thank them for taking the time.”

In South Carolina, a state court ordered Michael Turner to serve one year in prison for failing to pay child support. Neither Turner nor the mother of his child were represented by an attorney during his contempt hearing, and the court didn’t bother to explicitly determine whether or not Turner had the ability to pay before jailing him. Turner appealed to the U.S. Supreme Court, arguing that if he had a lawyer, he would have been able to demonstrate that he in fact could not pay. By the time the Court took up the case, Turner had again been jailed repeatedly for contempt.

“I just got out [of jail],” he told an unmoved court. “I done a year ’07 to ’08, got out for like four months. I’ve tried to find a job. I, honest to God, have tried this time. There’s no work out there hardly for carpenters. I couldn’t find anything, so I been putting in applications in grocery stores, you name it. I’ve got in applications. I have tried. I’ve honestly tried this time. That’s all I can say. I can’t find no work.”

In 2011, the Court ruled in favor of Turner, noting the court’s failure to determine whether or not he could pay. But they still unanimously found that there was no automatic right to an attorney in civil proceedings that could result in incarceration.

It’s not just access to a lawyer that pose a big problem to equal justice for the poor, according to the National Center for Access to Justice's index. Forty-five states don’t dedicate staff to assist mentally ill people. In Indiana, you can actually be committed without having spoken to an attorney. Nearly half of all states don’t require that non-English speakers receive access to a certified interpreter. Court fees are common place barriers, and only 12 states require that court staff inform people that fees can be waived for those too poor to pay. Navigating these obstacles without a lawyer is all the more daunting.

For legal aid firms, the lack of a right to counsel forces them to perform triage. At Greater Boston Legal Services, two-thirds of the people who seek their services are turned away, says attorney and development director Zoe Cronin. And that’s coming from a subset of the general population of poor people who knew about legal aid and didn’t just try to deal with their problem on their own.

Making a choice about who to turn away isn’t easy. They take a cold assessment to determine what cases could cause the most harm if they don’t help, or if one person’s case could have a broader social or legal impact. So they might take a case from someone facing eviction from a major landlord that might result in a broader a settlement affecting a larger group of tenants.

For domestic violence victims seeking services like a restraining order, however, the calculus they are forced to rely is downright chilling: the Boston legal aid firm undertakes a “lethality assessment” to determine just how likely a person is to be killed by seriously injured by their partner if they don’t intervene.

“It is terrifying, right?” says Cronin.